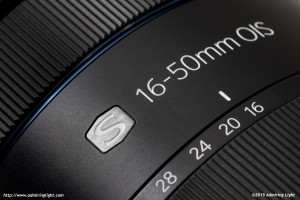 The Samsung 16-50mm f/2-2.8 S OIS is the premium standard zoom for the Samsung NX system, and Samsung has done a great job overall with this optic.  The lens is sharp, has nice bokeh, great color and contrast, a fast focus motor and image stabilization.  It is also an impeccably well-constructed lens with outstanding mechanics and an extremely solid build.  It’s not a perfect lens, though, and is let down a bit by worse than average chromatic aberration control and a few other relatively minor optical flaws.  In all, I think it’s an outstanding optic, and would be the first lens I would want to purchase with the NX system.  The $1149 price means it’s not a cheap lens, but there’s nothing to complain about with regards to price.  The optics and build quality combined with an ultra-fast aperture and optical stabilization make the lens worth the asking price.

Buying your photographic equipment (or anything) through the B&H links helps support Admiring Light at no additional cost to you.