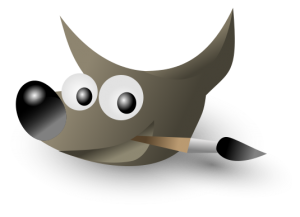 Photoshop CS6 was released yesterday.  It includes several big improvements over CS5 including a new processing engine that speeds up the program significantly, additional video tools and some excellent additions to the content-aware toolset, among other changes.

But, what if Photoshop is just too darn expensive?  I bit the bullet years ago and purchased Photoshop 7, and have since upgraded to CS2 and then to CS5. I’m still debating whether to upgrade to CS6, but let’s face it…not everyone needs Photoshop.  This is especially true with the outstanding photographic organization and processing programs like Lightroom and Aperture, both of which can catalog your images and provide a very powerful means of doing most adjustment needed by photographers.  Many people only need Photoshop for the occasional cloning or layer work.  Is it worth the $700 price of admission for Photoshop just for that?  Only you can decide, but what might make the decision easier is knowing there is a very powerful photo editor that is 100% free, and it’s the open-source GIMP (GNU Image Manipulation Program)

GIMP very recently released the long-awaited version 2.8, which includes an updated interface and several big upgrades to the toolset which brings the free program closer to Photoshop in functionality.  You won’t find Photoshop’s killer processing features like Content-Aware Fill or even the ability to do Actions, but all the big tools are there and work very well.  GIMP has full layer management, editable text, curves, levels, channel mixer, sharpening, a wide variety of filters, perspective correction and other transformation tools, cloning, healing, a history panel and much more.  Basically, it has the functionality of Photoshop from a few versions back.  It’s a very powerful editor, and best of all, it’s 100% free.

The downside to GIMP is the fact that you are missing some key features of Photoshop; mainly the big ‘wow’ features from the past few releases, as well as the ability to do quick actions.  There is also a bit more of a learning curve with GIMP, as some of the tools are in odd locations or don’t work the same as they do if you’re familiar with Photoshop (for instance, Unsharp Mask values are wildly different, with the ‘Amount’ slider being basically a multiple of 1/1000 that in Photoshop (0.10 = 100%).  It takes some time to work through these quirks, and GIMP 2.8 corrects a lot of the bad interface design that was found in GIMP 2.6.  It’s closer than ever to a true Photoshop replacement, and even for many serious photographers, GIMP 2.8 + Lightroom might be just what they need.

5 thoughts on “Photoshop CS6 Too Pricey? Get GIMP!”