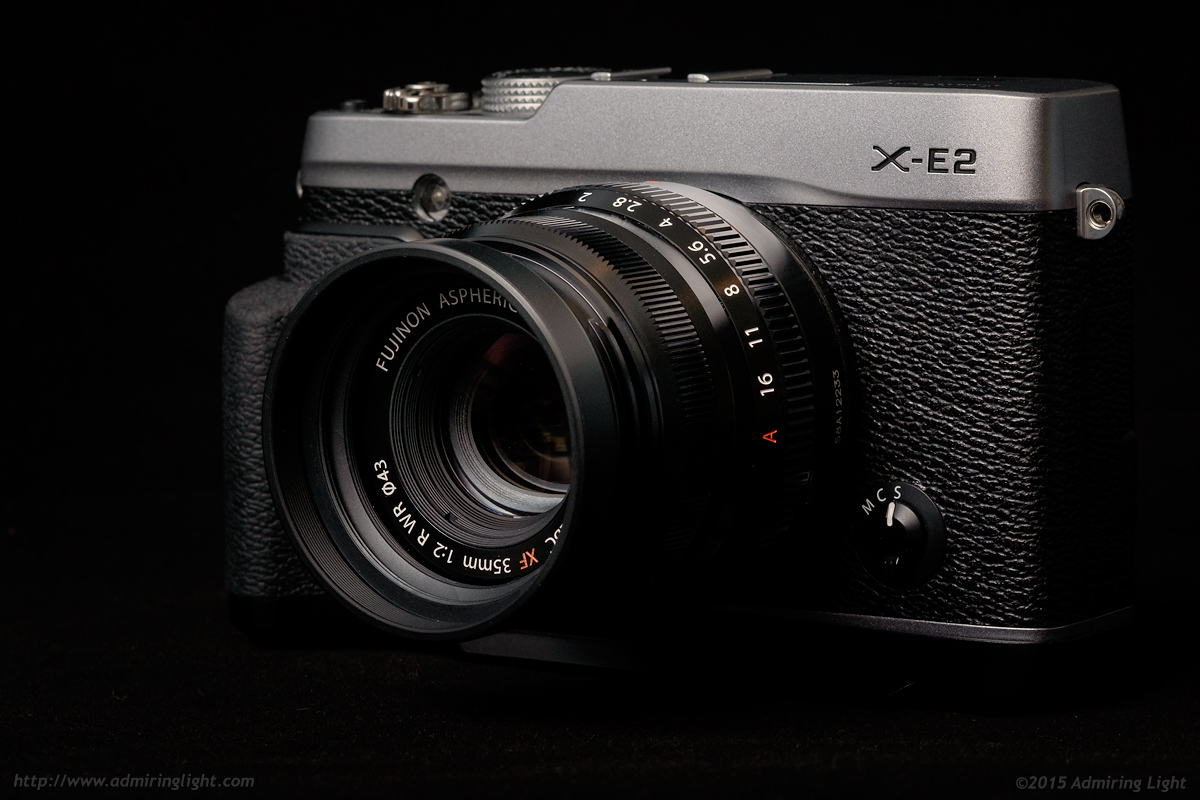 The Fuji XF 35mm f/2 R WR is the first prime lens that Fuji has released that duplicates an existing lens in focal length, as it joins its older f/1.4 brother as a second normal prime option for the X-Series. While the 35mm f/2 isn’t significantly smaller, it has a few other tricks up its sleeve that may make it an attractive option in place of the 35mm f/1.4, such as weather sealing and a faster and quieter focus motor.  Can the optics also make it something worth considering for the serious shooter?

The XF 35mm f/2 is a compact and very solidly built lens.  The lens body is constructed entirely of metal with extremely tight tolerances. The lens is relatively small, but feels dense and precisely machined. It is honestly reminiscent of a high quality rangefinder lens from Zeiss or Leica, and the wide mount side that tapers to a small front element helps solidify that feeling.

The lens carries the ‘WR’ designation from Fuji, indicating that it is sealed against dust and moisture.  This should provide protection from light rain or occasional splashes of water when used on a weather-sealed camera, though I wouldn’t expect it to resist heavy water splashes or intense rain for an extended period of time.

The aperture ring is among the best on a Fuji lens, if not the very best.  It’s well damped and features satisfying clicks at each 1/3 stop increment.  The ring almost has a feeling of being geared, and it really adds to the feel of quality and craftsmanship.  The narrow manual focus ring is also well damped and smooth to operate, though the fly-by-wire focusing system doesn’t feature the clutch mechanism found on Fuji’s wide-angle primes.  While I’d like to have that feature on this lens, given the small size it’s an understandable omission.

The size makes it a perfect mate for any Fuji X body, and it feels especially suited to something like the X-T10 or the rangefinder styled bodies, at least in the aesthetics department.  The narrow front should also provide better clearance for the optical finder of the X-Pro 1 (and the rumored winter release of the X-Pro 2).  In all, I really like the feel, size and weight of the 35mm f/2.

Unlike the unwieldy pinch-style hood that accompanies the XF 35mm f/1.4, the 35mm f/2 comes with a super-tiny plastic lens hood that provides some minor protection from the front element and shields the widest oblique light rays.  The hood is a screw-in type, but the extremely small size is roughly the same depth as the included pinch-style lens cap, so when storing the lens, it’s the same length with or without the hood if the lens cap is in use. This minimalist approach is fine, but it also is the only cheap-feeling thing about the lens package. It’s a flimsy hood and really feels a bit off considering how nicely constructed the lens is.  There is an alternate metal bayonet-mount hood that will be available (the LH-XF35-2), but as of this writing, I’ve yet to see it in stock at any US retailer.  The alternate hood is a rather eye-opening $60 purchase, however.

One of the most criticized things about the XF 35mm f/1.4 is the somewhat slow and rather loud autofocus micro-motor. There are no such issues with the 35mm f/2. The XF 35mm f/2 features what is perhaps the fastest focus motor of any X-series lens, and it is dead silent.  In good light, focus is extremely fast and exceedingly accurate.  The focus locks quickly and surely, without hesitation.  When used for continuous autofocus, I had a very high hit rate when tracking cars and trucks coming towards me at approximately 35 MPH, so the lens should perform well for most any continuous focus situation when using a camera with phase-detect capabilities (right now, this includes the X-E2, X-T1 and X-T10).

The lens focuses internally, so there is no change in physical length during focusing, and as I mentioned earlier, the lens is silent during focusing.  Overall, it’s a big improvement over its faster f/1.4 brother in the autofocus department.