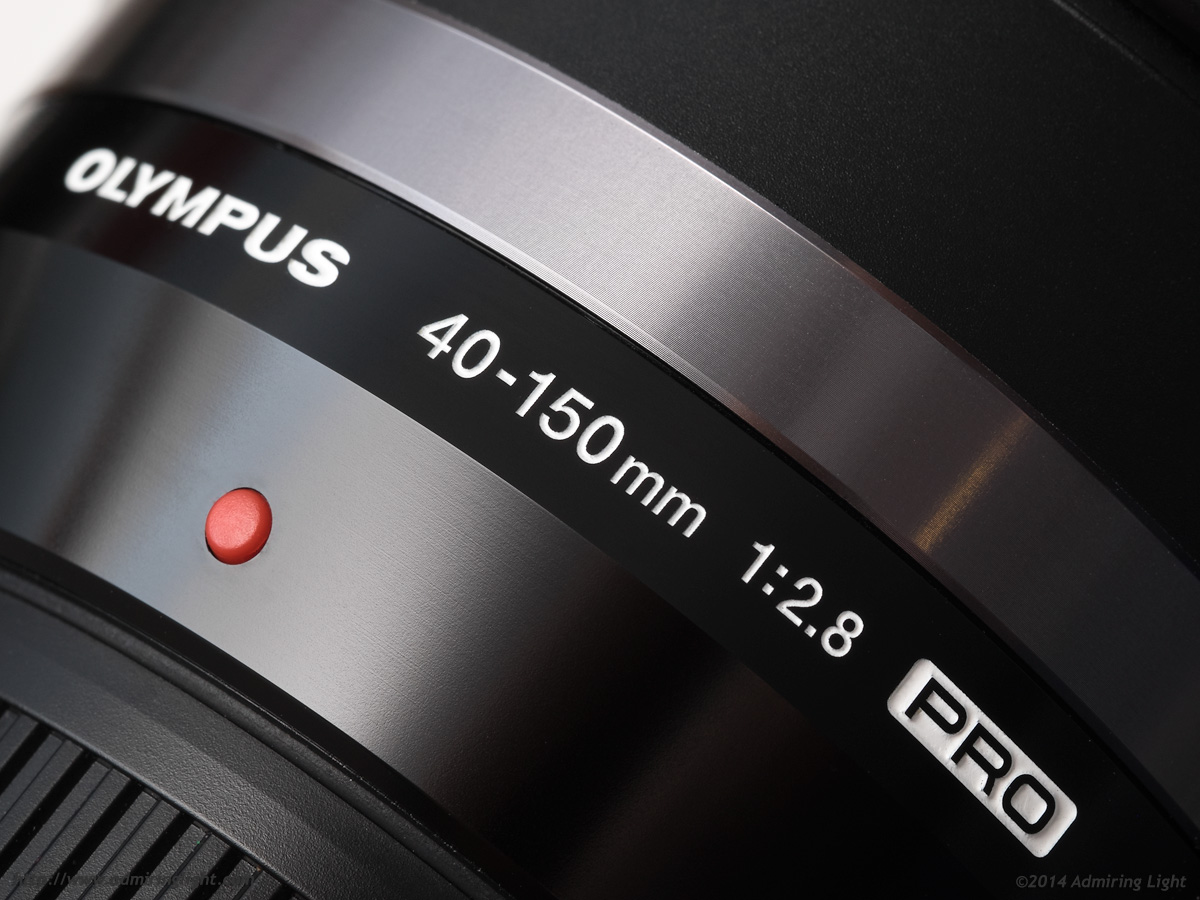 2014 is shaping up to be the year of the professional grade telephoto zoom lens.  Sony started off the year with their full frame 70-200mm f/4 for E-mount, and Olympus, Fuji and Samsung all announced new f/2.8 zooms at Photokina this year.  Today we’re looking at Olympus’ brand new M.Zuiko 40-150mm f/2.8 Pro lens, which is the only one of the new lenses to go longer than the typical 200mm equivalent. The 40-150mm f/2.8 has a field of view similar to an 80-300mm lens on full frame, with a constant f/2.8 aperture and a professional grade build with weathersealing.  This is the second f/2.8 telephoto lens for the Micro 4/3 system, after Panasonic released their excellent 35-100mm f/2.8 a few years back.  Olympus is really focusing on high-grade optics with their PRO line, and expectations are high for this lens.  The lens retails for $1,499, but given the range, speed and build quality, that price point isn’t unreasonable, given that the lens performs to expectations.  Let’s see if it does.

As you’d expect from an f/2.8 telephoto zoom, the 40-150mm f/2.8 PRO is not a small lens.  Well, it’s not a small lens for the Micro 4/3 system, anyway.  While the 40-150mm is compact in comparison to full frame 70-200mm lenses, compared to the other lenses in the Micro 4/3 system, it’s a monster.  This is not a discreet lens that fits in a tiny bag.  It’s got some size and some heft, and you definitely feel the weight when you first pull it out.  However, after walking around with it for a while, you do realize the benefits of the smaller Micro 4/3 system. Even with the battery grip as outfitted above, the camera and lens did not weigh me down while I was out shooting with it.  I definitely recommend shooting with some sort of gripped camera, however, with either the accessory grip on an E-M5 or an Olympus E-M1.  The lens will handle well on the larger Panasonic bodies as well, such as the GH3 or GH4, but given the lack of optical stabilization, you’ll want to use a camera with in-body IS if you can.

The lens is extremely solidly constructed of high-grade metals on the tripod collar, lens barrel and mount, with top grade plastics for the hood, zoom and focus rings.  The zoom ring is well damped and moves extremely smoothly.  The lens is both internally focusing and zooming, so the overall length stays constant at any focal length.

The focus ring utilizes a focus clutch mechanism to easily switch between autofocus and manual focus operations, much like the Olympus 12mm f/2 and the 17mm f/1.8.  When the focus ring is forward, the lens will utilize autofocus, but the focus ring can still be turned for full-time manual focus adjustment and fine tuning after utilizing the autofocus motor.  When the ring is pulled back, a distance scale is revealed and the lens switches to manual focus mode.  There are hard stops at each end when the ring is pulled back, and while the feel is nice, it’s still a focus-by-wire system.  Much like the 12mm f/2, though, manual focus with the ring pulled back is in discrete steps, and, especially at further focus distances, this makes achieving extremely precise focus during manual focusing somewhat more challenging.  I’m not sure why the same fine focusing ability that is available in autofocus isn’t there in manual focus mode.

Being a relatively heavy and long lens, the 40-150mm comes with an included tripod collar.  Like all collars, turning the knob on the foot will allow you to rotate the camera between horizontal and vertical orientations without adjusting your tripod.  The collar turns smoothly and is well constructed.  The collar can be removed from the lens by flipping the foot to the top of the lens and sliding it off the mount end.  While this may be desirable in an effort to reduce overall size, I preferred to simply leave the collar on all the time.

One nice feature of the 40-150mm f/2.8 is the included lens hood.  After years of failing to include accessories like lens hoods with even their high-end lenses, it’s nice to see Olympus has reversed the trend recently.  Not only do you get the tripod collar in the package, but a very ingeniously designed lens hood is included as well.  The hood clips on like any other bayonet-mount lens hood, but instead of reversing, the hood slides back and forth in a similar manner to that of the hood for the Olympus 60mm f/2.8 Macro.  To extend the hood, you simply pull on it until it clicks into place.  To retract the hood, a gentle twist on the spring-loaded ring around the outside of the hood will release the lock and allow you to slide the hood back into the compact position.  This mechanism improves speed of operation and convenience, and it was really nice to use in practice.  I have to say, though, with the hood retracted, the lens looks really fat. It is reminiscent of a shrunken version of a 200mm f/2.0 lens for full frame cameras.

The 40-150mm f/2.8 is billed as a pro lens, and as such, focus speed is important.  For the most part, I found the 40-150mm f/2.8 to focus extremely quietly, quickly and accurately.  In good light, focus was nearly instantaneous, and accuracy was outstanding.  Unfortunately, I don’t own a Micro 4/3 body that has Phase-Detect AF capability, so I couldn’t really test continuous autofocus, but the focus speed is fast enough that I have no doubt it would perform as well or better than the other very fast focusing Micro 4/3 lenses.

However, I did notice that in lower light, the lens had a lot more problems.  While the lens did OK in most situations in dimmer light, there were plenty of times it went sort of crazy hunting.  Because of the sheer speed of the focus motor, it hunts very quickly, but there is no doubt that, at least on the E-M5, it does have a tendency to hunt in some instances indoors and at night.

One nice feature is the great close-focusing ability of the lens.  With the broad focal range to 300mm equivalent and the close focusing distance of only 0.7m, the 40-150mm f/2.8 is capable of capturing subjects as small as about 3 inches across. While this is well out of macro territory, it is great for closeups of flowers or other small objects, as well as extremely tight portrait work.