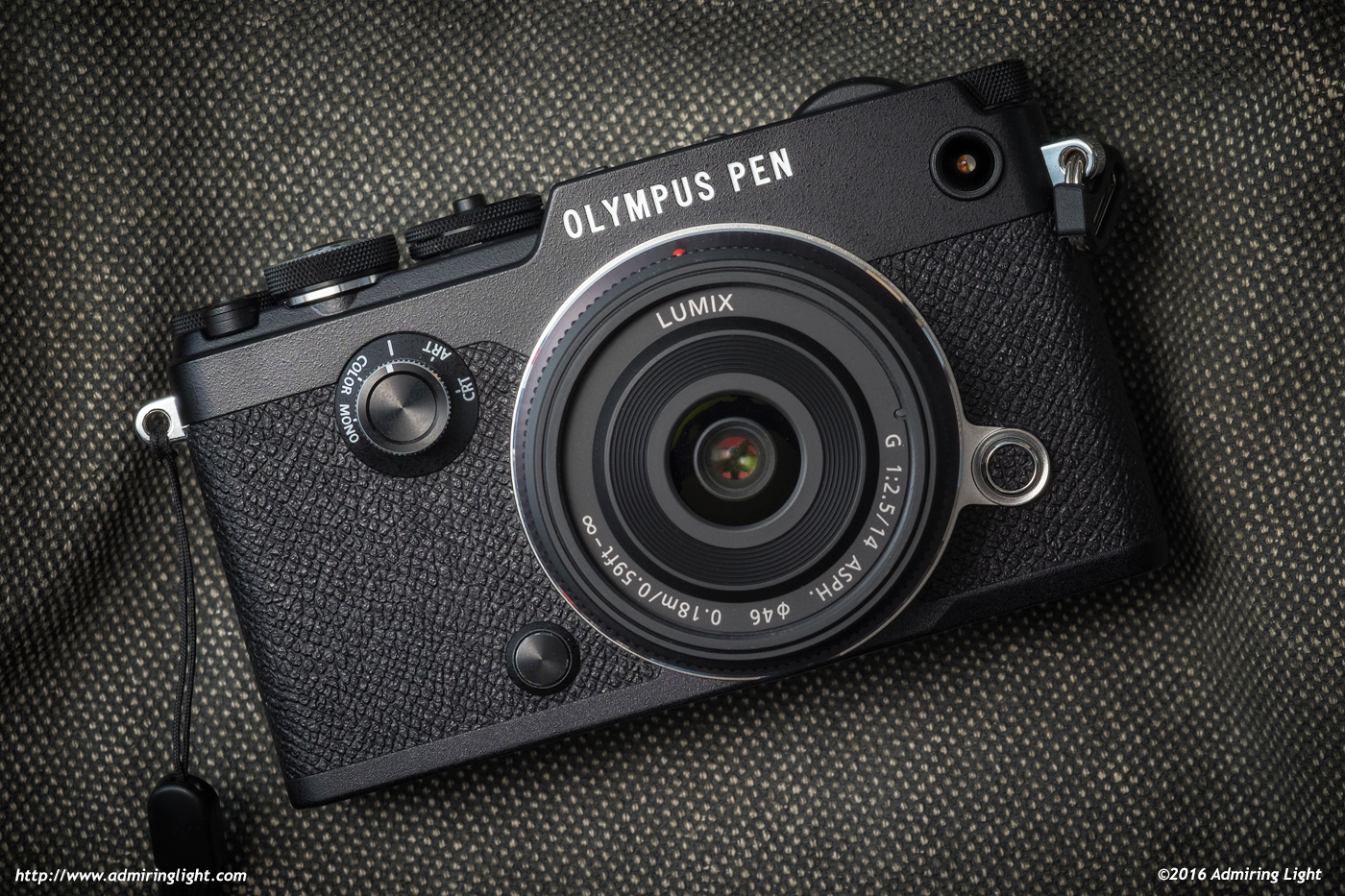 The Pen-F is the first Olympus camera to have an upgraded 20 megapixels image sensor, and follows the Panasonic GX8 as the second Micro 4/3 camera at that resolution.  Let’s see how it performs.

While the sensor in the Pen-F is ‘all new’, I can’t say I see much difference with regards to dynamic range and color.  The dynamic range is still very good, and competitive with many APS-C sensors on the market, but falling short of the most recent APS-C efforts. This is most visible as a bit of a harsher transition of tones in the highlights and deep shadows.  This sounds bad, but it’s a very subtle difference to be honest. Despite trailing some of the competition in the mirrorless space, the Pen-F’s dynamic range is still good enough to provide a wide range of tones that will capture the majority of scenes in a single capture.  The Pen-F, like most Olympus cameras, tends to gear their RAW files towards underexposure, so you’ll likely have a fair bit of highlight headroom to recover in your RAW files, while shadows tend to get noisy a bit faster than larger sensors.  Still, the performance here is similar to the later 16 megapixel sensors used by Olympus, which should be plenty for most photographers.

Color response is typical Olympus, which is excellent. Olympus manages excellent tonality and color in the JPEG files, and the RAW files react very well to color adjustments.  The resulting images are natural, but with some vibrance, which I find very pleasing.

The Pen-F’s big advantage over earlier Olympus cameras is in the extra detail the 20 Megapixel sensor can provide.  The move from 16 megapixels to 20 is a modest one, but the Pen-F seems to make the most of this move.  I felt that the improvement in resolution felt more than you’d expect from the move to 20 megapixels, and I can’t really explain why.  Perhaps it’s the slight increase in detail combined with Olympus’ excellent contrast curves, but I felt the detail popped quite a bit with this camera.  You’re not going to be able to print appreciably larger due to the 4 megapixel increase, but I think you’ll see a small, but visible difference in prints at 12×18″ and larger.

With an increase in pixel density, there’s often an increase in noise, and thankfully, the Pen-F avoids this pitfall.  Per-pixel noise seems very similar to earlier MIcro 4/3 cameras at lower ISOs and a slight improvement at 100% at higher ISOs, but since each pixel makes up a smaller part of the image, the overall noise level in the image is definitely lower.  The change isn’t huge, but it gives a bit of extra breathing room at the high end, and I’d put the advantage of the Pen-F somewhere around a half a stop over something like the E-M5 Mark II.  The Pen-F looks good to ISO 1600, while ISO 3200 images are perfectly usable when exposed correctly.  ISO 6400 gets a bit noisy, but with proper noise reduction can still produce good prints and excellent web reductions.  ISO 12,800 gets into the realm of web use and small images only. I’d avoid 25,600 altogether.

There’s been no change with regards to the Olympus JPEGs.  The camera still produces extremely high quality JPEG images that are among the best in the industry. Images are saved with minimal compression, have nice natural colors and contrast.  There is a bit too much smoothing in the noise reduction algorithm when set to default, but adjusting that setting down helps improve the results quite a bit.  Once noise reduction is lowered, JPEGs yield a fair bit more detail and, in my opinion, a more natural looking file that is truly excellent.

As I note at the beginning of each review, I’m not a videographer, so for a true look at the video features, I’d look to other review sites.  The Pen-F can shoot 1080p video at 60, 30 and 24 frames per second (though getting to 24p is a bit tricky at first).  There’s no microphone input, so serious video shooters will want to look elsewhere.  One thing most everyone can enjoy, though, is the excellent IBIS system when shooting in video mode, which creates very stable handheld movies.