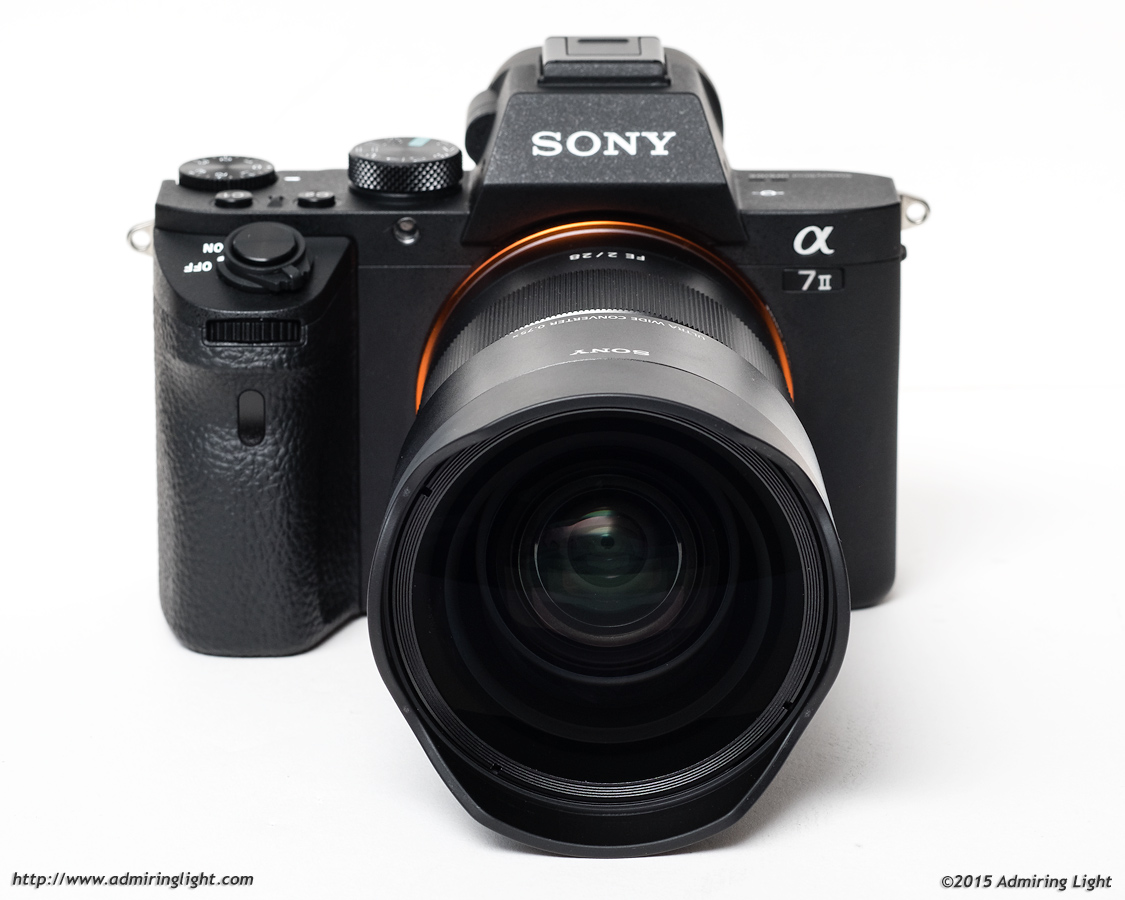 As I mentioned earlier, most add-on conversion lenses tend to do a number on image quality vs. the native bare lens.  While there is some loss of definition to the files, I was very pleased to see that overall image quality of the FE 21mm f/2.8 combination was actually quite good.

Sharpness is the thing that suffers most with these conversion lenses, but overall, the FE 21mm conversion lens bucks this trend fairly well.  While distortion correction does cause a notable reduction in corner sharpness, which I’ll talk more about in a bit, I was generally quite happy with the sharpness the FE 21mm produced.  Starting from wide open, the lens starts with good central resolution, though rather poor edges and corners.  However, upon stopping down to f/5.6 or smaller, the edges sharpen up considerably.  While it’s not going to achieve critical edge-to-edge sharpness, as you might expect, the central 80% of the frame becomes very sharp, while the edges and corners do sharpen to a good level.  While it’s not the sharpest ultra-wide lens in the world, it’s definitely good enough for most shooting, especially if you don’t shoot ultra-wide-angle a tremendous amount.  Click on the image below and click the green arrow at the bottom of the screen to view the image at full size to get an idea of what you can expect.

I’m combining a few categories here, as in many cases there are close similarities to the FE 28mm f/2 that makes up over half the optical path when using the UWA converter.  The UWA converter doesn’t appreciably alter the color, contrast or bokeh characteristics of the FE 28mm.  The bokeh remains quite creamy when shot close up, and still fairly nice further away, though a bit more nervous.  Color is natural and contrast is good without being overly punchy.

If you’ve read my FE 28mm review, you’ll know that lens suffers from rather strong barrel distortion, and the UWA conversion lens simply adds to that distortion.  In the major weakness of the FE 21mm, heavy barrel distortion will require digital correction for almost all shots.  Simply consider it part of the workflow.  Thankfully, JPEGs are automatically corrected and Lightroom has a profile as well that eliminates most of the distortion, though I found I often needed to add an additional few steps of correction beyond the profile.

While the FE 28mm performed quite well with regards to chromatic aberration, this is another area where the conversion lens adds a bit of fault.  While lateral CA is still negligible, some purple fringing can be induced with the FE 21mm, especially at wide apertures.  Vignetting, however, is actually slightly reduced with the 21mm converter attached.

Flare resistance, thankfully, continues to be excellent, with the FE 21mm turning in a performance with minimal ghosting and virtually no loss of contrast when shooting into bright light.