The A7R series has always been where Sony has debuted new EVF technology, and the A7R IV is no different.  The A7R IV debuts a new 5.76 million dot electronic viewfinder, which is a substantial resolution upgrade from the earlier 3.7 million dot finder found in the A7R III and a huge upgrade over the 2.44 million dot finder in the A7 III.  The increased resolution is definitely visible, and the large 0.78x magnification makes the viewfinder both very large and very clear.  The viewfinder defaults to a 60Hz refresh rate, though it can be bumped to 100Hz by changing the EVF refresh rate to high in the settings.  Do note, however that upping the refresh rate will reduce the resolution of the EVF. 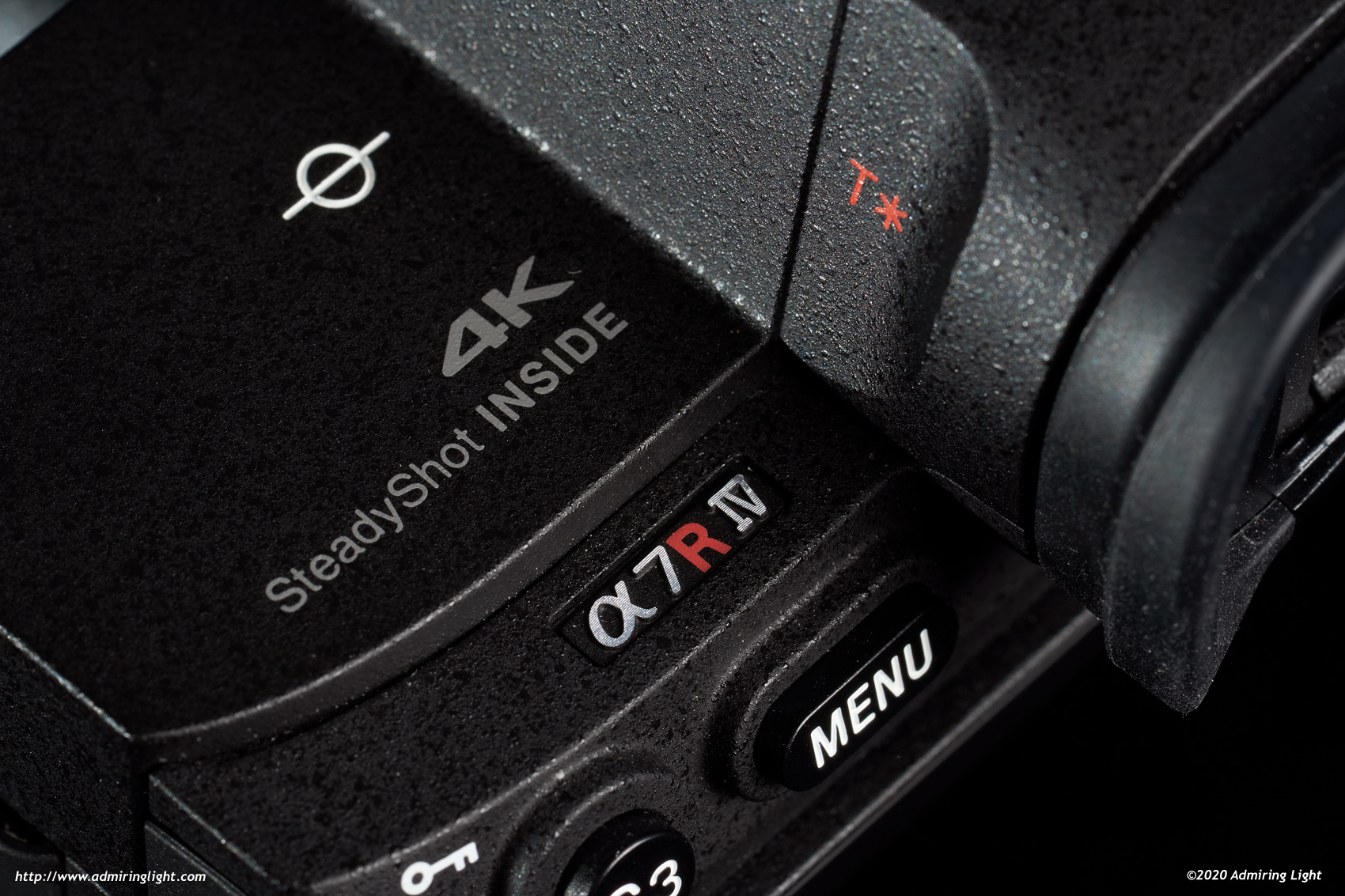 While the EVF is an improvement on earlier Sony bodies, and is overall quite good, it isn’t quite as natural looking as some of the other EVFs in the market, despite the excellent resolution.

The rear screen on the A7R IV is 1.44 million dots, which is generally fine, but is pretty low resolution compared to a lot of competitors, many of which have 2 million dot rear screens that are clearer.

As I mentioned earlier, the rear screen is touch capable, but Sony hasn’t seen fit to take full advantage of the hardware.  Swiping through images, touching to focus or change focus point and use of the rear screen as a focus point trackpad is all possible, but that’s where the capabilities end.  Menu navigation, on-screen buttons, etc are all only usable with the joystick or four-way dial.  This is pretty lame for a camera released in 2019, especially one that sits as the company’s flagship.

Sony’s autofocus systems have been best in the mirrorless world for the last few years, and the A7R IV inherits all of that legacy and incorporates all of the latest functions, with 425 phase detect autofocus points, real-time Eye-AF and real-time tracking.  The AF points cover almost the entire sensor vertically, and about 80% of the frame horizontally, providing near full-frame coverage of the sensor.

Autofocus performance on the A7R IV is very similar to that of the a6400, which is excellent.  While the slower sensor refresh doesn’t allow the R IV to keep up with the A9 series at the absolute pinnacle of mirrorless AF performance, the A7R IV provides fast, accurate autofocus in both single shot AF and continuous AF.  The real-time tracking and real-time Eye AF are game changing technologies, and I was extremely glad to have these capabilities on my full frames body after experiencing them on the a6400.

Real time tracking allows you to start focusing on an object, and the camera will track wherever it goes in the frame.  Combined with the ability for the camera to grab eyes anywhere in the frame, taking candids of people has never been easier.  The camera just grabs the eye, holds on and doesn’t let go, even if your subject is moving around.  For capturing photos of children, it’s simply brilliant, as you can focus on the composition and capturing the decisive moment, rather than constantly fiddling with the AF joystick to position your focus point.

As I noted in my a6400 review, it’s also really nice for macro work and wildlife as well.  The camera just sort of melts into the background and allows you to focus on the image, rather than your focus settings.

Shooting at these frame rates while pumping 60 megapixel images into the frame buffer uses a tremendous amount of data.  As you’d expect, the buffer isn’t quite as large as on many other cameras, but given the data requirements, the buffer certainly isn’t bad at all.  If you insist on shooting uncompressed RAW files, which weigh in at a hefty 120 MB each, the buffer is a middling 32 frames when shooting at 10 FPS.  If shooting heavy bursts, you certainly could run into a limitation here.  However, move to compressed RAW or JPEG shooting, and the buffer extends to a very respectable 70 frames or so, which should satisfy all but dedicated sports photographers, and even they would probably do just fine with that buffer in many situations.

Helping with the large data requirements is the fact that both SD card slots are now UHS-II capable, rather than the single UHS-II slot on earlier models.  This is especially helpful since the mark III bodies would write at UHS-I speeds to both cards if using two cards, even if writing less data to the UHS-I slot.  With both cards now being UHS-II, that limitation no longer applies. Even with the extra speed, writing the 120MB uncompressed RAW files takes a second or two to write full from the buffer to the card.

It’s worth noting that not all UHS-II cards are created equal, and the A7R IV craves fast cards due to the sheer size of the image files.  Ali Griffin has done some fairly extensive testing on a variety of SD cards, and found that Sony’s own SF-G Tough cards were the fastest in the A7R IV, maxing out the camera’s write bandwidth at 200MB/s.  SanDisk’s Extreme Pro 300 was just behind.  As these cards are exceptionally expensive, I have opted for the much more budget friendly, but still very fast Sony SF-M Tough UHS-II cards, which have the same extremely strong build quality as the SF-G Tough cards, and work very well with the A7R IV. In my testing, the A7R IV is able to write to the SF-M cards at the card’s rated speed of 150MB/s.  I’ll take the slight speed reduction for the huge cost savings.  They’re good cards.

The general camera performance of the A7R IV is also quite good, with little to no lag in entering menus, and shutter lag is low.  However, Sony still has a few odd delays built into certain operations that are a bit frustrating in this day and age.  The camera takes longer than most to turn on and be ready to shoot, with about a two second delay from power on to shot.  Also, certain settings can’t be changed when the camera is writing an image to the card, such as drive mode.  These quirks should be a thing of the past by now.