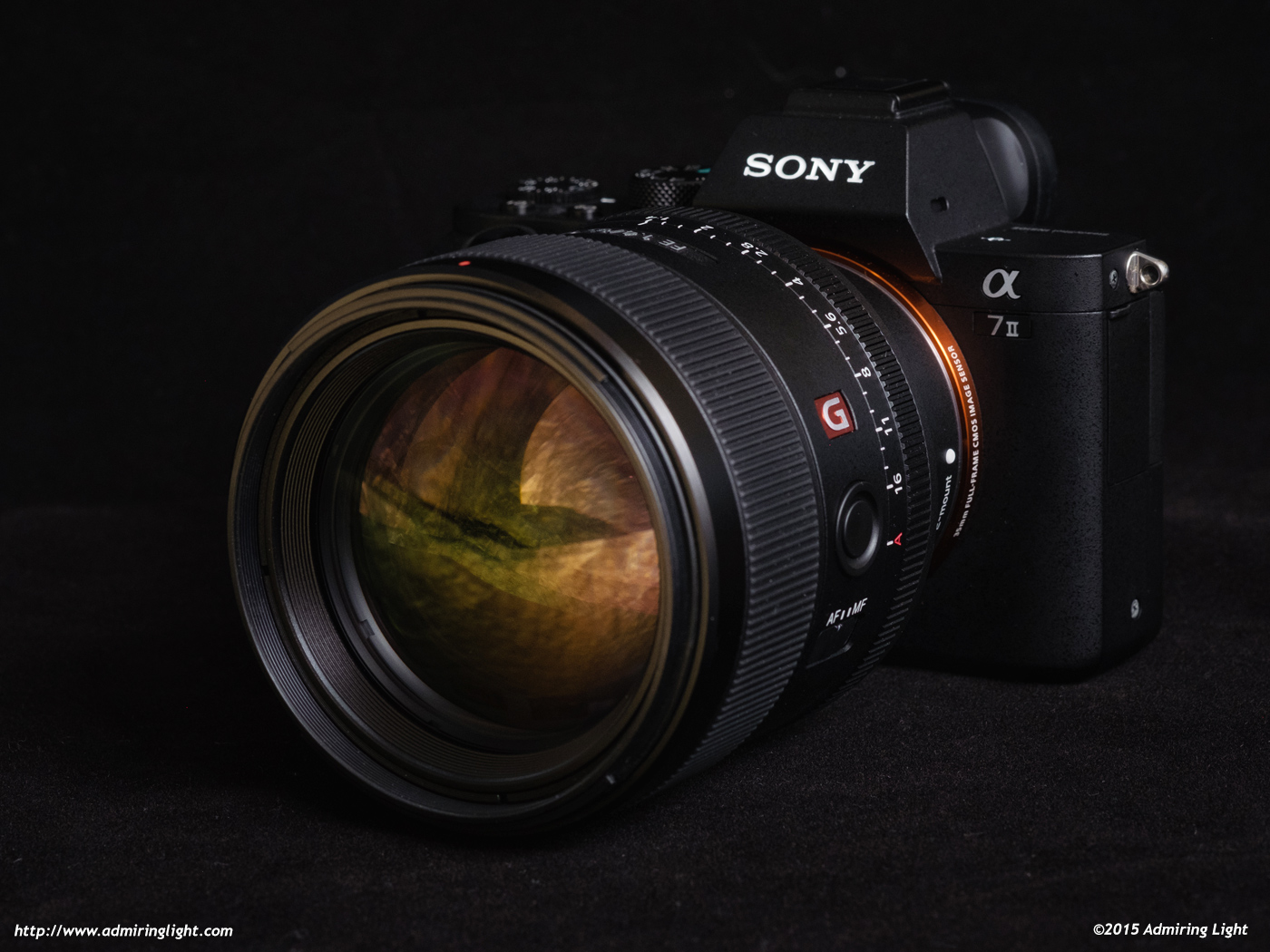 With a $1,800 price tag, the Sony 85mm f/1.4 GM positions itself as a professional-grade optic, and I’m very pleased to report that I found the lens to be optically stellar.  Let’s get into detail.

The 85mm f /1.4 GM, as you would hope, is a very sharp lens.  It’s not only sharp stopped down a bit, which you’d expect, but it is very sharp across the entire frame right from f/1.4.  While it’s not at maximum sharpness wide open, the level of resolution at f/1.4 is comparable to the best fast portrait primes from any manufacturer.  It’s on par with the Batis 85mm f/1.8, it’s a bit better than the Canon 85mm f/1.2, and should satisfy even the most picky pixel peepers for wide-aperture sharpness.  If you look at the comparison I did between a few portrait primes, you’ll see 100% crops throughout the aperture range, showing the very good corner sharpness even at f/1.4.

Stopping down to just f/2 brings almost the whole frame to razor-sharp territory, and stopping down further does little to increase sharpness, since it’s already on such a high level. That level is maintained until around f/11, where diffraction effects take a small edge off. Click here for a 100% crop of the image above, taken at f/3.5. There is one thing to watch out for, however.  When stopping down beyond f/2, the corners show a very small bit of field curvature, such that on a flat subject, the corners will be a bit softer at f/2.8 than they are at f/2. For most subjects this should be a complete non-issue, but it’s there and may be worth keeping in mind if you’re shooting flat subjects at a moderate distance for reproduction work.

With the fast f/1.4 aperture and the classic 85mm portrait focal length, the character of the out of focus areas is of primary concern in a lens such as this. Often, lenses that are extremely sharp, as 85mm GM is, have trouble keeping that beautifully creamy bokeh that many crave in a fast 85mm lens.  However, the 85mm GM has simply stellar bokeh, throughout the aperture range and distance range.  Wide open, the bokeh is exceptionally smooth, with a lovely creamy quality that just looks fantastic.  Stop the lens down and the lens maintains a very even and neutral bokeh, with evenly illuminated specular highlights and no real nervousness anywhere. It’s truly an outstanding lens, and the smooth bokeh with high sharpness really makes images pop.

As you can tell from the first two image samples shown on this page, the 85mm f/1.4 GM maintains very good contrast and rich color saturation, even at f/1.4.  There is no loss of contrast when opening the lens aperture, and stopped down, the images are crisp and punchy.  Colors are deep and vibrant, with a neutral color cast and excellent response in skin tones.  There’s really not a lot to talk about here, as I can’t fault the lens in this department at all.

However, like many fast lenses, there are some minor issues with chromatic aberration. Lateral CA is actually controlled quite well, with only the very slightest bit of red/blue CA visible in some circumstances, though you really need to be on the lookout for it.  However, it does show some longitudinal CA, with a magenta fringe on out of focus areas in front of the focus point, and a green-blue fringe on out of focus areas behind the focus point. The Sony controls this better than some fast portrait lenses I’ve used, but the GM isn’t able to eliminate it entirely.

The Sony 85mm GM shows a small amount of pincushion distortion that will be visible when shooting architectural subjects with lots of straight lines.  Aside from shooting architecture, I didn’t notice the distortion in my daily shooting. Applying the Sony provided lens profile in Lightroom, Capture One or in the JPEG images will quickly and cleanly remove any visible distortion.

Flare is generally very well controlled with this lens.  With bright lights or the sun in the frame, in most positions, contrast is only minimally affected, and ghosting is all but invisible.  Put the sun in one of the corners, however, and you can get the lens to show some multicolored flare away from the center of the frame into the corner, as can be seen in the shot below on a hazy day. In a clear sky, the multicolored flares become even more visible with the sun in this position, but considering the type of lens this is, it’s a very minor issue.

One area that is quite notable is the vignetting this lens produces.  As I’ve mentioned before, I’m not one who generally minds vignetting. The 85mm GM shows a relatively high level of vignetting at f/1.4, but in my opinion it’s also quite pleasing.  If you do not like vignetting, you’ll definitely need post-processing correction of the shading towards the corners. Vignetting improves upon stopping down, but is still slightly visible even at f/5.6.