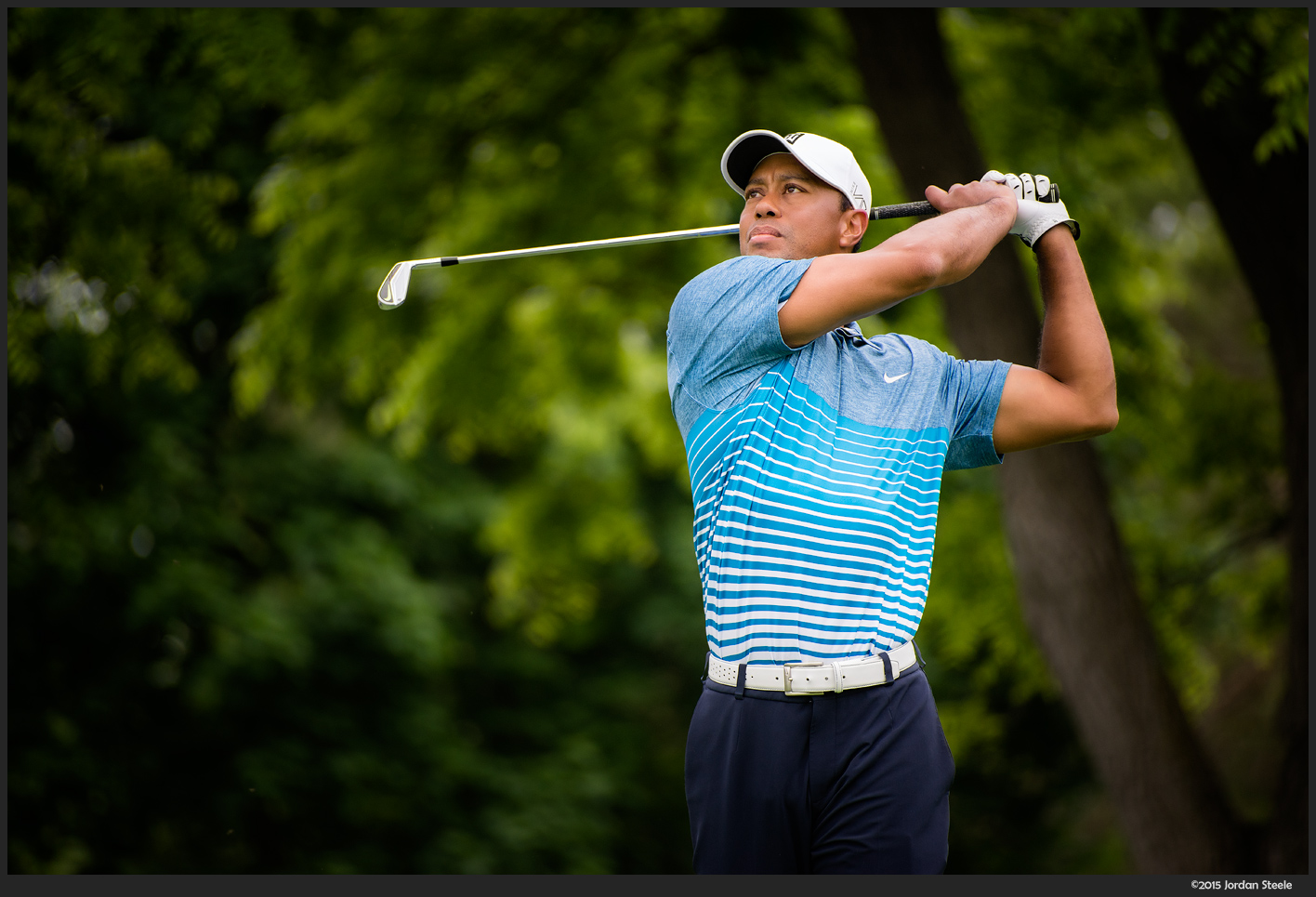 The Memorial Tournament is once again being contested this week at Muirfield Village Golf Club in Dublin, just outside of Columbus.  I have shot practice rounds many times over the years when the golfers come in, and it’s generally been a fun time.  I missed last year, so I was excited to get back out to Muirfield and shoot the annual Pro-Am that’s held on the Wednesday before the tournament begins.

As I have for most of the years I’ve gone, I shot with entirely manual focus glass.  I very rarely shoot sports, and when I do, it’s almost always golf out here during this week, so it doesn’t make sense for me to own big supertelephotos that cost thousands of dollar.s  For the past several years, I’ve used mirrorless cameras with my trust Canon FD 50-300mm f/4.5L.  It’s a large lens with very good image quality, despite being 30 years old.

Manual focus, even with golf, can be a bit tricky.  This year, I shot using my Sony A7 II and Sony a6000, and the shallower depth of field when using the A7 II made focusing even more critical. You wouldn’t think a golf swing would pose problems, but when shooting at 300mm and f/4.5, the depth of field is quite thin, and the golfer’s head moves throughout the swing.  Focus accurately during address, and you’ll more than likely be focused behind the golfer’s face after contact.  I’ve learned to quickly hit focus as the golfer addresses the ball, and then, depending on which angle I’m at to the golfer, adjust focus slightly forward or behind, so that the focus plane is where it needs to be during the follow through.  This takes some trial and error, but I’ve gotten used to it over the years.  Continuous AF with a modern autofocus lens would make things much simpler.  Anyway, I thought I’d share a few shots from Wednesday.  Click to enlarge.