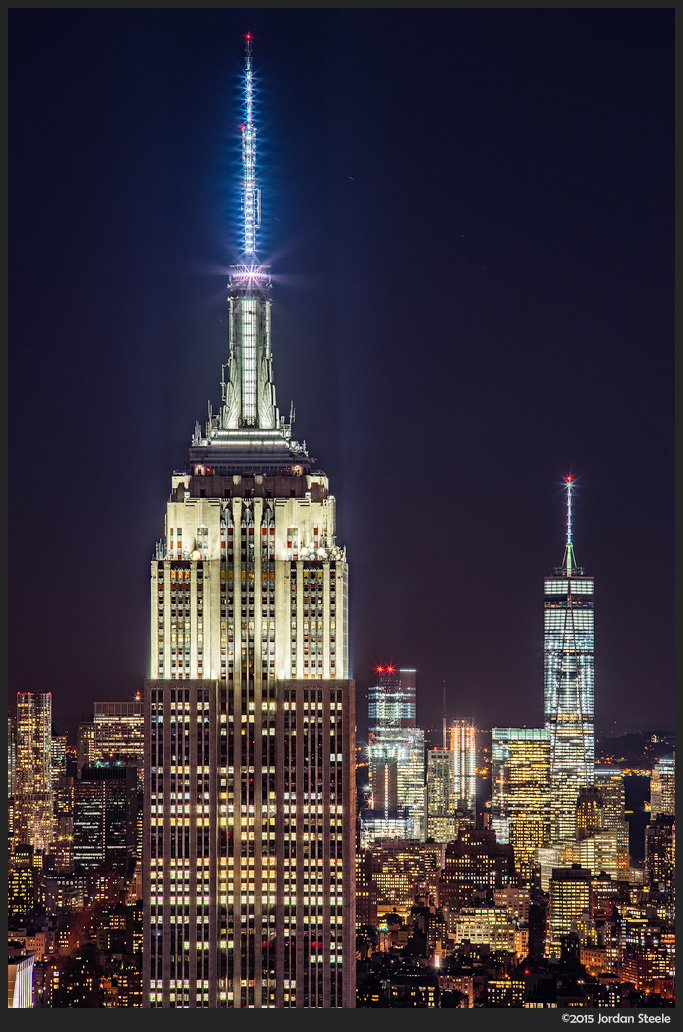 As I’m sure you’ve all realized given the last eight posts, I was in New York over the past week for PhotoPlus Expo.  While I already posted some photos, I thought I’d share the collection of shots I managed to get throughout my time in New York.  It was a busy week, with show attendance in the mornings, writing in the afternoon and photography in the evenings (and the last morning), I didn’t have a lot of down time, but I feel it was well worth it.

I hadn’t been to New York for a real visit since 1996, and back then, I was a casual snapper, having not really gotten into photography as a hobby and artistic endeavor until around 2003.  As such, I really wanted to capture a few key prominent places, because while they have been captured by many photographers over the years, there’s a reason they are popular photography spots: they’re great subjects.  These included the skyline from Brooklyn, the city from the top of one of the tall buildings (I chose to go to the Top of the Rock at 30 Rockefeller Plaza), Central Park, the new One World Trade Center and 9/11 memorial and Grand Central Terminal.  I’ve wanted to photograph these for quite a while, so I’m very glad to have gotten the chance to do so.

If you visit here often, you’ll notice that I really enjoy city and architecture photography, and New York is hard to beat in this department.  I was only there for four days, but it became instantly obvious that one could photograph this city for a lifetime and still create new and exciting images.  Months could be spent in Central Park alone for arresting images.  In any case, here’s a rather large collection of images I took from the trip.  I was extremely happy with my output on this trip, especially considering that prior to this week, I had been mired in work and had very little time to shoot over the past month.  I hope you enjoy!  I’ve split them into three pages to help them load faster, so be sure to check them all out.

8 thoughts on “A Trip to New York”