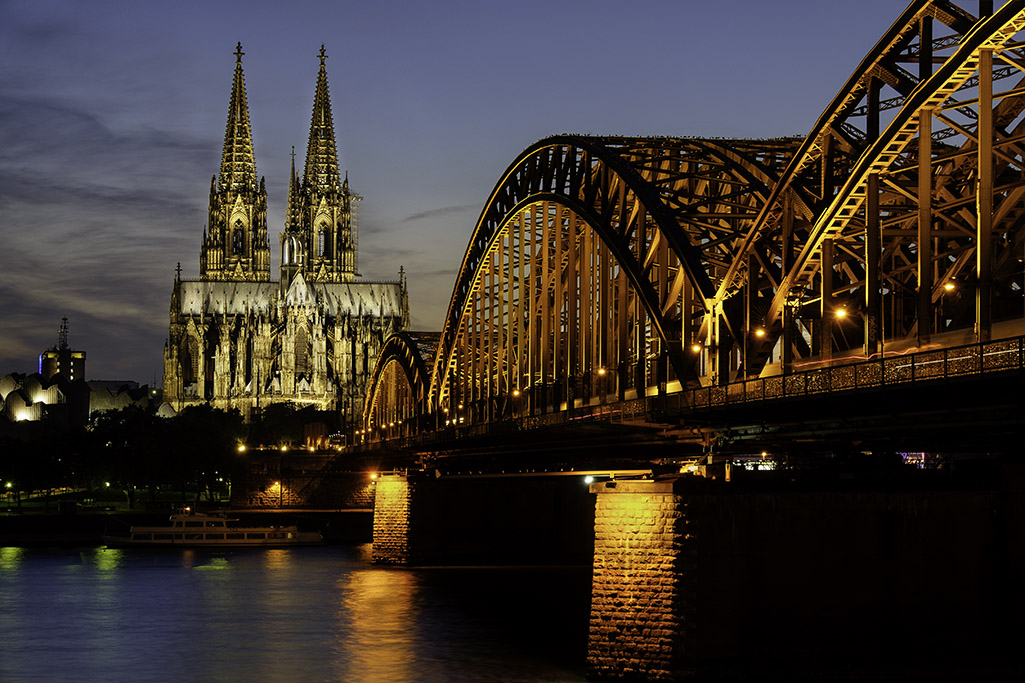 With Cologne’s great cathedral stretching high into the sky, any shot that represents the city typically features this well-known (and quite beautiful) landmark.  There is, however, one spot where the ‘quintessential’ photo of Cologne is typically made: across the river to the left of the bridge at sunset. There have been tens of thousands of photos made from this spot, and for good reason: the bridge with the cathedral and the light behind the cathedral at sunset or just after makes for a fantastic composition.  Of course, it’s been done before.  Over, and over and over.  If you go to a souvenir stand, you’ll likely find multiple post cards with slightly different variations of the same photo, depending on framing, light on that particular day, etc.

So naturally, last night I went to go make the same photo.  Why?  Because it IS a beautiful spot to get a photo of the city.  And frankly, I didn’t care that it wasn’t great ‘art’ since it’s an extremely cliché view: I wanted my own version of that shot…well, just because.  With Photokina in town, thousands upon thousands of photographers are here in the city, and, of course, quite a lot made the same trek for the same shot. I’m sure the results will be different, as people will frame things differently, or go in close on the cathedral, or go super wide, and so on, but we were generally congregated in a similar area.  I took several different framings and several different focal lengths throughout the hour I was sitting there.  I also had a great chat with another photographer.  I got the shot I was after, above, but just as interesting was watching the people take pictures.  There were far more photographers here than are shown…some above on the plaza up and to the right, some below and behind me on the steps where I was. All capturing the same shot.  And why not?  It’s a beautiful city.

2 thoughts on “Capturing the Postcard Photo”