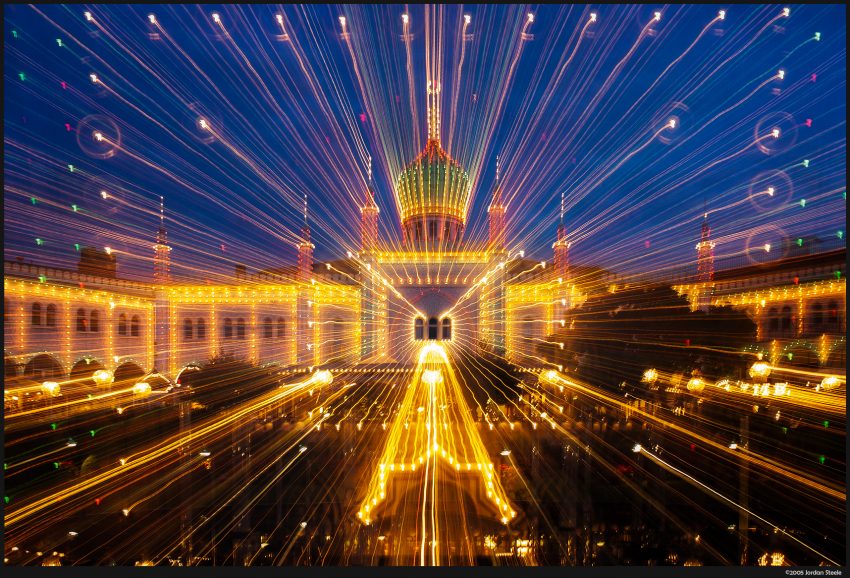 I’ll be up front: I’m not entirely sure why I’m writing this article. Part of is the wish to convey the simple fact that developing a skill takes time, practice, experience, and maybe a little talent, but significantly more of the first three. The other reason to write this is simply nostalgia. I started thinking about the photos I’ve taken over the years, and how early on what I thought was good often wasn’t, and how dramatically I was able to improve my photography through practice and just shooting. I wanted to share a little bit of that journey. I hope you get something out of it, but if you don’t, then perhaps just indulge my trip through memory lane. Like memory, I expect this will wander a little here and there, and I don’t expect to summarize things into neat little bows. I’m just going to let it go where I feel like it should go. I fully expect I may ramble a little, so I apologize in advance.

Like most people born in the last 50 years, I grew up taking the occasional photograph on special occasions, or when going on a trip, or here and there with friends. My dad was a bit of a shutterbug when I was a kid, and has a good eye, but he never really dove all-in on the hobby, and so after my sister and I started getting older, he stopped experimenting and just took the occasional snap at the holidays or on vacation. When I was young, he was shooting with the venerable Canon AE-1 Program, with a handful of lenses. I have this kit in my possession now, and have used all the lenses adapted to my mirrorless cameras, but I’ve only run one roll of film through the body, and due to a film advance issue, it ended up being blank.

Despite having a dad who enjoyed photography early on, it never really caught my attention as a kid, at least not as a serious craft. I received my very first camera on Christmas when I was 6 years old. It was one of the countless rectangular pocket cameras that used 110 film cartridges. Below is a picture of me with that brand new camera the morning I received it. My sister seems just as excited about her new boombox. This photo was taken by my grandfather, who was also a bit of a keen photographer.

Most 110 cameras were of the style of mine: a rectangular slab that was great for slipping in a jacket pocket. 110 film came in small cartridges with both the film reel and the takeup reel included, and they slotted quickly into the rear of the camera. 110 film is almost exactly the same size as the current 4/3 digital sensor, at 17x13mm. That size in film is really very small. Since 110 film was also primarily marketed for casual snappers, the film stock used in 110 cartridges was also generally pretty cheap. Combine that with cheap lenses in most of the cameras, and image quality was pretty awful.

Still, I enjoyed it, and used that camera for taking pictures of random things here and there, and even took it with me on my 8th grade field trip to Washington DC. I think those photos may be floating around in a drawer or cupboard at my parents’ house, but I haven’t seen them in well over a decade.

Eventually, that camera was either broken or lost, and the fact I don’t remember which should tell you that I wasn’t exactly a shutterbug at that age. For the next few years, I barely took any photos, and when I did, I’d buy a cheap disposable. That changed when I got my first 35mm camera when I was 16. It was a Samsung Maxima Zoom 77i

The Samsung 77i took 35mm film, had a 35-70mm f/3.5-6.7 lens, and was loaded with features. Of course none of those features included any manual control of aperture, shutter speed, or anything else, but it did have a ton of auto modes, including ‘backlight control’ (which just bumped EC by 1.5 stops) and ‘portrait zoom’ which I assume shot wide open and zoomed it, but I never used it. The only ‘special’ features I used were the bulb mode and the double exposure mode. Looking at an old manual for it, it had a very slow maximum shutter speed of 1/250s, so I would imagine it shot stopped down a lot. Unfortunately, I seem to have misplaced that camera, and no images of it are rights free, though a quick google image search of it will bring up plenty of images of it.

I started taking a lot more photos with that camera, mostly of my friends and family, with the occasional shot on trips and the like. I used that camera from 1994 until I got my first digital camera in 2001. I wasn’t ‘into’ photography at the time. I didn’t think about composition. I didn’t work a scene looking for the best angles, but I enjoyed the act of taking pictures. I took a lot of photos with the 77i, and even framed several when I got the occasional half-decent shot like those below.

The shot above of Lake Daisy, was taken in I believe 1998. I remember using the bulb mode on the camera, and experimenting with different shutter speeds. I didn’t own a tripod, so I set the camera on the edge of the dock of the lake and took a few frames. For years, I considered that the best photograph I’d ever taken, and I had it enlarged to 8×12″….which was huge for me at the time. Despite having taken many hundreds to thousands of photos better than that in the decades since, this photo still hangs on the wall in my house today. I still have almost every frame I took with that camera, as I stored them in photo albums – and with film I had prints made of all my shots.

I used the 77i until I graduated from college. By then digital photography was just getting started, and when my parents asked if there was anything that I wanted for a graduation gift, I said I wanted a digital camera…and they obliged.

Continue: Digital and getting serious about photography