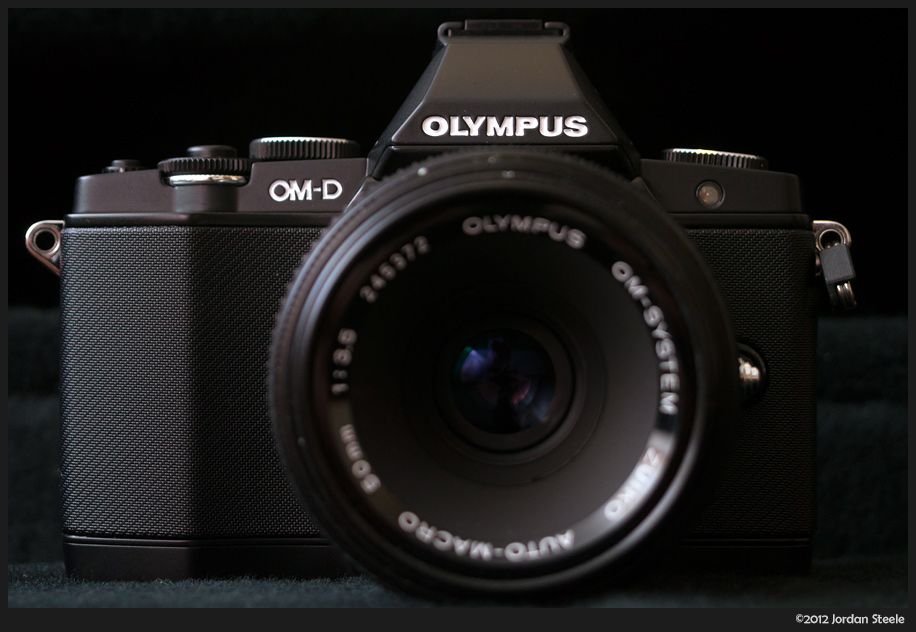 All shots were taken one after another with the Olympus 12mm f/2 lens at f/5.6.  For the base exposure, I metered until the clouds just barely started to clip in the JPEG preview (the shots were all RAW).  The final images between the two cameras were right on in exposure (identical mid tone values for the 0EV EC shot).  I then increased exposure 3 stops and took a shot and then decreased exposure three stops. I  did the same for each camera.  In Lightroom 4.1 RC2, I then pulled back the highlights on each overexposed image until no more detail could be recovered.  In the underexposed images, I increased black point until it didn’t clip and used +100 on the shadows slider for each file.

This is the overall scene (this is the E-M5 mid-shot):

Here’s is the overexposed image and what the GH2 could recover in the highlights:

And here’s what the E-M5 could recover in the highlights.  The clouds are still too far gone to recover, but they were well over 2.5 stops blown, so it’s not surprising…but the E-M5 kept all the detail in the buildings as well as the water, while the GH2 lost all of that.

Looking at 100% crops of the building area, you can see that not only did the GH2 ultimately lose the detail, but that it also lost all color data for some of the detail it could recover.  The E-M5, on the otherhand, perfectly recovered everything but the clouds.

Next, I took a look at the shadows.  There wasn’t a lot of extreme shadowing in the frame, but the bridge above, of course was the place to look.  This much shadow recovery is equivalent to a 3 stop push.  There is a lot of noise for both cameras in the pushed shadows, that’s for sure, but the E-M5 again retains more detail, has better noise control, and retains the rust color of the bridge steel.  The GH2 loses the color information and a lot of the darkest detail.

So, this definitely confirms what I’ve been seeing while I shoot regularly…the E-M5 has significantly better dynamic range than the GH2 (or any other m4/3 cam I’ve ever used) in both the shadows and the highlights (though the difference in everyday use is bigger in the highlights).  In my experience with the E-M5 so far, it’s been very difficult to clip highlights at all…you really have to almost try to do it.