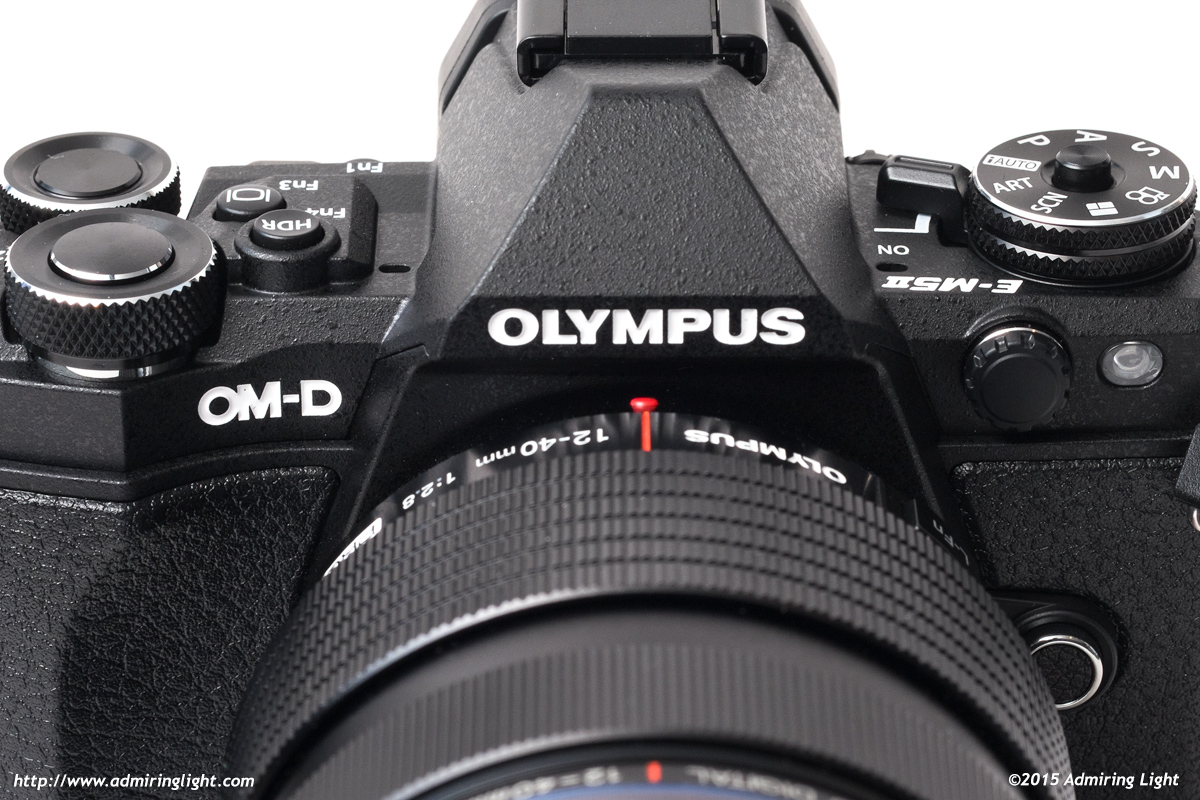 I just received the Olympus E-M5 Mark II in for review today, and I’ve only had a few hours to shoot so far.  However, like anyone interested in this camera, the very first thing I had to test was the 40 megapixel Hi-Res mode.  The E-M5 Mark II has a feature that shifts the sensor in 1/2 pixel increments for 8 shots, then assembles a final image that yields a true 40 Megapixel image.

For this rather informal test, I put the E-M5 II on a tripod and took back to back shots: the first at the native 16 megapixel resolution and the second in the 40 Megapixel Hi-Res Mode.  IS was turned off for the 16MP shot, and triggered with a 2 second self timer to ensure the sharpest shot possible.  Hi-Res mode was triggered with a 1 second delay before the sequence started.

The first test I performed was a simple shot near infinity of the city skyline, with the Scioto River in the foreground.  The 40MP mode requires no movement in the scene (and no movement of the camera), so I was curious how it would fare with the moving water.  The full shot, reduced from the 40MP original, is below:

I then took the 16MP image and enlarged it to the same pixel dimensions as the 40MP image.  This will allow a direct comparison of the extra level of detail offered by the 40MP mode.  I could show both at 100%, but then discerning the real detail is harder…viewing both at the same magnification (as one would if you were printing both to, say 36″ wide), makes a lot more sense, as I’ve done here.  The 16MP image is on the left, while the 40MP image is on the right.  Click to enlarge the image and see it full size. Verdict?  If you take care and use a sturdy tripod on a static scene, you get a massive increase in true resolution and detail with the 40 Megapixel mode.

About that moving water: Indeed, the river shows some artifacts in the 40 megapixel image, as expected.  However, at least in this scene, they are fairly minor.  A 100% crop is seen below.  It’s worth noting that taking the 40 megapixel image and downsampling to 16 megapixels will eliminate the artifacts seen in the crop below.  It also results in an extremely sharp 16MP file that shows more detail than the standard 16MP file from the E-M5…so even if minor motion artifacts appear, a very good image can still be had throughout, though you will lose some of that resolution that you’d gain if the whole image were still.

For the next image, I did a closer image of something completely static.  The processed image is below:

Again, I took 100% crops of the two images, with the upsampled 16MP image to the left, and the full 40MP image to the right.  Note that the crops below are from the unprocessed image, straight out of the camera. Again, the 40 megapixel image shows a very stark advantage in detail.  Again, click the image to view the crops at full size.

Early conclusions?  If care is taken on a truly static scene, the 40 Megapixel high-resolution mode is no gimmick: it really does produce a massively high-resolution file with a very clear advantage in detail.

I’ll be exploring more about the 40MP mode as well as everything else about the new E-M5 Mark II in my upcoming review.  Come back for that shortly!