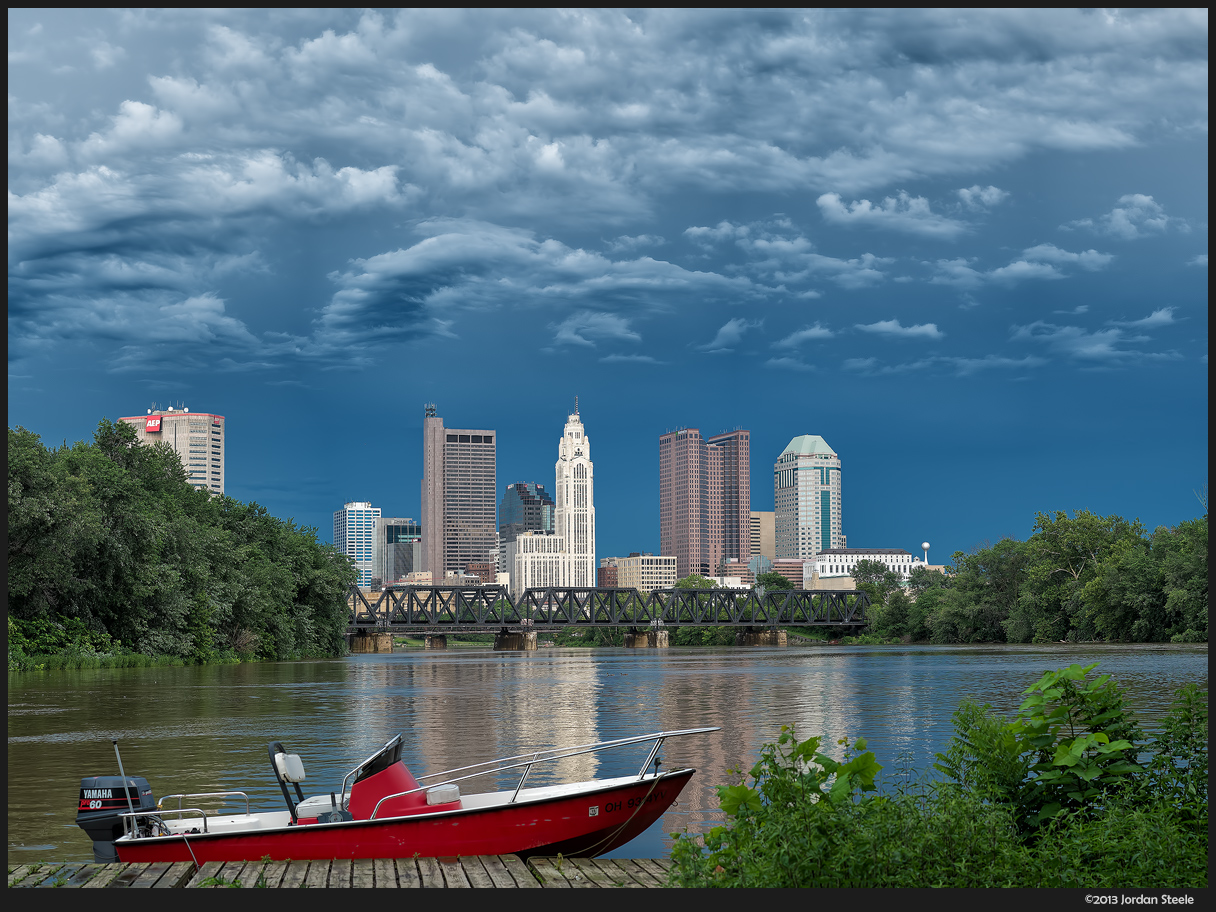 Today I’m going to set the record straight and correct a myth that seems to persist throughout the photography world.  I’ve seen this fallacy repeated many, many times, both by novice photographers as well as by seasoned professionals, and that is the myth that a certain focal length will project a specific perspective.

This fallacy is most egregious when used during format comparisons, where uninformed photographers will argue that they prefer Full-Frame because an ’85mm lens gives a true 85mm perspective’ and a smaller format has the perspective of a shorter lens even though field of view is the same. Heard that or something similar before?  Well, it’s bunk.

In a photograph, perspective is the relationship between foreground and background elements and how they appear in relationship to each other in the photograph.  You may notice that shots taken with a telephoto lens may include your subject and background elements that are far away, but the final result appears very flat…as if the background and foreground elements have become compressed.  This is often referred to as telephoto compression.  The photo below shows a good example of a compressed perspective, the boat sits by the dock, but the city behind doesn’t feel too distant.  It’s been ‘brought closer’ by the short telephoto lens, as if the scene has been compressed a bit.

These perspectives are real and tangible, and easily shown in these examples, so why am I saying that perspective based on focal length is a myth?  Because it is…

This myth is further compounded by photographers who think that it’s not even field of view that matters, but that, say, a 135mm lens has a certain amount of compression, while, say, a 68mm lens on Micro 4/3 would have half that level of compression even though the field of view is the same.  I’ve seen this misconception spread repeatedly.

Case in point: a comment on Imaging Resource’s first look for the Panasonic 42.5mm f/1.2 for Micro 4/3 states: “However we are now going to be inundated with a bunch of “portraits” th[at] lack the proper compression of a true 85mm lens. Facial features and structure will still be rendered how they would with a ~35/40mm lens on full frame.”

If this were an isolated incident, I wouldn’t be writing this article, but I’ve seen the above statement (with various other lens examples) over and over this past year.

Photographers see that for the framing of an image they have in mind, the compression of the scene becomes more pronounced the longer the focal length that is used.  Therefore, they assume that the longer focal lengths cause the compressed perspective.

So, if it isn’t focal length that changes perspective, nor even field of view…what is it?  Well, there is a factor C that is the cause for the correlation of perspective and focal length:

Distance to your subject.

The perspective in a photograph is 100%, completely dependent on the photographer’s physical distance between them and their subject.  That’s it.  Not the lens, not the format, nothing but the distance.

To create an image with telephoto compression, the photographer backs away from the subject and uses a longer focal length to keep the framing the way they want.  The key point is: It’s the backing up that changes the perspective, not the lens.

When we take photos with a wide-angle, we usually shoot from closer to our subject…in the case of the fisheye shot above, I was less than 2 feet from the boat. In the telephoto shot, I was closer to 30 feet away from the boat.

I am amazed that this myth continues to persist because it is incredibly easy to test, and you don’t even need two camera formats.  Simply shoot the same scene from the same location with two different focal lengths, then compare the common area between them.  You will quickly see that the perspective is identical for a given distance.

And here is the shot from the 23mm, cropped to the same area as the 60mm shot:

See a difference?  Neither do I. The perspectives are identical; there is the exact same level of ‘compression’ in the cropped 23mm shot as there is in the 60mm shot, thus showing that the perspective relationship is solely dependent on where your camera is in relation to the elements in your photo.  If you think about it, this makes perfect sense…how can things in real life align themselves differently based on what lens you put on your camera?

For those few who will still argue that they see a perspective difference in the above photos (and I always get some whose minds play tricks on them), below is a composite image of the above two photographs, with the 23mm shot overlaid on the 60mm shot, and set to 50% opacity.  If there were any differences, they’d stick out like a sore thumb…and yet, well, just look: