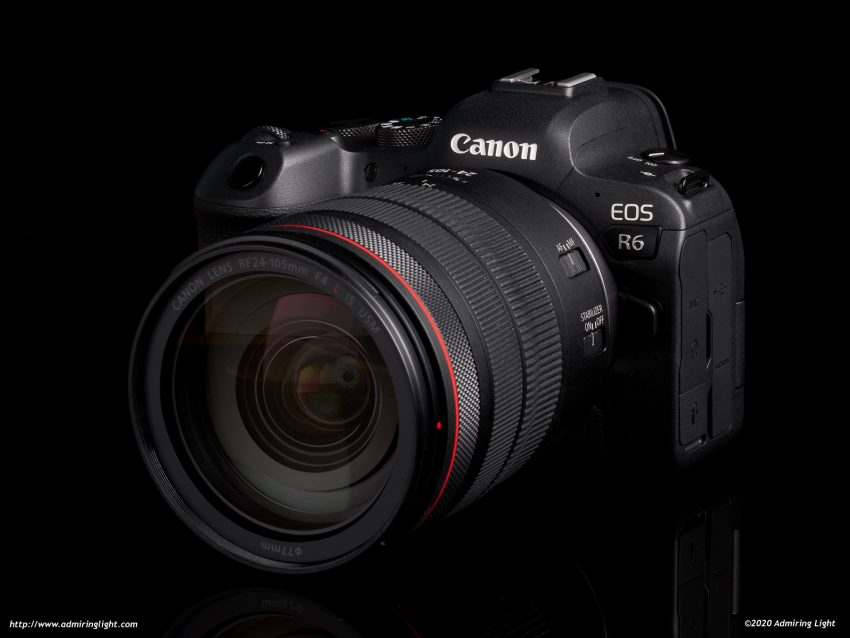 Canon’s full-frame mirrorless system launched with one camera, the EOS R, and four lenses. After two years, the workhorse standard zoom released in that initial batch, the RF 24-105mm f/4L IS, is still one of the more desirable lenses for the system. As of this writing, it’s also the only really affordable L series lens in the RF lineup.  The 24-105mm is a lens that covers an extremely useful range from the quite wide angle 24mm to a moderate telephoto 105mm, at a constant f/4 aperture.  Canon’s excellent image stabilization makes this lens an attractive all-around zoom lens for travel or general use. Let’s dive in.

The RF 24-105mm f/4L IS is built very similarly to the other Canon L series lenses of late.  The lens is constructed predominantly of high-grade polycarbonate on the exterior, with solid metal internals.  The result is a reasonably lightweight lens that feels solidly built.  The switches on the side of the lens for focus mode and image stabilization click positively.  The lens barrel extends when zooming towards the long end of the zoom range, and there is a touch of wobble in the extending barrel, which is a bit out of character for a high end lens, but it doesn’t appear to cause any issues in usage. This has been the case for both examples of this lens I have used. I am surprised at this, given that even Tamron’s  more inexpensive lenses have no lens tube wobble when extending.

The zoom feel is excellent, however. The zoom ring turns with a smooth but weighty damping, and is perfectly consistent throughout the zoom range. The focus ring sits above the zoom ring and turns very smoothly and with nice damping. Like all RF lenses, the manual focus is by wire.

The 24-105mm handles well on the EOS R and R6, and balances nicely without adding too much weight. On the EOS RP, the lens is heavy enough that it becomes slightly balanced to the front, but still handles fine.  The end of the lens features the control ring that is standard on all of Canon’s RF mount lenses. The control ring spins smoothly with satisfying clicky detents that denote each step of operation in whatever function you have set to the control ring.  The mount is metal, and solidly locks onto the camera with a gentle twist.

Like all L-series lenses, the RF 24-105L comes with a lens hood, which is a typical plastic with a matte finish. The hood locks securely to the end of the lens barrel and has a locking button to prevent the hood from coming loose.

The RF 24-105mm f/4L has three switches on the barrel, with one to switch between autofocus and manual focus, another to turn the image stabilizer on and off, and a third switch on the right side which will lock the lens at the 24mm position to prevent zoom creep during transport. This switch can come in handy when pulling the lens out of a bag that is a little tight, but I don’t have any issues with zoom creep during normal use, so I typically do not use the lock switch.

The RF 24-105mm f/4L features Canon’s new Nano-USM focus motor, which is fast and quiet. I’ve found the lens to focus extremely quickly and very accurately, especially on the EOS R6, where focus tracking works brilliantly. Nothing to complain about here.

The RF 24-105mm f/4L has optical image stabilization built in, and it works quite well. Canon rates the IS to around 5 stops of stabilization, and I’ve generally gotten between 4 and 5 stops of shake reduction when using it on the EOS R and EOS RP. This allows for shots of around 1/6-1/4 second at 105mm, which is excellent. When used on the new EOS R5 or R6 with IBIS, you can expect to get an additional 2-3 stops of stabilization on top of IS unit alone. On my R6 I can regularly achieve 1 second exposures at 105mm and at the wide end of the zoom range, I’ve been able to achieve sharp shots hand held in the 2 to 4 second range. Remarkable!