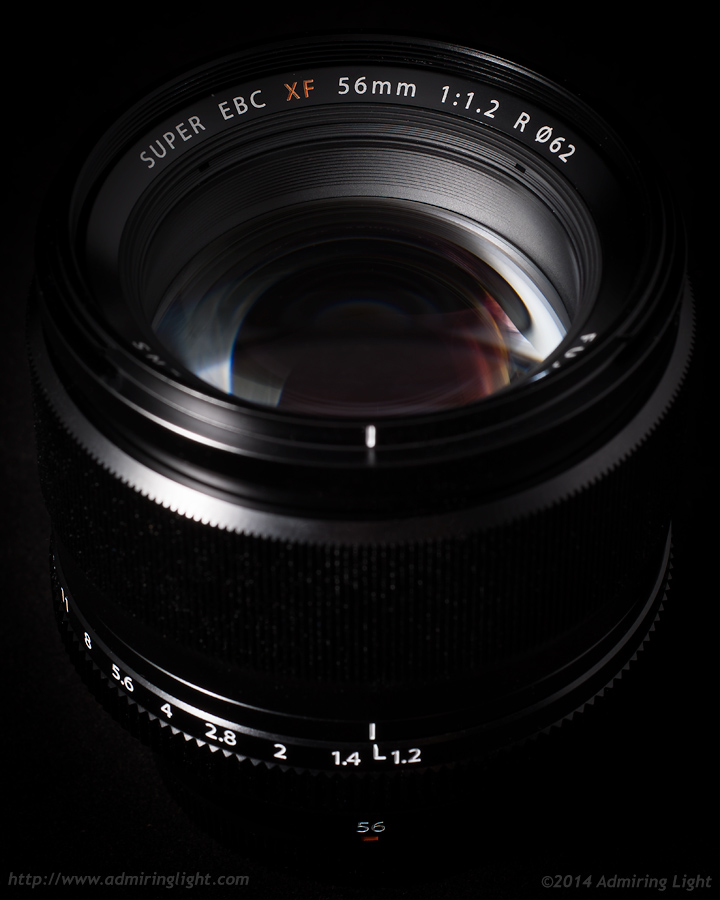 One thing that is generally compromised on ultra-fast lenses is wide-open sharpness.  The Fuji XF 56mm f/1.2 bucks that trend rather convincingly.  The lens is surprisingly sharp across the frame right from f/1.2. Even the very corners are quite sharp at this wide aperture when focused closer up.  At further focus distances, the corners show some softness at f/1.2, possibly due to field curvature, but the lens still performs brilliantly overall here for such a fast lens.   Take a look at the image to the right to see how sharp the 56mm can be wide open (click on the image then on the green arrow at the bottom to view larger).

Stopping down brings images into razor-sharp territory across the entire frame at all focus distances. Images have great cross frame sharpness by f/2 and stopped down to f/4 the lens is absolutely tack sharp from extreme corner to extreme corner.

With a fast portrait lens, bokeh is one of the primary considerations in evaluating image quality.  While the XF 56mm f/1.2 doesn’t produce ‘perfect’ bokeh, I quite like the overall rendering of the out of focus areas.  For the most part, backgrounds are rendered softly and quite smoothly.  Specular highlights can show a slight bright outlining, however.  This can lead to a somewhat busier background than some of the other Fuji lenses under the right circumstances.  While some may find any sort of bright outlining objectionable, in this case I find it gives the lens a bit of character.  However, you must be the judge.

While the XF 56mm f/1.2 shows minimal lateral chromatic aberration, it does exhibit some visible spherochromatism, which displays as a magenta fringe on objects out of focus in the foreground and a green fringe on objects in the background.  Overall, though, even this is relatively well controlled for an ultra-fast lens, and is essentially eliminated by stopping down a stop.  In most situations, it’s not going to pose a problem.

Distortion, Flare, Vignetting and other Aberrations

Like most short telephoto lenses, the 56mm f/1.2 is essentially free of distortions, as straight lines are kept straight throughout the frame.  What is somewhat unusual is the very low levels of vignetting at wide apertures. Even at f/1.2, corner shading is relatively low, and it’s negligible by f/1.8.

Against bright light, the 56mm f/1.2 works very well, maintaining good contrast even in heavily backlit situations, such as the image to the left.   The XF 56mm does show some spherical aberration at wide apertures, though you’ll likely only notice it when shooting at f/1.2 or f/1.4 with white detail on a dark background.  By f/1.8, any remaining spherical aberrations are gone.

The overall rendering of the Fuji 56mm f/1.2 is beautiful to my eye.  There’s a richness to the images and a lovely look for portraits with good resolution and tons of background separation at wide apertures while allowing for biting sharpness and high contrast by stopping down just a bit.