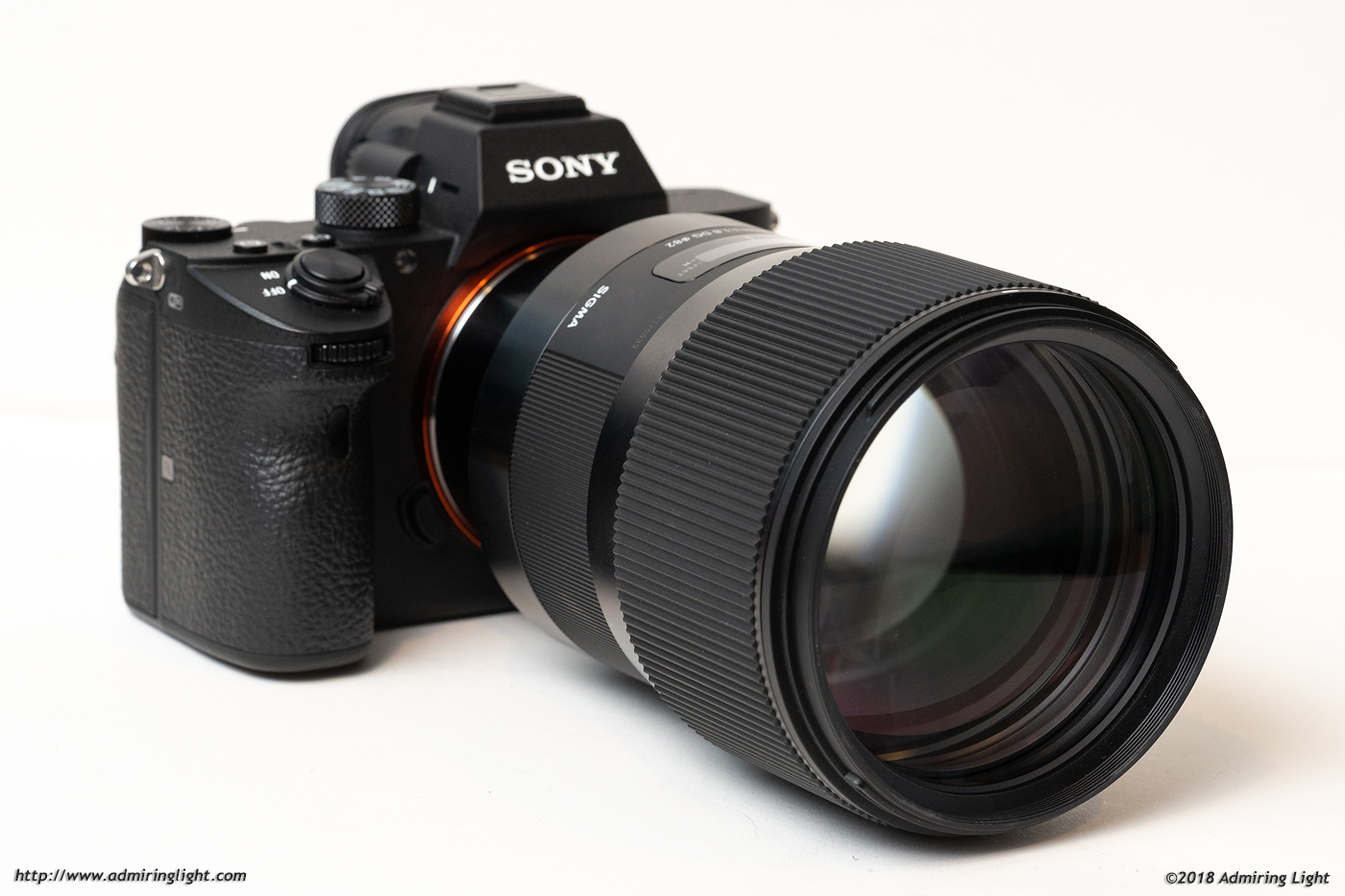 Sigma has recently jumped into the full-frame E-Mount system by creating new native E-Mount versions of many of their very well received Art series lenses. Today I’m looking at one of those well regarded lenses, the Sigma 135mm f/1.8 DG Art for Sony E-Mount. The Sigma 135mm f/1.8 is a monster of a lens, with big size, big weight, and top-notch optics.

The Sigma 135mm f/1.8 is a big lens at over 5 inches long and weighs two and a half pounds. This is one giant hunk of glass, metal and plastic and the weight is felt when carrying it for an extended period of time. The 135mm f/1.8 is constructed of a mix of high quality metals and plastics, with a metal mount. The body has a predominantly plastic exterior, with the portion of the barrel from the focus scale to the mount in metal. A seam halfway up the metal portion denotes the area where presumably the same lens parts are used for all mounts, and the mount-specific part of the barrel begins.

This piece that extends to the mount narrows considerably, and this provides clearance for your fingers to fit around the camera grip despite the overall chunky nature of the lens. The overall effect is one of solid quality. There are two switches on the side of the lens: a focus limiter that switches between the full focus range, 0.875m to 1.5m, and 1.5m to infinity, and the AF/MF toggle switch. Both switches click with a nice solid action.

The main control on the lens is the enormous rubberized focus ring, which is very well damped and very smooth to operate. Because Sigma is not really retooling these Art series lenses specifically for the E-mount, they are among the very few E-mount autofocus lenses that have a true mechanically coupled focus mechanism. The focus ring directly focuses the lens elements, and there’s a focus scale on the lens as well.

The lens comes with a substantial lens hood made of high quality plastic that shields the front element from any stray light.  Like most Sigma lens hoods, the hood stays very tight to the body when reversed, which thankfully doesn’t substantially increase the lens’s rather substantial girth when stowed.

You’re going to hear me gush a fair bit about the optics contained in this lens on the next page, here we come to the one downside to the lens: autofocus is average at best.

In good light, autofocus has reasonable speed, and locks fairly surely. In dimmer light, focus slows down a fair bit, and getting the lens to lock focus in single shot mode becomes a bit of a challenge depending on the contrast of the focus target. In both cases, accuracy in single shot AF mode is generally good, though I did have it miss focus on occasion, though the misses didn’t seem to have any pattern to them.  I had a few misses in dimmer light, but also a few misses in good light stopped down.

The good news, however, is that in continuous AF mode, focus is much more sure, and this extends to EyeAF in continuous AF mode, which works very well for portrait shooting. Shooting action with the lens works fairly well, but very quick changes toward or away from the camera can cause the lens to lag slightly.  Considering the huge amount of glass to move, the performance is reasonable, but autofocus is still the weakest part of the lens. With that said, for the type of shooting that one is likely to do with the Sigma 135mm f/1.8, it performs just fine.

Edit: 2/12/21: While it doesn’t directly compare to the Sony E-Mount version of this lens, I thought I would mention autofocus of the Canon EF mount version on RF mount cameras. I have obtained a copy of the 135mm f/1.8 for use on my Canon R5, and autofocus on that body with that version of the lens is significantly faster than what I experienced with the E-mount version. Focus is swift and accurate, even in dim light. Of course the optics are identical between versions, which as you’ll read in the next section, is a very, very good thing.