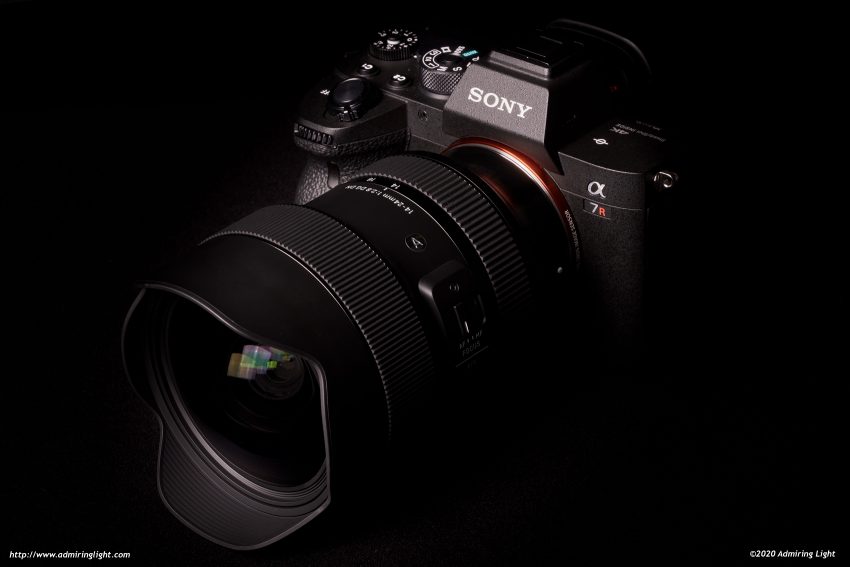 Sigma has slowly morphed over the past several decades from a budget lens maker into one of the premier lens makers in the industry. Their Art series lenses have continually raised the bar for high quality, yet reasonably priced lenses, and their first few mirrorless-specific entries have also been outstanding. Today I’m looking at one of their newest lenses, the 14-24mm f/2.8 DG DN Art, a high-speed ultra-wide angle zoom lens that uses a new optical design from their DSLR 14-24mm lens. The result is one of the most stunning optics I’ve had the pleasure to review in the 8 years I’ve been running this site. Let’s dive in.

Before we get into the lens details, I’d like to talk about the various incarnations of ultra-wide zoom lenses. In the past 15-20 years, this range has seen quite a bit of flux. The industry has standardized pretty well on the 24-70mm range for standard zoom lenses of the f/2.8 variety, and 24-105mm for f/4, with a bit extra reach in exchange for a loss of a stop of light, but the ultra-wide segment is a bit more variable.

The traditional ultra-wide zoom has gone from 16 or 17mm to around 35mm at the long end for a while. Lenses that went even wider were a fairly rare thing, with the original Sigma 12-24mm f/4.5-5.6 being one of the early examples of the extreme ultra-wide segment. Since then, the industry has sort of moved to two extreme ultra-wide zoom ranges: the 12-24mm f/4 type lens, such as Sony’s very good 12-24mm f/4 G, and the not quite as wide, but faster 14-24mm f/2.8 range. These extreme ultra-wides fill much the same role as the traditional 16-35mm f/2.8 lens, but offer that extra width that pushes the envelope a bit, while sacrificing a bit of range on the long end, as well as the ability to use screw-in lens filters. At the end, we’ll discuss those tradeoffs with regards to this lens’ competition.

The Sigma 14-24mm f/2.8 is a lens that is both small and large, depending on your perspective. In absolute terms, the lens is fairly large and moderately hefty, with a large, bulbous front element, an approximately 5 inch length and a weight coming in at a substantial 795g. Compared with the svelte Tamron 17-28mm f/2.8, it’s nearly double the weight and a good bit larger as well, while being about 115g heavier than Sony’s 16-35mm f/2.8 GM.

However, compared to other full frame 14-24mm lenses, it’s actually quite small. Nikon’s venerable 14-24mm f/2.8 is 200g heavier and a half-inch larger in diameter, while Sigma’s own DSLR version (with a different optical design) of the 14-24mm f/2.8 is a whopping 1150g. That extra few mm of width compared to a traditional 16-35mm results in a significant increase in size and weight, but the Sigma 14-24mm DG DN manages to keep that size increase fairly manageable.

With all that said, the lens balances quite well on my A7R IV, and I was pleasantly surprised at how little the size and weight is really felt in use.

The Sigma 14-24mm f/2.8 DG DN is, like all of Sigma’s Art series lenses, constructed with tight tolerances and a very solid-feeling build. The lens is predominantly finished in high-grade plastics, with the closest portion of the lens barrel constructed of metal. The fit and finish of the lens is impeccable. Most apparent of the high quality of the build is the smoothness of both the zoom and focus action. This is probably the smoothest zooming lens I’ve ever used. It’s like the lens elements are on silky, well damped rails. It’s just exceptionally smooth. The focus ring is similarly smooth and nicely damped, though like almost all E-mount lenses, it’s focus by wire. The lens includes an AF/MF switch on the side, which sits above a programmable lens button marked AFL, but this can be assigned to any function in the camera’s menus. This makes the Sigma one of the few non-Sony lenses to include the extra programmable button.

The Sigma 14-24mm f/2.8 is a native E-Mount lens, and overall it focuses like one. The lens focuses quickly and accurately in continuous AF. In single-shot AF, the lens isn’t a speed demon, with a fairly deliberate focus action before locking. I’m not sure why it’s notably slower in single shot than it is in continuous, but it’s definitely something I noticed. In practice, for this type of lens, that more deliberate single-shot AF isn’t an issue, but it’s worth shooting in C-AF if focus speed is of prime importance.

This is not a normal section in my lens reviews, but given that those in the market for a top-notch ultra-wide often need filters, it bears discussing. Because of the extremely wide 14mm focal length and the resulting bulbous front element, the Sigma 14-24mm f/2.8 can’t take traditional screw-in filters. This is true of essentially all lenses that are 14mm or wider, but it is definitely a down side. I am one who uses a polarizing filter quite often, as I shoot a lot of waterfalls around Ohio, and a polarizing filter can help to dramatically cut glare from wet rocks.

As such, I have employed one of the few external filter systems available for the Sigma 14-24mm. In my case, I’m using the Nisi S5 filter holder with their 150mm round landscape filter. I’ll give a quick overview of this filter system for those who may be interested in using external filters with the 14-24mm. The Nisi S5 is not a cheap, nor discreet solution. It uses 150mm round polarizing filters (and 150x150mm square filters if using the square filter holder), and the holder with a polarizer costs between $450 and $500 depending on which polarizer you get. As such, if you need a polarizer regularly on a lens like this, be sure to count the cost of a filter system into your decision-making process.

Despite the large size of the filter holder, if using just the round polarizer, you can utilize the Nisi 150mm filter cap to protect the filter while mounted to the holder, and add any generic 100mm slip on cap on the rear opening to protect the system and filter. With the filter protected, I can fit the whole thing in the front pocket of my shoulder bag, making it no less convenient than a screw in filter.

The Nisi S5 system is quite easy to use in the field, and can be attached with ease in a matter of seconds. You simply slide the opening at the rear of the filter holder over the hood, with the four small alignment tabs towards the indented parts of the lens hood. This alignment is shown below without the filter installed, but you can attach it without removing the polarizer if needed.

You then simply tighten the rear locking ring by rotating it about 30 degrees, which locks evenly around the hood. A thumb screw is present as well, which doesn’t attach the holder to the lens, but rather prevents the unlocking ring from moving and accidentally unlocking the holder from the lens.

With the polarizer installed, the filter system does not vignette at all, even at 14mm. The polarizer can be rotated by either of the two geared wheels, which move smoothly and precisely for setting polarization. Though not shown in the images here, the holder also comes with a square filter attachment which very quickly snaps on to the outer portion of the holder with a spring-loaded knob. Two square 150mm x 150mm filters, such as neutral density or graduated neutral density filters can be slid into the square holder. The square holder can then be rotated as well, and the rotation is independent of the polarizer rotation. It’s a slick system, though you pay for it.

It’s also worth noting that Sigma has a nice flip-lock system for securing rear filters, which can be very useful for using neutral density filters. The lens includes a template for cutting ND film gels to fit this rear filter slot, though a few filter makers have created optical glass rear filters for the Sigma 14-24mm. I use the Kase glass filters. They’re a little fiddly to install, but work well, with essentially zero impact image quality. Be sure to watch the thickness of the rear filters, though. Try to stick to filters that are 0.3mm or thinner, as thicker filters start to induce substantial field curvature, which can negatively affect edge sharpness.