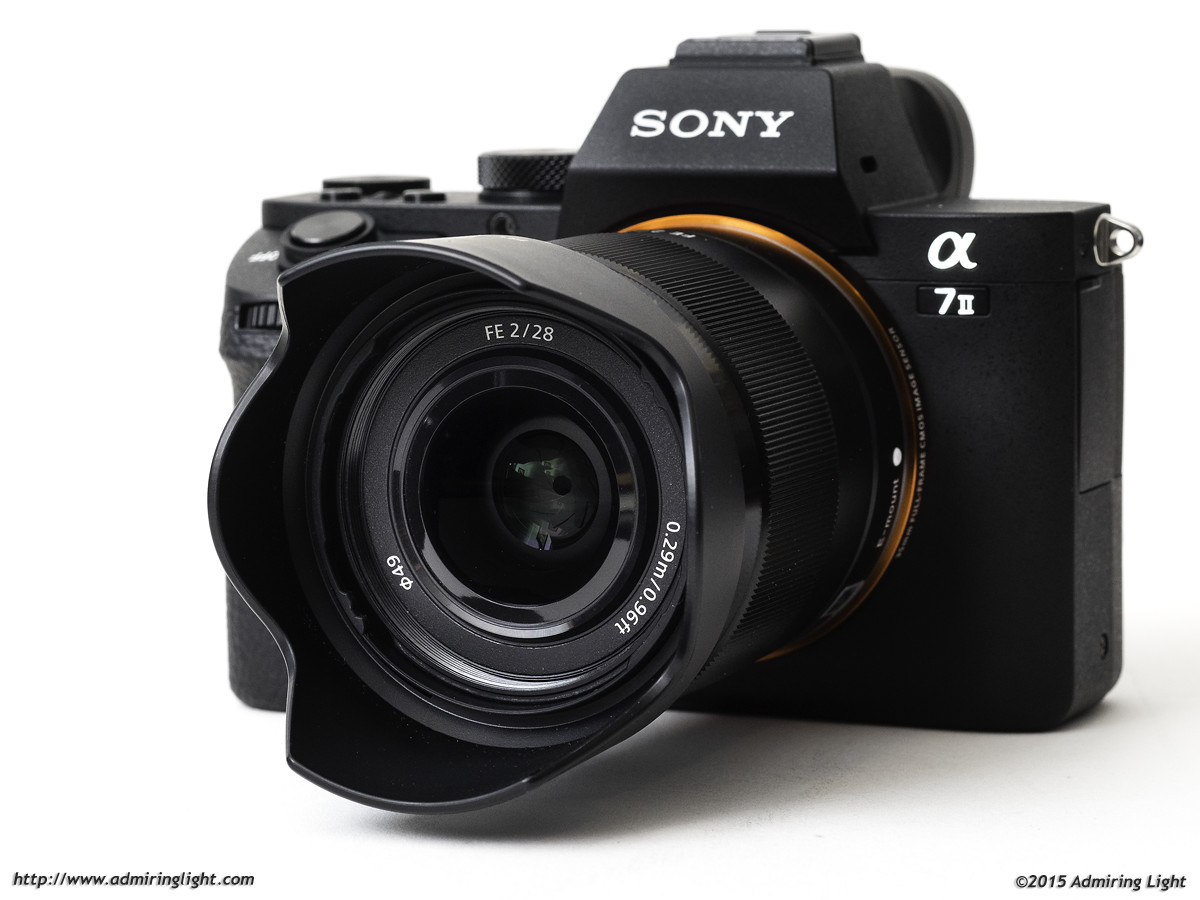 The FE 28mm f/2 is the first inexpensive prime lens for the FE system, and some may take that to mean reduced optical performance.  Luckily, the FE 28mm largely exceeds expectations with regards to overall image quality.

The 28mm f/2 produces detailed and sharp images in the vast majority of situations.  Images at f/2 are already quite sharp across the central part of the frame, especially at closer focus distances, while the edges and corners show a bit of softening.  Stopping down to f/5.6 brings the corners and edges up to good levels of sharpness while the center becomes blisteringly sharp.  The lens shows a bit of edge softness after distortion correction, which I’ll get into shortly, but overall, the lens is sharp enough to handle these corrections without too much trouble.  Especially when considering the reasonable price, the FE 28mm f/2 is a strong performer.

The fast f/2 aperture allows for some subject separation and background blur at closer focusing distances, and for the most part the bokeh of the 28mm f/2 is fairly nice.  There are no major aberrations in the bokeh, though it can get a bit chunky at times, depending on the background.  At very close focus distances, things blur quite nicely and specular highlights are predominantly round and evenly illuminated.  Overall, it’s a solid performance in this area.

I think one thing that surprised me is that the amount of subject separation seems slightly less than I’d expect for a lens of this focal length and speed.  Part of it may be the more gradual falloff than is present on some of the higher end lenses I’ve used, but in any case, things are good enough here to not be a worry.

The Sony 28mm f/2 yields images with a nice, even contrast and color palette that is consistent throughout the aperture range.  There’s nothing particularly special about the color and contrast produced by the lens, but it provides a good base file with plenty of punch that sets up for consistent post-processing.

The 28mm f/2 also puts in a very nice showing with regards to chromatic aberration.  Lateral CA is very well controlled, while longitudinal CA also doesn’t pose much of a problem.  There can be some mild green bokeh fringing in certain circumstances, but on the whole, it doesn’t crop up very much.

The FE 28mm’s primary weakness is with distortion control.  While the lens has a built-in profile for JPEG files that will correct for the distortion, RAW files show the true nature of the optics, which show heavy barrel distortion. Lightroom has a lens profile that will correct for the distortion and vignetting, and it generally will eliminate most of it.  However, the barrel distortion is exaggerated further at close focus distances, and the profile here requires extra correction if lines are to remain straight.

Correcting the barrel distortion will cause some loss of sharpness at the edges of the frame, as these parts will be stretched a bit.  It also will reduce the field of view somewhat from the native RAW file.  Luckily, this doesn’t cause a problem in shooting, as the camera view will show the corrected image in the viewfinder during composition.  For landscape work, sometimes you may want to leave the distortion uncorrected to gain that extra bit of corner resolution, but for architecture or any other shot with straight lines, you’ll want to use the profile correction.

As I mentioned, the Lightroom profile also fixes vignetting, which is also rather heavy at wide apertures, and takes closing the aperture several stops before it becomes negligible.  As one who enjoys a bit of vignetting (I often add some light darkening at the edges in post), this doesn’t really bother me, but it’s definitely worth noting.

The FE 28mm does perform very well against bright light, however.  The lens is extremely flare resistant, and there is only minimal loss of contrast and very small ghosts that can be induced with a bright light in the frame.

Overall, the FE 28mm is a high-quality optic that performs well in most imaging characteristics.  Only some edge softness at wider apertures, strong distortion and some vignetting are there to detract from the image quality.