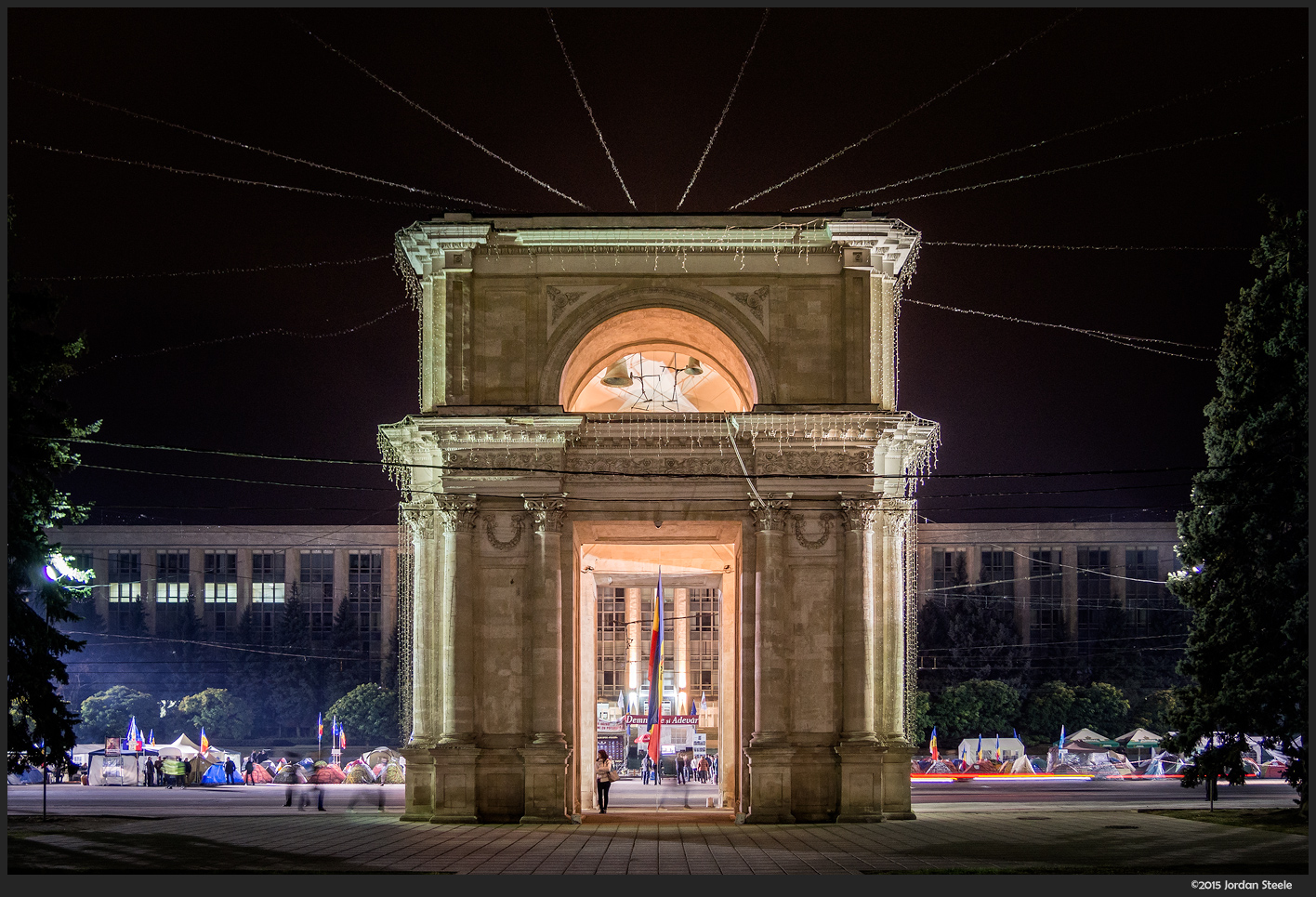 This past week, I traveled to the small country of Moldova in eastern Europe. The country is a former Soviet republic and shares a cultural history with neighboring Romania. Prior to visiting, I had virtually no knowledge of the country, and while I certainly wouldn’t proclaim to be an expert, I am glad I got the opportunity to see the country.  There’s a bit of turmoil in the country at the moment, as a large portion of the population is pushing for closer ties to the European Union, while others support a more pro-Russia agenda.  Some desire reunification with Romania.  At the moment, there are ongoing protests outside government buildings that have been happening since early September, when tens of thousands descended in downtown Chisinau to express dissatisfaction with the current government due to corruption and the theft of $1.5 billion.  This somewhat contentious political climate was present in the background, but I found the people of Moldova to be friendly and laid back in my limited interactions.

Now, you’re here for photography discussion, so let’s get to it. I was in Chisinau on non-photography business, but had some short opportunities to take a few photos. Because photography wasn’t the primary purpose for the trip, I really wanted to travel light, but still have the ability to get high quality shots. As I review cameras and lenses from many different systems, I have base systems for all of them…so what to choose?

For my personal shooting nowadays, I split my time fairly evenly between the full-frame Sony A7 II, mostly with Canon FD lenses, and the Fuji X-T1 with many of the excellent Fuji X lenses.  The Fuji stuff gets used for most family shooting, portraiture and general purpose use, while the Sony kit sees use for landscape shooting and tripod mounted shooting, though both are used for all sorts of shots.  My Micro 4/3 gear nowadays generally gets brought out for shooting Macro (with the outstanding Olympus 60mm f/2.8) as well as when I want a small system for long les work.

So why bring the E-M5 to Moldova?  Two reasons: size and In-body image stabilization.  I considered bringing the Sony a6000 with Rokinon 12mm, 35/1.8 and 55/1.8, but I didn’t want to bring 3 lenses and I don’t have a small zoom for my a6000.  I also wasn’t going to be bringing a tripod, which would make handholding at night problematic.

The E-M5 with the lowly 14-42mm kit zoom and the small but quite good Olympus 40-150mm f/4-5.6 seemed to fit the bill perfectly, providing a very broad focal range in a very small package.  Together, the kit weighs next to nothing and fits in a tiny bag. I also could carry the camera and lenses in my jacket pockets, which proved to be the most convenient.  The E-M5’s in-body IS is also outstanding, and despite the slow apertures of these lenses, I was able to handhold shots even at night.  The first shot in this article is probably my favorite of the trip, highlighting the Arcul de Triomf with the camped out protesters in front of the Moldovan Government House.  This shot was taken at 14mm, wide open, handheld at 1/2 second, and allowing for a relatively low ISO of 400 while still snagging a sharp shot.

The decision proved to be the correct one.  I got a fair few nice shots around the city and was glad I had some longer shots to capture some nice shots highlighting people in the park near my hotel.  The light wasn’t amazing while I was there, and time to shoot was limited, but a handful of walks around town yielded some nice photos in a unique and interesting country.  Take a look below for some more shots.