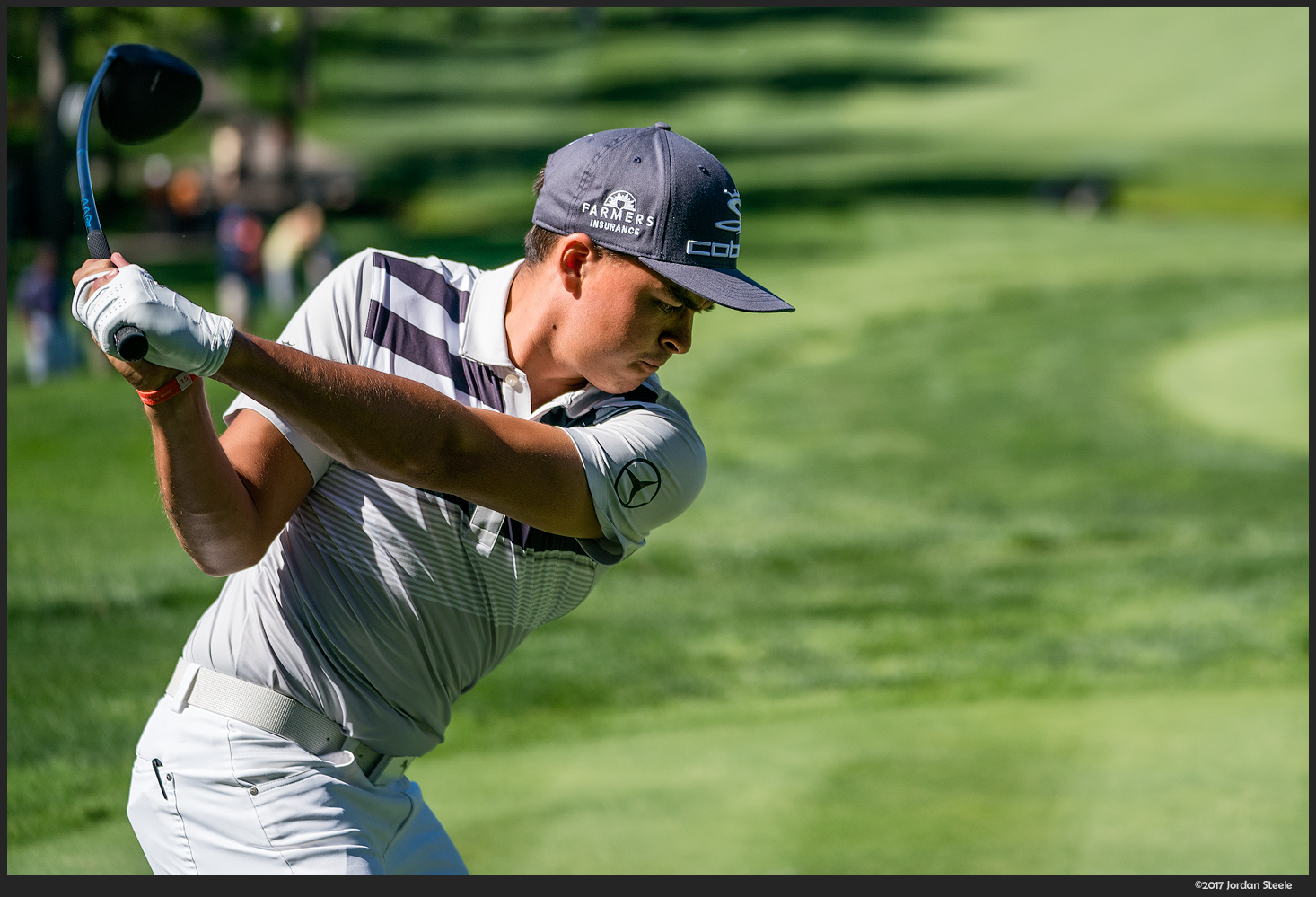 So, I had a chance to test out the new Sony A9 over the past week, and I’ll have a full review soon.  However, I wanted to share my experiences shooting with this new camera in an area where it may find a very strong following: Golf.  I took the camera, along with the 70-200mm GM lens, to the practice rounds at The Memorial Tournament earlier this week.

The A9 is perhaps the only camera in the world right now that is equipped to shoot sports completely silently, and for a sport like golf, this can mean shots that other photographers simply can’t get with other gear.  With a DSLR or other mirrorless cameras, the photographer is limited to shooting after the golfer makes contact with the ball, due to the distraction the clacking shutter causes. While this generally makes for the most pleasing shots anyway, there are other moments and compositions that become available when you can shoot at any time, and the A9 allows you to do this. The shot below is a shot that would be simply impossible with other interchangeable lens cameras. I was able to capture the power of the downswing. The flex shown here is the actual flex of the club, and not an artifact of rolling shutter.

There are plenty of cameras around that have a silent shutter option, but the A9 is the first major interchangeable lens camera that has an electronic shutter with a readout fast enough to capture action like golf without causing major warping effects.  Before the A9, electronic shutters were pretty useless for action shots, as the slow readout from the sensor was often in the timeframe of approximately 1/15s.  The electronic shutter in the A9 is an order of magnitude faster, and as such allows for the capture of golf swings with only minor rolling shutter effects.

In fact, I found the only place in the swing where rolling shutter still produced moderate warping that was noticeable, was at the very bottom of the swing, and even then, it usually was only seen with clubs like the driver or 3 wood.

The high-speed 20 fps capture with full autofocus also allowed me to pick precise moments of time in the swing, though with the speed of a swing, there are still plenty of gaps, even at 20fps.  Still, the fast speed allowed for many shots like that above, showing the ball in flight and club extended. The huge 180 shot buffer also meant that I never ran into a time where the buffer filled in my normal shooting.

The A9’s larger battery also performed extremely well for me.  I shot exclusively with the electronic shutter, and almost always with the camera set to 20 fps. The first day out, I took 875 images over the course of 5 hours, and came home with the battery still showing 68%.  The second day, I took over 1400 images in around 4 hours, but with less chimping, and the battery was at 66% at the end of the day.  In all, I think one A9 battery appears to have enough juice that it’ll likely get through a professional sporting event without having to change batteries, even if you are shooting thousands of images.

While the camera performed very well, there are certainly a few things worth noting:

Both the effects above can be seen in the shot below, where the rolling shutter causes a warping of the club at the bottom of the downswing, and the ball shows a bit of banding: Click here for a 100% enlargement of the banding on the blurred ball.

Still, the subtle warping seen above is light years ahead of any other electronic shutter, and really only shows up in specific circumstances.  On the whole, the A9 was a joy to shoot with for golf.  The silent shutter meant I could shoot whenever I wanted to, and the high-speed framerate gave me great choice in final images.  Also, the big, clear viewfinder shows absolutely zero blackout and no lag when shooting, providing a continuous view throughout.  I have a feeling you’ll be seeing a lot of Sony A9’s on the fairways in the next year or two.

Here are some additional images from my shooting.

11 thoughts on “Shooting Golf with the Sony A9”