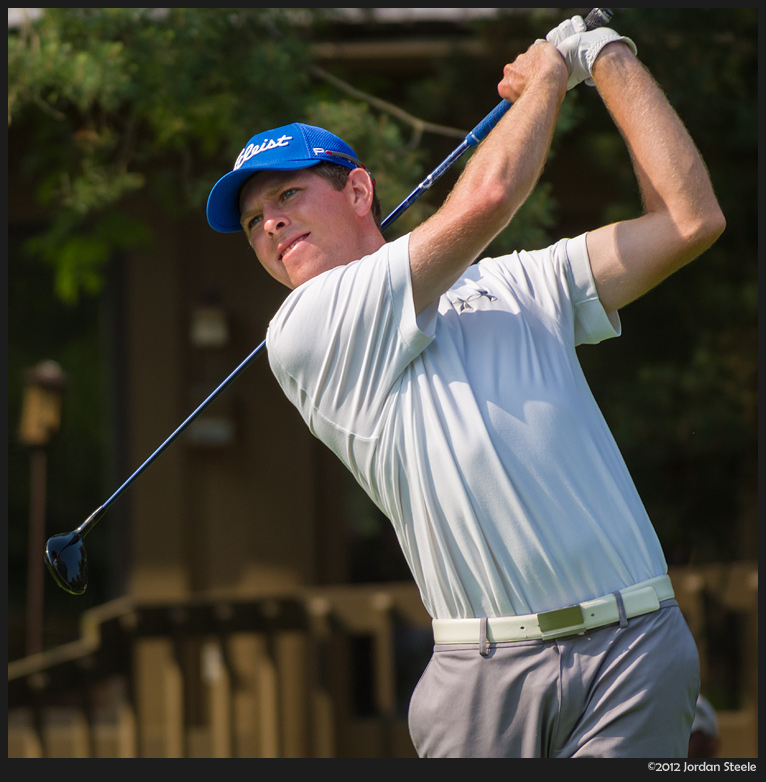 Each year, I go out to the Memorial Tournament here in Columbus, and take photos at the practice rounds.  This is my fourth year shooting the tournament.

It was blazingly hot today, and none of the big names come out on Monday, so I just stayed until around 12:30 and came home. I’ll be doing tomorrow as long as the rain holds out and all day Wednesday (which should be the best day…everyone will be out, and it should be 79 and sunny!)

This is my first sports shoot with the Olympus E-M5, and it performed well.  I used my Canon FD 50-300mm f/4.5L  all day long (except for the one of the golfer shot from behind, which is with the Olympus 14-42 kit lens).

I am really impressed how the E-M5 performed today. The 9 fps bursts were really nice to have, and the dynamic range was impressive. This sort of shooting is always really hard on the sensor, as it’s harsh sunlight, so you have really bright spots and really deep shadows, and I don’t think I had a single shot where I lost highlight or significant shadow detail. Really, really good performance. Shooting with my GH2 last year, I had a fair number of shots with at least some highlight loss.  The files seem similarly malleable as those from my 1Ds Mark II, which I used to shoot the event in 2010.

I’ll be posting new photos tomorrow and Wednesday as well, which should include some of the top golfers on the PGA Tour.  On to the photos:

Bo Hoag (There will be some local buzz about him, since he’s a recent Ohio State grad, and the locals will all be rooting him on):

3 thoughts on “The Memorial Tournament – Day 1”