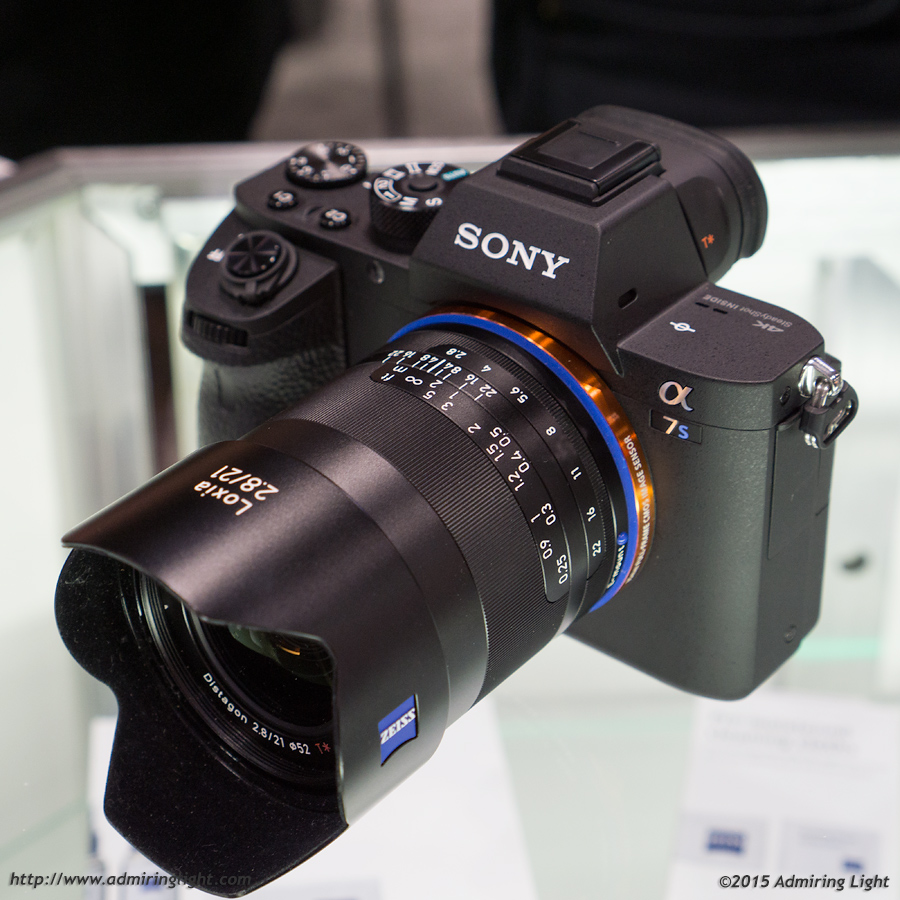 It’s not a huge event for Sony this year, but for serious shooters, two new cameras stand out.  First, there’ the new Sony RX1R Mark II, which updates the original RX1 with the same 42 megapixel sensor found in the A7R II, along with an integrated EVF.

The RX1R II feels great in the hand.  There’s not a huge grip, but what’s there is comfortable and the controls are easily within reach.  The camera has a similar control scheme to the A6000, though with an extra exposure compensation dial on top, a focus mode selection dial on the front, and (inexplicably), the play and menu buttons switched.  The controls have good tactile feedback.  The camera focuses quite quickly, and from what I could tell from looking on the rear LCD, accurately.  Because it was a preproduction model, Sony didn’t allow me to put a card in for image samples.

The biggest addition to the camera is a new EVF, which pops up from the rear of the camera.  Unlike the RX100’s pop-up EVF, however, this one has the optics extend automatically.  The viewfinder has a generous 0.74x magnification, and while it’s the same 2.4 milion dot EVF found in the newer A7 series bodies, the optics and eye point make it look every bit as good, if not better.  The image was exceptionally clear, crisp and bright to my eye, with excellent eye relief even for glasses wearers (of which I am one).

In addition to the EVF, the RX1R II has a tilting rear display similar to the ones found on the A7 II series bodies, and it works how you’d expect.  The camera features the same excellent 35mm f/2 Zeiss lens, so image quality should be outstanding.  It’s a pricey camera at $3300, but if you know you want a small 35mm kit, it’s possibly an ideal camera.

The A7S II was also on display, and if you’ve used the A7 II or A7R II, then you already know how it operates.  The body and controls are identical to the other Mark II series A7 bodies, and the EVF is the same as the one on the A7R II.  As expected, the camera displays excellent control of noise in low light, and the mild 12 megapixels of resolution is easy on lenses, so sharpness isn’t usually an issue, even at high ISO.  The full-size samples from the Loxia 21mm on the next page were all taken with the A7S II, so check those out for some straight out of camera JPEGs.

Finally, Sony didn’t announce any new FE mount lenses for the show this year, but the representative I spoke to said that they have been informed that new FE lenses will be coming before the end of the fiscal year in Japan, which is in March.  He didn’t know what was coming, but that they would be coming soon.

Now on to a new lens for FE mount, the Zeiss Loxia 21mm.