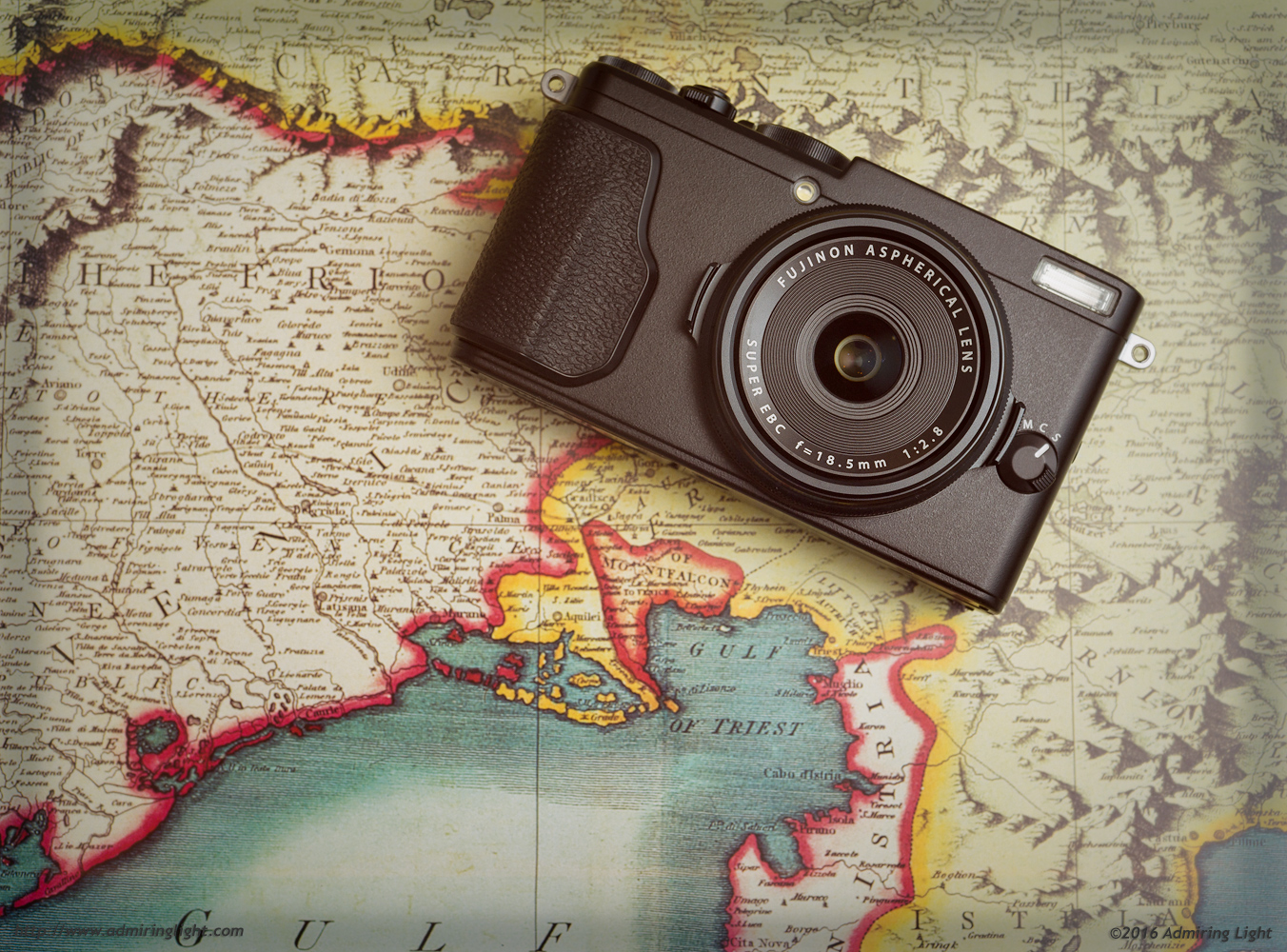 Fuji kicked off the X-series with the original X100, a camera that had a distinct retro aesthetic, great image quality and an optical viewfinder.  It made waves and eventually led to Fuji’s successful X-Series of interchangeable lens cameras.  The X100 has seen two more iterations, and today I’m looking at the newest ‘little brother’ of the X100 series: the Fujifilm X70.  The X70 features the same APS-C sized sensor as its bigger brother, the X100T, but it comes in a more compact body and with a wider fixed lens of 18.5mm (28mm Full Frame equivalent field of view).  To reduce the size, Fuji also removed the excellent hybrid viewfinder and replaced it with the first touch screen on a Fuji camera.  Does Fuji have another hit on its hands?

The X70 is a small camera, but it’s built very solidly.  The camera is constructed predominantly of metal, and there is no flex anywhere on the body.  The dials have a positive click, and the buttons feel nice in operation. However, due to the compact size, the area for grip is rather small.  I did get used to the minimal thumb and finger grips throughout my time with the camera. The body is light, but not too light, and it’s small enough to comfortably fit in my jeans pocket, though if you wear skinny jeans or similar pants, it will likely not be small enough to fit in a front pocket.  The camera begs to be used with a wrist strap for easy carrying, and that’s how I shot with the camera throughout the review period.

The small 18.5mm f/2.8 lens protrudes around a quarter-inch beyond the flat body, and Fuji has managed to squeeze both a dial and an aperture ring on to this tiny lens.  The ring can be changed to a multitude of different functions, from ISO to film simulations to manual focus, while the slim aperture ring is operated by two tabs that protrude from either side. The aperture ring has solid clicks, but I found it a bit awkward to use due to the very small gripping area and the very close proximity to the rest of the camera body.  I’d still rather use an aperture ring like this than have it assigned to a thumb dial, but the implementation here is a bit lacking due to the concentration on keeping the camera small.

There are no filter threads on the lens, though there is a removable decorative ring that allows an accessory filter adapter to be threaded on to the outside of the lens which can then take screw in lens filters.  These outer threads also allow the X70 to use the wide and telephoto conversion lenses designed for the X100 series of cameras.

If you’ve used previous Fujifilm X-Series cameras, the general control of the X70 will be instantly familiar to you. The camera operates based on the classic control schemes of cameras from years past, with an aperture ring to control aperture, a dedicated shutter speed dial and a dedicated exposure compensation dial.  ISO selection can be assigned to a button and then adjusted with the rear toggle switch, or it can be assigned to the front control ring for instant access. The camera lacks a traditional PASM dial, rather using these dedicated dials to set autoexposure modes. Setting any parameter to ‘A’ will let the camera choose that parameter automatically, so setting the aperture ring to A while selecting a shutter speed operates shutter priority mode, while the opposite operates aperture priority. The typical ‘Program’ mode is entered by selecting A on both dials.  The X70, like the X-T10, has a full Auto switch as well, that sits below the shutter speed dial.

I have always loved this control scheme, and it continues to work well even on a camera of this size, aside from the very small nature of the aperture ring.  The top dials have nice positive clicks and feel great in use. As mentioned previously, the one control that is not present on the interchangeable Fuji cameras is the front control ring, which can be changed to operate many settings, such as ISO, film simulation, white balance and more.  The small button on the side of the camera brings up the menu above, to choose which parameter is used. It’s a useful thing to have and helps with the use of the camera.

The remainder of the rear buttons will also be familiar to Fuji shooters, as they retain the same basic layout of the other Fuji cameras.  There’s the four-way controller buttons, a rear toggle, which is pressable for magnification, and takes the place of the usual spinning wheel on the rear of other Fuji cameras. The Q button brings up the Quick menu, which allows for quick selection of a variety of shooting parameters.  There’s an additional programmable function button in the bottom right, and the four buttons on the four-way controller can also be programmed.  In all, the X70 offers a total of 7 programmable function buttons. Finally, the traditional Fuji focus selector switch to change between manual, single shot and continuous autofocus sits aside the lens for operation by your left hand. The excellent Fuji control scheme and customizable buttons allow the X70 to retain excellent functionality in a small package.

There is one very big change with the X70, though, and that’s the addition of the first Fuji X touch screen. The rear screen of the X70 is both touch sensitive and flippable for shooting low to the ground or above you, and it can even flip completely forward for selfies or keeping an eye on framing while shooting video of yourself.

When I heard Fuji had implemented a touch screen for the X70, I was both excited and a bit skeptical. It often takes a few iterations to really nail a touch interface, but Fuji did a very nice job with the X70’s touch screen.  They didn’t, however break any new ground with the functionality. The screen is a 3 inch panel with 1.04 million dots, and it looks very good.  It’s bright enough to use outdoors in bright sunlight, but it isn’t as good as using an EVF in these conditions.  Still, I found color and contrast to be excellent on the screen.

The camera allows for typical touch controls, with the ability to both select autofocus points and take photos directly by touch.  Unlike Panasonic and Olympus, though, you do not have the ability to set a focus point anywhere in the frame; you are limited to the same grid of 77 focus points that is found in the X-T1 and X-E2.  The function of tapping can be changed by tapping a box in the upper right corner.  Unfortunately, there aren’t really any other features that can be done while shooting with the touch screen, though image review functions are also available, such as swiping between photos and pinching to zoom.  In all, it’s a nice addition that adds to the functionality of the camera without hampering shooting.