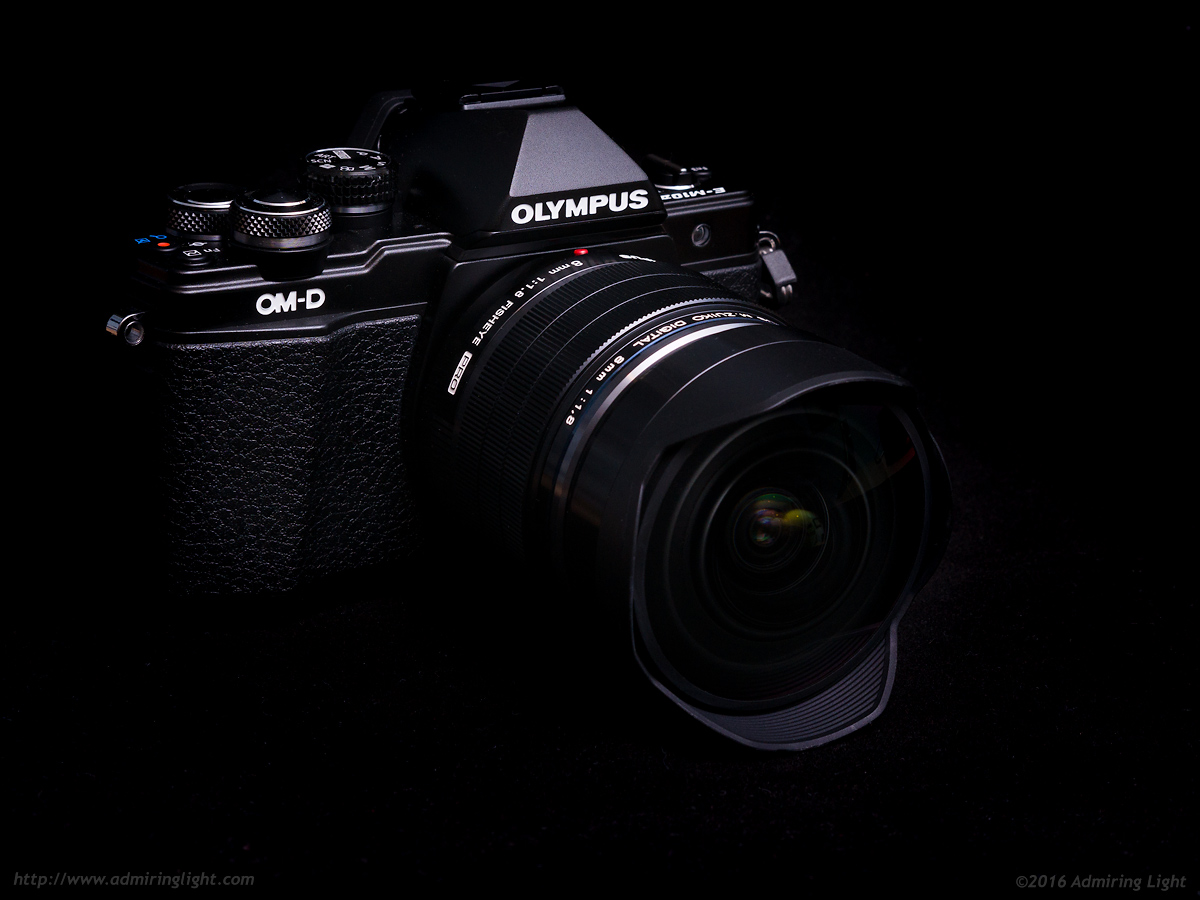 Fisheyes have a challenge: So much is included in the frame that you often want all of it to be sharp.  Thankfully, the Olympus 8mm f/1.8 delivers and delivers well in this department.  The 8mm fisheye is an exceptionally sharp optic.  Even at f/1.8, the center (and majority of the frame) is absolutely razor-sharp.  In the center of the frame at all apertures, it rivals the very best lenses in the Micro 4/3 system.  We’re honestly at Nocticron and Olympus 75mm territory here, if not possibly a cut above.

The edges take a bit longer to catch up, with some softness on the edges and corners wide open, which quickly sharpen by f/2.8 and provide excellent sharpness deep into the corners by f/5.6. A truly outstanding performance.  I will note, however, that my review sample showed some slight decentering, as my right edge of the frame showed a bit more softness than the left.  In fact, at f/1.8, my left edge was reasonably sharp while the right was soft.  However, even with this slight decentering defect, the lens was still sharp to the corners by f/5.6, which rendered the impact of this error to be minimal in field use.

Bokeh on a fisheye?  With this lens, yes.  When focused at closer distances, the lens shows pronounced blur, and amazingly, that blur is very pleasing.  I was surprised to see that the bokeh produced by the 8mm f/1.8 is smooth, even and quite good to my eye.  Specular highlights are evenly illuminated and there’s gentle falloff between colors in the background.

The 8mm f/1.8 fisheye produces images with exceptional color and contrast.  Much like the other PRO badged lenses in the Olympus lineup, care has been taken in the design of this lens to produce excellent contrast and rich color even at f/1.8.  There’s really no change in the drawing style of the lens at various apertures.  Only at extremely close focusing distances does the lens drop off a bit in contrast, likely due to some spherical aberration induced by the close focusing.

The lens exhibits extremely minimal lateral chromatic aberration, such that you’d be hard pressed to see it in any images. It can produce some longitudinal CA, however, most visible when shooting close up at wide apertures.  It’s not too bad, but it’s definitely there if you’re shooting a high contrast subject with parts that fall outside the plane of focus.  Some fringing can also occur on high contrast edges, though it’s more blue than the typical purple fringing that can sometimes occur.  In all, though, the 8mm performs fairly well in this regard.

Being a fisheye, the lens is designed to have massive distortion, which renders straight lines as curved unless they don’t pass through the center of the image.  On the opposite side of this, curved lines and circles will see less distortion than on a rectilinear ultra-wide angle.  The distortion is often one reason for selecting a fisheye lens, though personally, I enjoy fisheyes for the opportunities afforded by their extreme field of view.  While the fisheye distortion will be incredibly obvious when shooting subjects with straight lines, such as buildings, shooting other subjects can often hide the distorted nature of the fisheye.  Shooting landscapes with the horizon in the center, or without a reference point can capture views that no other lens can while hiding the fisheye distortion.  Believe it or not, shots captured with people, when they are not placed at the edges of the frame and shot at a moderate distance can show only minor distortion of features.  You’ll see two self portraits in the image sample section: one where I maximize distortion, and one where it’s much more subtle.

Flare performance is rather important in a fisheye lens, as the extreme width will place the sun in the frame in many outdoor compositions.  The Olympus 8mm shows only average resistance to flare, however.  I’ve definitely seen worse flare performance in fisheyes, but I’ve also seen much better.  It is quite possible, depending on the sun’s position in the frame, to induce rather large multi-colored flare ghosts.  This can sometimes enhance images, but more often than not, it will detract a bit from the final image.

The 8mm f/1.8 also shows notable vignetting at f/1.8, though this eases fairly quickly and by f/4, it’s invisible in real world shooting.

In all, the performance of the 8mm fisheye is outstanding.  Only less than perfect flare performance really mars what is otherwise an exceptional optic.