Olympus produced the very first rangefinder styled mirrorless digital camera back in 2009 with the original Pen E-P1…a classic camera that, despite a merely OK sensor and sluggish performance, set the tone for the industry.  It was a camera with great retro styling, a beautiful construction, extremely small size and a DSLR sized sensor.  It certainly made waves.  However, Olympus’ subsequent releases in the Pen line were met with a fair amount of disappointment for one reason or another.  The E-P2 was largely a rehashed E-P1 with only a few new features.  The E-P3 finally updated the aging autofocus and gave the camera a built-in flash, but kept the same old 12 megapixel sensor that the original E-P1 used. 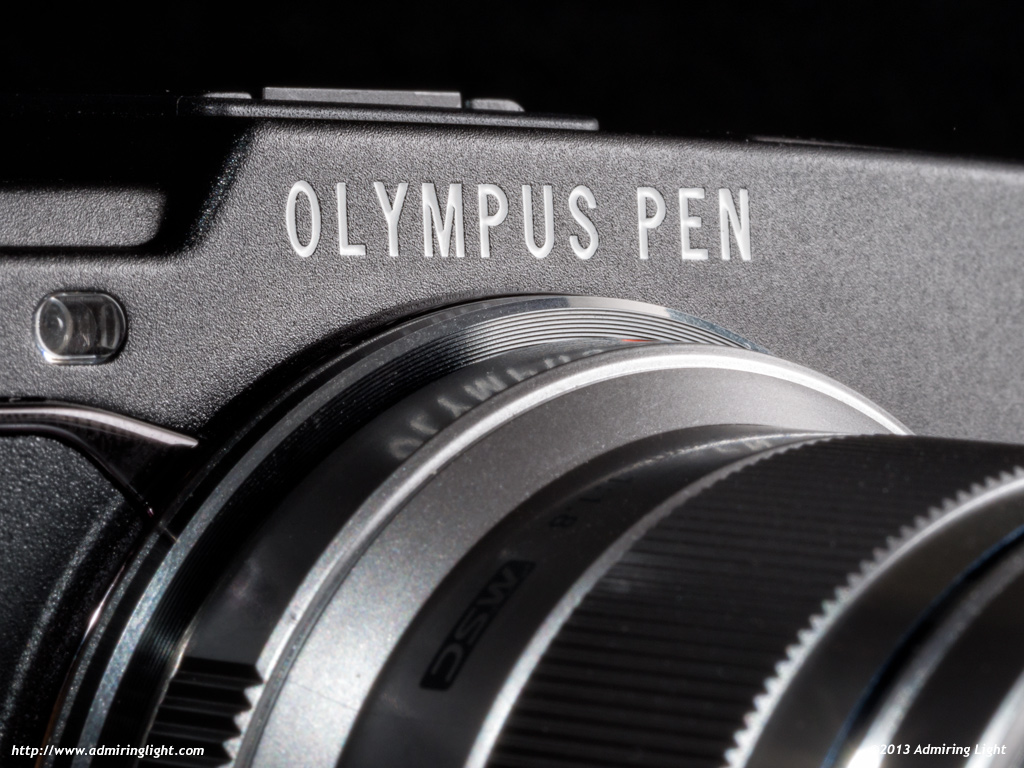 Enter the fourth generation of Pen…the Olympus E-P5.  Compared to its predecessors, the E-P5 promises to be a major step up, including all the technology from the outstanding OM-D E-M5 and a few new tricks of its own.  The E-P5 inherits the 5-axis image stabilization from the E-M5 as well as its excellent 16 megapixel sensor, while adding an improved autofocus system, better responsiveness and Wi-Fi connectivity.  Let’s take a look at the new Pen and see how it stacks up.

The Olympus Pen E-P5 is very similar in size and feel to all the earlier Pen cameras. However, the subtle changes Olympus has made makes this feel like more of a premium offering.  The camera comes in three colors, silver and black, all black, or white.  My review sample was the all black version.  The new look goes even more retro than previous models, echoing the company’s Pen F from decades past.  The result is, in my opinion, a very fine looking camera.  The finish of the camera is a subtle matte texture over the metal shell, and this lends a distinctly high-end feel to the camera body.  When you pick it up, it feels like quality.

The front of the camera has a rubber hand grip to aid in handling the camera, and it works well.  The front grip provides a nice grippy surface for your fingers, while a rear thumb rest takes care of the back.  While my grip always felt sure on the E-P5, I didn’t find it particularly comfortable to handle. The finger indentations that you naturally fall into for the best grip cause your hand to sort of clench up.  I would have preferred a more subtle curve to the hand grip, but overall it’s OK.

The front of the camera is spartan, having only the lens release button, the AF assist lamp and the front control dial.  The front dial is well positioned for very easy operation with your index finger, just below the shutter button.

The rear of the camera has a plethora of controls concentrated on the right hand side, with the rear control dial just above the thumb rest.  Below the thumb rest sits the four-way controller that helps move autofocus points as well as provide direct access to exposure compensation, AF point configuration, drive mode and flash options.  Surrounding the four-way controller are buttons for image playback and deletion, the menu button and an info button for changing display information.  There’s also a dedicated magnification button and a two position lever with the dedicated movie recording button inside it.

The four-way controller is a bit finicky, and the thin rim of the controller isn’t particularly precise.  I often would end up hitting left accidentally while trying to press down, and it’s a little mushy.  Thankfully, all the other buttons are very nice in feel, with distinct positive clicks upon pressing.  The control dials (both front and rear) have great

tactile feel.  The lever to the left of the thumb rest is an interesting little addition.  When in position1, the two dials change parameters as you’d expect (shutter speed, aperture, exposure compensation).  A quick flick to position 2 changes the dials to control ISO and white balance settings.  Nice!

To the left of the camera’s accessory port sits the pop-up flash button.  This button quickly releases the camera’s built-in flash.  Unfortunately, it does it far too easily.  The button sticks out from the body and doesn’t require a particularly deep press to release the flash, which caused me to accidentally pop the flash out on multiple occasions, and it even popped out in my bag a couple of times.  Thankfully none of these led to damage, but the potential is there.

The rear screen of the E-P5 is a high resolution 1M dot LCD that tilts down and up for easy viewing.  The rear screen is clear and sharp, and unlike the OM-D’s, the E-P5’s screen doesn’t exhibit color shift depending on viewing angle.  It’s also a noticeably slimmer panel compared to the OM-D’s rear screen.

On top of the camera sits the ubiquitous mode dial along with the shutter button, a programmable function button and the power switch.  All are well built and operate well.

One problem I ran into when I first got the E-P5 in my hands was with the relative position of the mode dial and the rear control dial.  See, on the E-P5, they’re positioned near perfectly: the control dial is immediately above your thumb for super easy access, and the mode dial is up and to the left, but still easily accessed by your thumb.  My problem was, as an OM-D E-M5 owner, the E-P5’s mode dial sits in the exact same spot as the E-M5’s rear control dial.  For the first two days, I very often would switch modes when I was hoping to make an exposure compensation adjustment.  It’s not a knock on Olympus…the E-P5’s dial locations are in a better position than on the E-M5.  It’s just a note of warning to E-M5 owners looking to add the E-P5 as a smaller second body: muscle memory can be a pain.

Overall, the build of the E-P5 is on a very high level and the cameras controls are well laid out and generally feel great to operate, with the few noted exceptions above.

By itself, the Olympus E-P5 doesn’t come with a viewfinder.  For a $999 camera in 2013, this is somewhat of a letdown, given that all of its high-end mirrorless competition features integrated corner viewfinders that don’t significantly affect the camera’s size.  I suppose it can be argued that if you want an E-P5 with an integrated viewfinder, the OM-D E-M5 is your camera, though you lose some of the E-P5’s features and gain that extra height from the viewfinder hump.

However, for those times you want a viewfinder on your E-P5, Olympus has released a new external viewfinder, the VF-4, that pairs beautifully with the camera.  The VF-4 is rather large for an external viewfinder, and does noticeably bulge out of the E-P5’s otherwise sleek lines, but as with many things, it’s what’s inside that counts.

What’s inside the VF-4 is nothing short of the best electronic viewfinder I have ever used.  It provides a huge, clear and sharp view with essentialy zero lag, great dynamic range and good color.  The viewfinder has a 1.48x magnification, which is essentially the same size as the one in the Canon 1D X…larger than most any DSLR finder out there.  It also features a built-in eye sensor, so it can switch between the rear screen and the viewfinder as seamlessly as with any built-in EVF.  However, when using the VF-4 on a non-E-P5, that functionality doesn’t work…at least it didn’t on the OM-D.   I didn’t receive the VF-4 for testing until 3 days into my review period with the E-P5.  Until then, I was somewhat ambivalent about the E-P5.  Once I put the VF-4 on it, it became an incredible photographic experience.