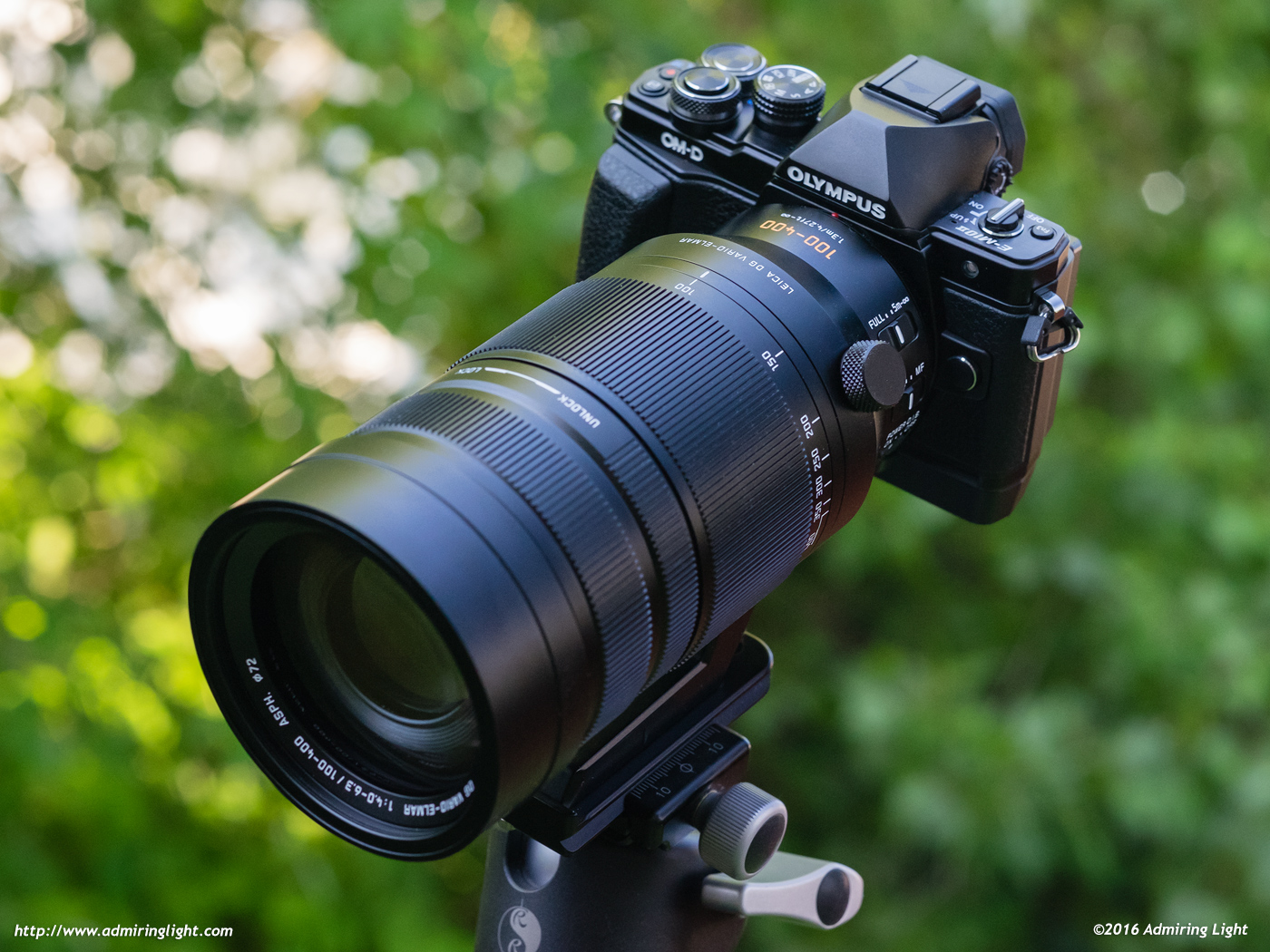 With several budget-level long lenses with good quality already available in the Micro 4/3 system, I had high hopes for the 100-400mm, and for the most part, the lens satisfied those expectations.

The Panasonic Leica 100-400mm lens shows very good image sharpness throughout the zoom range, even at wide apertures.  The lens is unsurprisingly sharpest at the wider focal lengths, but even at 400mm and f/6.3, there’s good resolution over the majority of the frame. If focusing on very distant subjects at 400mm, sharpness suffers slightly, but this could also be due to some atmospheric effects as well.  Due to the slow speed and the quick diffraction limit on Micro 4/3 cameras, there’s minimal improvement on stopping down, but there isn’t a lot of improvement needed either.  Click here for a 100% crop of the image below, taken at 400mm wide open.  Click on the green arrow at the bottom of the screen to view at full size.

Supertelephoto lenses are known not only for their reach, but the ability to isolate the subject with extremely blurred backgrounds.  Given the modest maximum aperture and the smaller MIcro 4/3 sensor, the 100-400mm doesn’t quite give you the same look as something like an 800mm f/5.6 would give on a full frame camera, but it certainly blurs the background out quite a bit for most subjects.  The bokeh produced by the lens is a bit of a mixed bag, as closer-framed subjects will yield images with generally smooth blur, while more distant subjects show a bit of nervousness, with a mild edge to specular highlights visible in the background. This nervousness can also creep in a bit if there’s mottled light on foliage, as can be seen in the shot below. Overall, I find the look to be quite pleasant in most situations, but it’s not a perfect lens when it comes to blur rendition.

The contrast curve from the 100-400mm is fairly unremarkable. There’s enough contrast to provide a great starting point for post-processing without becoming overly punchy.  Colors are evenly saturated, with perhaps a bit of a warm cast.

The lens does an excellent job at controlling chromatic aberration, as both lateral and longitudinal CA is essentially absent, which is an excellent finding in a lens such as this.

Like a lot of telephoto lenses, distortion isn’t an issue with this lens, and you’ll have no issues shooting things like distant buildings or detail areas of buildings with straight lines. Vignetting is also fairly well controlled, though not absent.  There is some mild edge shading throughout the focal range and aperture range, and it never completely disappears, though it’s mild enough that it’s hard to notice unless you’re really looking for it.

Flare, on the other hand, is a bit of an Achilles heel of this lens, at least in the right circumstances. Shoot with the unshielded sun in the frame towards the long end of the zoom and effectively the frame is ruined. There’s a massive loss of contrast and huge purple and green blobs invade the image frame. Thankfully, with such a long lens, framing that includes the sun will be a rare occurrence, and flare performance in most situations isn’t an issue.