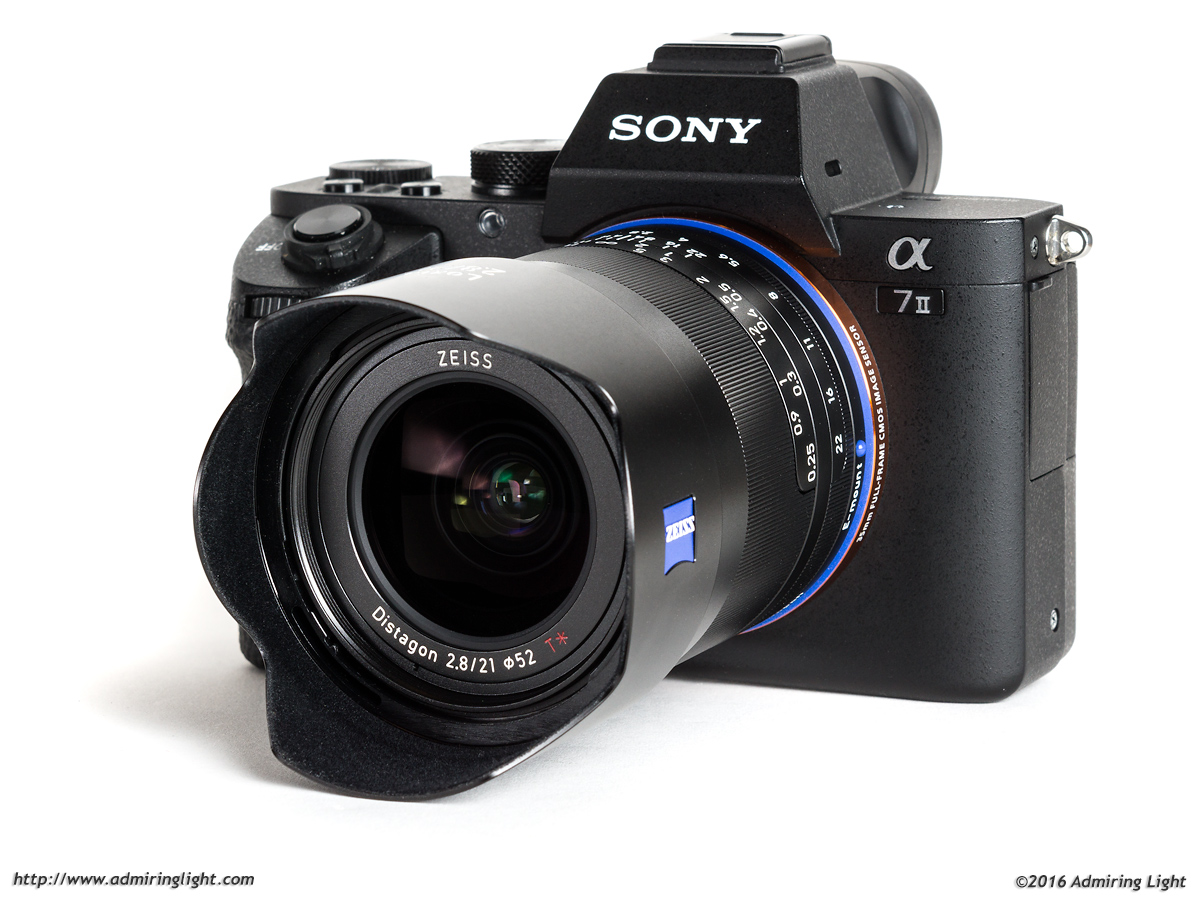 Zeiss has been pushing out lens after lens for the full-frame Sony E-mount, with three distinct lines of lenses. They have the Sony-Zeiss lenses where they co-design lenses with Sony, the autofocus premium Batis line, and the compact manual focus Loxia line.  The latest lens in this manual focus line is the ultra-wide-angle Loxia 21mm f/2.8 Distagon T*. The Loxia 21mm is a totally new design that aims to replicate the outstanding optical properties of their legendary 21mm Distagon for SLRs in a more compact package for mirrorless. The 21mm follows the well-received 35mm f/2 and 50mm f/2 Loxias that were first introduced in late 2014.  Let’s get into the Loxia 21mm review:

Zeiss had a challenge on their hands with regards to designing the  Loxia 21mm.  First of all, they have a reputation at this focal length for legendary excellence.  The Contax/Yashica mount Zeiss 21mm Distagon was widely regarded for many years as the finest wide-angle lens ever made.  Even today, used copies of this lens are regularly sold for around $1,500 US.  Second, they needed to fit in with the size design goals of the Loxia line, a challenge made more difficult by the very short registration distance of the E-Mount.  The short flange distance combined with thick sensor cover glass cause issues for ultra-wide lenses designed for rangefinders, such as the ultra-wide Zeiss Biogon lenses.  As such, Zeiss went with an entirely new Distagon design while retaining the compact size that is representative of the Loxia series.

The Loxia 21mm is a bit larger than the 35mm and 50mm lens that came before it, but it is still impressively small.  The lens is slightly smaller in diameter than the outside of the E-mount itself, but is longer than the other Loxias.  The lens is dense, packing 11 elements into its solid metal body. Zeiss claims the lens is weather sealed, and as part of that features a very well-fitting blue rubber ring around the lens mount that provides a tight seal with the mount on the camera body.

The 21mm features a fine ribbing on both the smoothly damped focus ring and the aperture ring.  Both rings move beautifully, with excellent manual focus feel and fairly accurate depth of field markings etched into the lens barrel.  The aperture ring moves with light but satisfying clicks that can be turned off by switching a small screw at the rear of the lens for video use.

The Loxia 21mm comes with a nice metal petal hood that reverses for storage.  The hood is the same design that I didn’t enjoy on the Loxia 35mm, but I didn’t have a problem with it on the 21mm because of the extra length of the lens, such that it didn’t encroach on my fingers when focusing.

The lens feels fantastic on my A7 II and should handle well on the earlier A7 bodies as well. In use, however, there are a two issues I have with the way the lens operates in the field, and both concern the close proximity of the aperture ring to the focus ring.  There is barely any space at all between the focus and aperture rings.  As such, it’s difficult to mount and unmount the lens, as there is no place to grip the lens where it doesn’t rotate. When mounting and unmounting, you’ll often rotate one of the two rings until a hard stop, at which point the rotation can occur to twist the lens into or out of the camera mount. I’m assuming the infinity stop and aperture ring stop are solid, so this shouldn’t cause an issue with lens operation, but I’d prefer for the focus ring to be a bit smaller so as to provide a place to grip the lens when mounting.

Another issue with this close proximity comes when shooting the lens stopped down. The Loxia line has electronic connections, but they are used entirely for transmission of EXIF data and to let the camera know the aperture position and whether the focus ring is in use. As such, the lens operates in stop-down mode like any adapted manual focus lens.  For critical focus, you will generally focus wide open, then stop down the aperture and take the picture.  With the Loxia, it can be difficult to turn the aperture ring without also turning the focus ring.  This is especially difficult when shooting in the winter months when you’re wearing gloves.

One final nitpick: the focus ring has around 90 degrees of rotation from minimum focus distance to infinity, and I wish it had a longer throw.  The difference between focusing at 2m and infinity is around 1/8 inch of travel in the focus ring, so hitting hyperfocal distance is more of a guessing game than anything else.

Still, these minor issues aside, I loved the way the Loxia 21 felt in my hand during shooting.  There’s something inherently satisfying about the lens.  But the real meat is in the images, so let’s get to it.