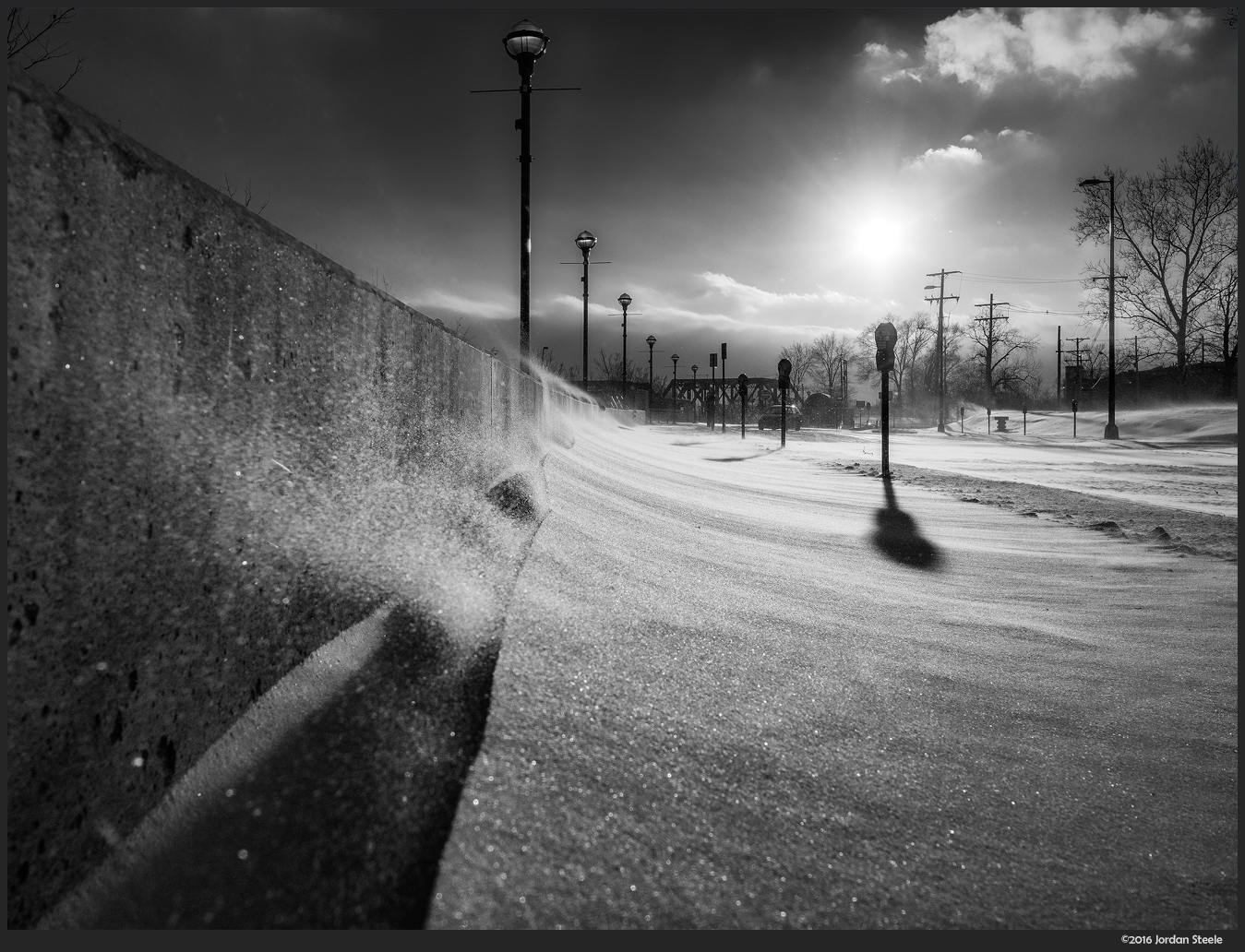 We’re in the heart of winter right now, though here in Central Ohio, you’d be hard pressed to tell so far.  Only in the past few weeks have we experienced colder temperatures and some very light snowfall. For me, that’s been very disappointing.  Once the colorful leaves fall off the trees in November, I can’t wait for snowfall to give the landscape some much-needed drama.  Instead, we’ve had two months of, well, nothing. Dead ground, bare trees, no plants, no snow: it’s been a dull winter so far.  Thankfully, the last week has seen a drop in temperatures.  We even had one evening where the temperature dropped near 0ºF (-18ºC).  As a result, there’s finally something to explore with regards to wintry weather.  Ice on rivers and lakes always makes for a good subject, with patterns and leading lines that aren’t normally present.

If you live in a wintry area, don’t forget to go out and shoot. These conditions don’t last too long.  Even if there’s been no snow, but there are frigid temperatures, head out anyway, especially in the early morning. When it gets very cold, the atmosphere changes, with moisture coming out of the air or the moisture that’s in the air beginning to freeze. As a result, colors that aren’t normally in the sky become visible, with clear skies showing beautiful pinks and purples, even without clouds to reflect the sunlight.

I’ve made a point to go out quite a bit the past week or so, and I thought I’d share a few of the images I’ve taken during this brief show of winter. While I hope those who will soon be blasted with a blizzard on the East coast will be safe, I lament the thaw that is forecast to come to my area in the next few days, which will melt the ice and return the ground to an ugly muddy green. If you’re in the path of this blizzard tomorrow and Saturday, stay safe and bundle up.  If you’re not snowbound, get out and shoot!

5 thoughts on “Taking Advantage of the Cold”