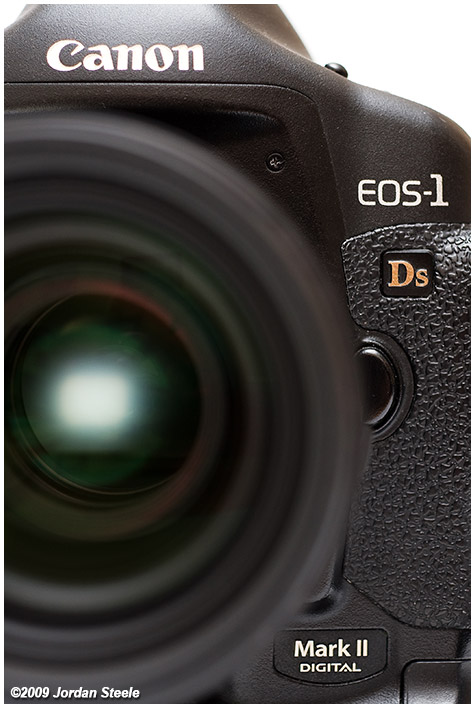 As an active member in several on-line photographic communities, I read a lot of photographers’ opinions on a wide range of subjects: photographic technique, inspirational photos, business and the quality of camera gear.  One trend I’ve noticed with the rapid pace of improvement in digital imaging is that many photographers get so caught up in the improvements new models make, that they never stop to evaluate whether those improvements will make any visible difference to their photography.  Heck, if you read some forums, you’d think that a camera stops being able to produce images if it’s older than 2 years.  It’s an interesting reaction to camera gear, and it got me thinking.  When is your camera good enough?  The short easy answer is that it will depend greatly on the individual photographer and their needs, but I think it is important to step back and try and remember your target audience and put the race for technological superiority in perspective.

The quest for the best…

From the mid-20th Century until about 2005, the majority of serious photographers and professionals used 35mm film for their work.  There was a minority who needed better quality than 35mm film could provide, so they turned to medium format film, and some continued to shoot with large format cameras like 4×5 and 8×10 viewcameras for the ultimate in resolution and quality.  These large format cameras could make impeccable enlargements several feet wide, but were also cumbersome to use, large and expensive to shoot (a single sheet of film for an 8×10 camera is several dollars…and that doesn’t count developing costs).  However, 35mm film was the sweet spot.  It was good enough for the prints that most photographers made, without being overtly expensive or difficult to handle.   Camera manufacturers released new camera bodies about every 5 years for a given line.  Of course, this made sense….you could gain features like faster motor drives or better autofocus and metering, but image quality was completely dependent on the film and the lens.  Then Digital came into view.

Digital photography has been around for longer than most people probably realize.  The first digital camera was a 10 kilopixel black and white unit that weight 8 pounds and was developed in 1975.  Obviously, this was not meant for real use, and in fact was only a prototype camera.  To avoid a lengthy discussion on the further development and advancement of digital point and shoot cameras, let’s zoom forward a while to the first digital camera that was based around an SLR body: The Kodak DCS 100.  This camera was based around a Nikon F3 body, and used a 1.3 MP sensor and had a separate shoulder carried battery pack and digital storage unit.  While this enabled quicker development for photojournalists, the image quality obviously wasn’t up to snuff and the clunky dual-component carrying would have been a real pain.  Less than 1,000 were sold.

Fast forward a few years and Kodak began building their DCS 3 camera, built into both a Nikon body and a Canon EOS body.  These were closer to what we think of now as a digital SLR, with a film SLR top and an integrated (but huge) digital section on the bottom.  This too was 1.3 MP, and image quality was still not really up to snuff and the bodies were insanely expensive.  The digital SLR market didn’t really start to become viable for most photographers until the introduction of the Canon EOS D30, a 3 megapixel DSLR released in May of 2000.  Nikon had previously released their 2.7 MP D1 in June of 1999, but the body was aimed purely at early adopting professionals with a body only price of $5,500.  The D30 on the other hand, while not being built into a pro-grade body like the Nikon, was slightly higher in resolution, though with better image processing and cleaner files and a more reasonable price of $2,990.    The D30 had excellent image quality at low ISO, with extremely clean files and good resolution for the time.  The 3 megapixel resolution meant that good quality 8×12 prints could be made at relatively decent ISOs.  For small prints, then, this camera would be good enough for a lot of shooters.  In fact, this camera still likely provides better image quality than a fair number of modern consumer point and shoot cameras.  The downside to the D30 was its feature set.  Only 3 point autofocus and a relatively unresponsive body.

The camera that made digital SLRs a thing for the masses was the Canon EOS Digital Rebel, released in August of 2003.  This 6 megapixel camera was the first sub-$1000 digital SLR and provided the same imaging sensor found in Canon’s 10D.  Image quality was very good, with a 6.3 MP resolution and very good low ISO capabilities and even passable higher ISO capabilities.  It was amazing to consider that in just 4 years from the Nikon D1 to the Digital Rebel, that digital photography had progressed from a niche product costing an arm and a leg, to a machine that could outdo most 35mm films for under $1,000.  It is important to note that the original Digital Rebel had high ISO capabilities significantly better than any 35mm film on the market in terms of resolution and grain.    We tend to forget how grainy even ISO 400 film was.

At this point, both the enthusiast market and the entry-level digital SLR market exploded.  Canon’s 1Ds Mark II in 2004 blew the doors off the professional world, offering low ISO capabilities superior to any 35mm film on the market and absolutely destroying 35mm film in the high ISO realm.  At lower ISOs, the 1Ds Mark II was even competitive with low ISO medium format films.  The world was changing quickly.

Over the next few years, technology has continued to evolve, from the Nikon D3’s amazing high ISO capability to the Nikon D3X and the Canon 5D Mark II and 1Ds Mark III’s extreme resolution at over 20 megapixels.  Also, the mirrorless industry has exploded and we are now getting extremely high image quality out of extremely small system cameras.  The newest cameras coming out are offering ISOs up to 204,800 and it is rumored that the next generation of high megapixel cameras are going to be in the 36 MP range this year.  The question becomes…who needs these kinds of shooting capabilities?  Some photographers most certainly will.  Most will not.  Sure, we’d all LIKE to have these capabilities: either because we want to make sure we have the best quality just in case we encounter a shot in insane conditions, or just because we want a pretty file to examine at 100% on the computer screen.

So, how do you determine what’s good enough for you?  Read on…

3 thoughts on “When is your camera good enough?”