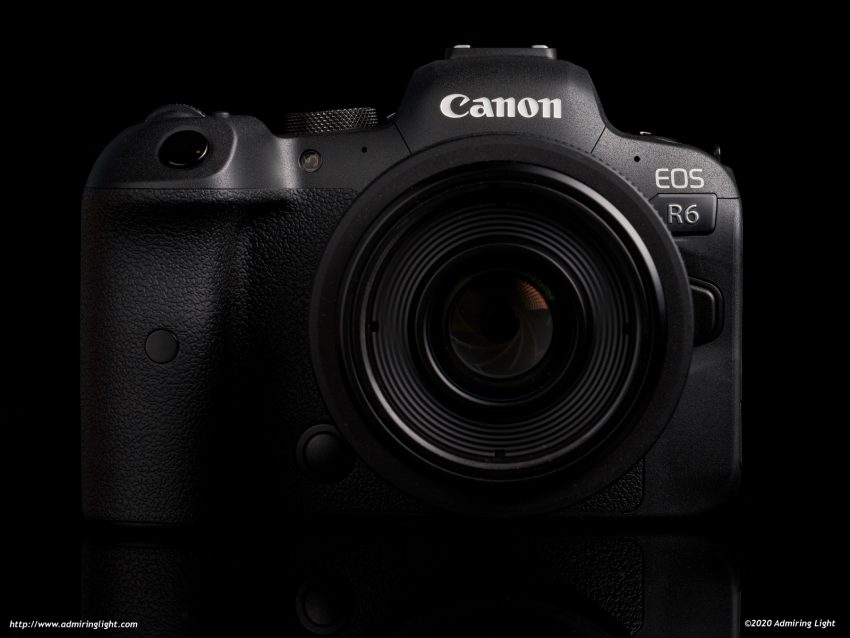 The EOS R6 features a 3.7 million dot electronic viewfinder that is the same resolution as the original EOS R. This is a little behind the best EVFs in the business nowadays, but is in-line with competitors at this price point. The viewfinder has a nice large magnification of 0.76x, and the optics are nice and clear. In a welcome upgrade over the EOS R, the R6’s viewfinder can be set to a clearer 120 fps refresh rate at the expense of some battery life. This is a tradeoff I’m more than willing to make. However, even with the better refresh rate, in low light the EVF drops its frame rate from the sensor noticeably, and as such it isn’t as smooth when panning as on some competitors, which is disappointing at this price point.

The rear screen is a 1.6 million dot 3 inch touch panel that has lovely color and contrast and is very pleasing to view. The screen is a fully articulated swivel screen. Over the past few months, I’ve come around to the fully articulated screen. I dislike that they are not in-line with the lens when shooting low in the landscape orientation, but the flexibility for forward facing and articulation in the portrait orientation makes up for the disadvantages. I’d like to see more makers with a take on Fujifilm’s multi-axis tilt screen, but full articulation like the R6 works well also. The only real downside to the articulated screen is that it doesn’t fold out a full 180 degrees from flat, but rather around 175 degrees.

The EOS R and RP had rather good autofocus, especially in single shot mode, with Canon’s Dual-Pixel AF providing fast and accurate focus. This has been cranked to 11 on the R6 and R5 with Dual Pixel AF II. While the EOS R’s continuous autofocus was merely passable, the autofocus on the R6 is among the best in the entire camera industry.

Focus in both single shot and continuous AF is exceptionally quick and very accurate. Eye detection and tracking on both human and animal targets is outstanding, and maintains a solid lock on they eyes regardless of where in the frame the subject moves. Accuracy during action is the best of most any camera I’ve used, with the Sony A9 being the lone exception, and that is very high praise indeed. The Eye AF and tracking allow you to focus on composition and have confidence that the shot will be in perfect focus on the eyes.

I did find the bird Eye AF can get a little confused if the bird in question has markings that create false eyes, but otherwise, the AF performance is simply remarkable. In tracking human subjects running, I found accuracy to be better than on my already very good Sony A7R IV.

The R6 also has outstanding capabilities beyond the autofocus for sports and action photography. The camera can shoot at up to 12 frames per second with the mechanical shutter and up to 20 frames per second in electronic shutter mode, all with continuous AF tracking. The sensor readout is around 1/50s on the R6, which will actually provide minimal distortion for most human shooting, but will be too slow for things like motorsports, hummingbirds or for use in tracking birds in flight due to rolling shutter artifacts. However, even ignoring the electronic shutter mode, 12 fps is very fast for action, and works with most RF and newer EF mount lenses.

There are a handful of limitations, however, as the framerate is dependent on using the newer LP-E6NH battery and having a battery charge above 60%. As battery power fades, so too does the top framerate available on the camera. I will say that despite the manual stating that 60% charge is required for the top-end frame rate, in my experience, that top frame rate is maintained at notably lower charge levels, and I can still shoot at 12fps until the battery drops below 30% or even a little lower.

The camera writes to UHS-II SD cards and does so very quickly. The R6 also has a huge buffer such that you can shoot up to 240 uncompressed RAW files or 1,000 JPEGs in a single burst (according to Canon). The 240 frame RAW buffer is only achievable with the very fastest SD cards. With my mid-range UHS-II cards (150MB/s), I can achieve 81 shots in a single burst with uncompressed RAW at 12fps. Changing to cRAW netted me 347 shots at 12fps before I tired of holding down the shutter button (and wished to save my mechanical shutter). At this stage the buffer still showed 70 shots remaining, so I have no doubt that in cRAW, the buffer is effectively unlimited at 12 fps. Switching to 20 fps electronic drops the cRAW buffer to 157 shots before the camera slowed down. JPEG yields unlimited shooting.

Overall responsiveness of the R6 is also outstanding. The wake up period from power off to shot is quite short, navigating menus and changing settings is very quick and fluid, and even if you’ve just rattled off 150 photos in a burst, there are no settings limitations or slowdowns. You can immediately review images that have already been shot (even while the remainder of a burst is being written to the card), change any setting or go into the menus. This is how a camera in 2020 should operate, and it only highlights deficiencies in this area by other manufacturers (stares intently at Sony).