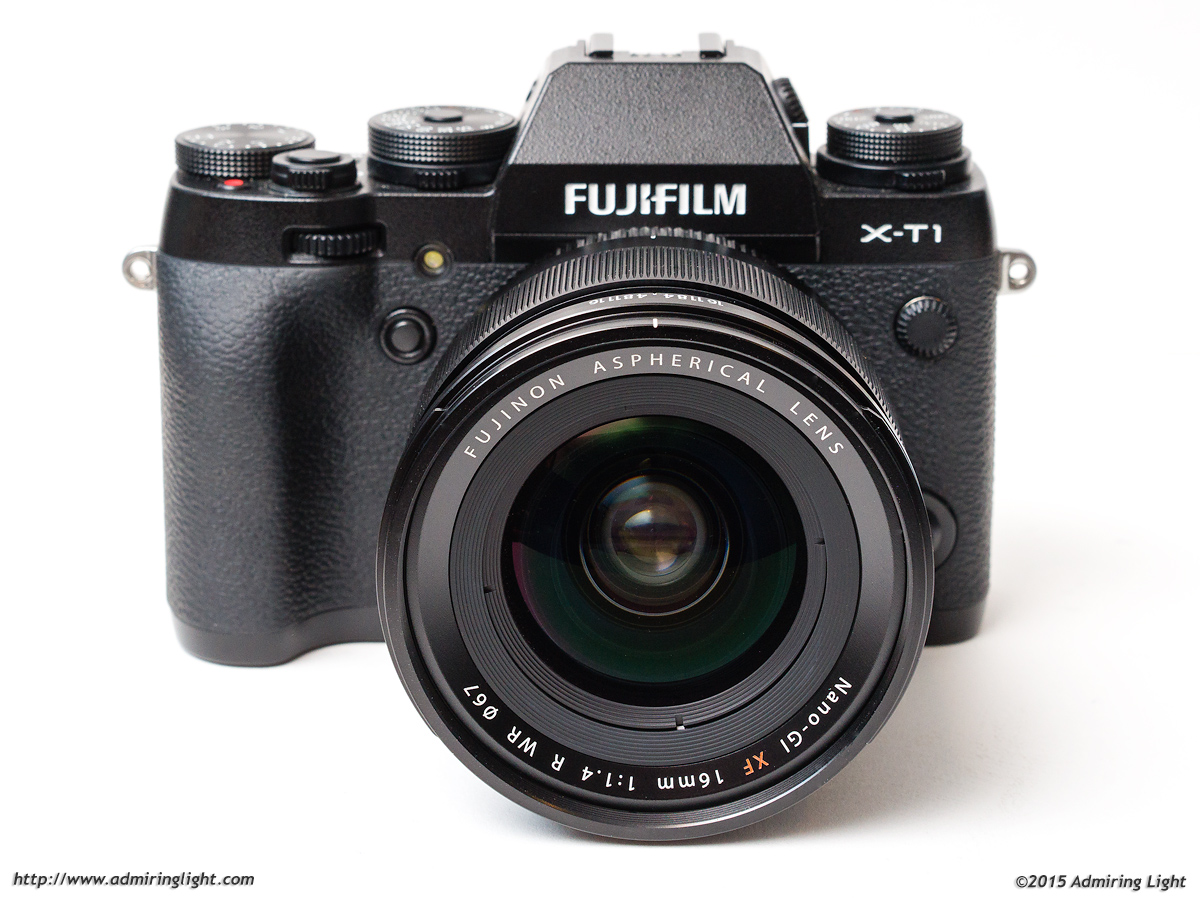 The Fuji 16mm f/1.4 R WR represents the latest fast prime lens to be added to the Fujifilm X lineup. There are now four prime lenses that feature apertures f/1.4 or faster spanning from super wide to short telephoto. Unlike the other Fuji X primes, the 16mm f/1.4 is the first weathersealed prime lens in the Fuji lineup, and it fills the niche for a fast super-wide lens.  The 16mm f/1.4 has the same field of view as a 24mm lens on a full frame camera, and so is useful for a very wide range of applications, from landscape and architecture to environmental portraiture.  Can this lens hold its own with the other excellent Fuji primes?

The 16mm f/1.4 R WR shares its design philosophy with the established Fujinon XF lenses, and most closely resembles the 23mm f/1.4, though as you’ll see below, it’s slightly longer and slightly larger in diameter.  The overall construction is excellent, with an all metal exterior shell and lens mount, and a solid and smooth focus clutch mechanism for manual focus.  Perhaps it’s due to the size, or perhaps some small changes that are individually hard to pick out, but the 16 mm f/1.4 feels like the most solidly constructed Fuji lens I’ve used, even if only by a hair.

Despite the slightly larger design, the lens handles as well as any of the other fast Fuji primes.  You’ll probably want a camera with a bit of grip, so the X-T1 or X-T10 would work very well.  The other Fuji X cameras will work beautifully too, though I’d recommend one of the add-on grips when shooting with the 16mm, just to make things feel a bit more balanced.

The 16mm f/1.4 WR is the first weather-sealed Fuji prime lens, and so features a rubber gasket at the lens mount and some internal sealing as well to help resist water and dust.  I didn’t shoot in any particularly heavy rain conditions, but I did shoot with it during a passing shower for a short time, and the lens performed admirably, with no apparent intrusion of water into the lens or camera.

The lens comes with a petal shaped lens hood that reverses easily on the lens and snaps confidently into place.  The hood provides good shading and front element protection without being overly bulky.

The focus ring on the 16mm f/1.4 features the same focus-clutch mechanism found on the 14mm f/2.8 and 23mm f/1.4.  Pull back the focus ring to enter manual focus mode, and you get a full distance and depth of field scale and hard stops at either end of the range.  Note that on newer camera firmware versions, you must also select manual focus on the camera before it’s enabled.  The focus ring is smooth to operate, though damping is light.

The lens also has an aperture ring like most of Fuji’s lenses, and in continuing the tradition of varying aperture ring resistance, it is a looser ring than the recent WR zoom lenses, and has a similar feel to that of the 23mm f/1.4.  I’m not sure why Fuji can’t decide on a ring resistance and use that for all of their lenses.  It can’t be that hard to do.  There are loose rings like the 14mm f/2.8, slightly tighter like on this lens and the 23mm, and stiffer rings such as the 60mm macro or 16-55mm f/2.8 and 50-140mm f/2.8.  Personally, I’d like all of the rings to operate similar to those on the f/2.8 zooms, which have the perfect blend of resistance and ease of use.

The 16mm f/1.4 doesn’t feature one of Fuji’s quietest linear motors like many of the zoom lenses, but the autofocus performance is quite good nonetheless.  Focus locks on swiftly and very quietly.  There is some noise if you really listen for it, but unless you are in an exceptionally quiet room, you won’t hear it during normal operation.  Focus accuracy was very good, and I don’t believe I had a single misfocus during the testing period.

Focus does slow somewhat in lower light, like all the Fuji lenses, but the speed remains usable in these conditions.