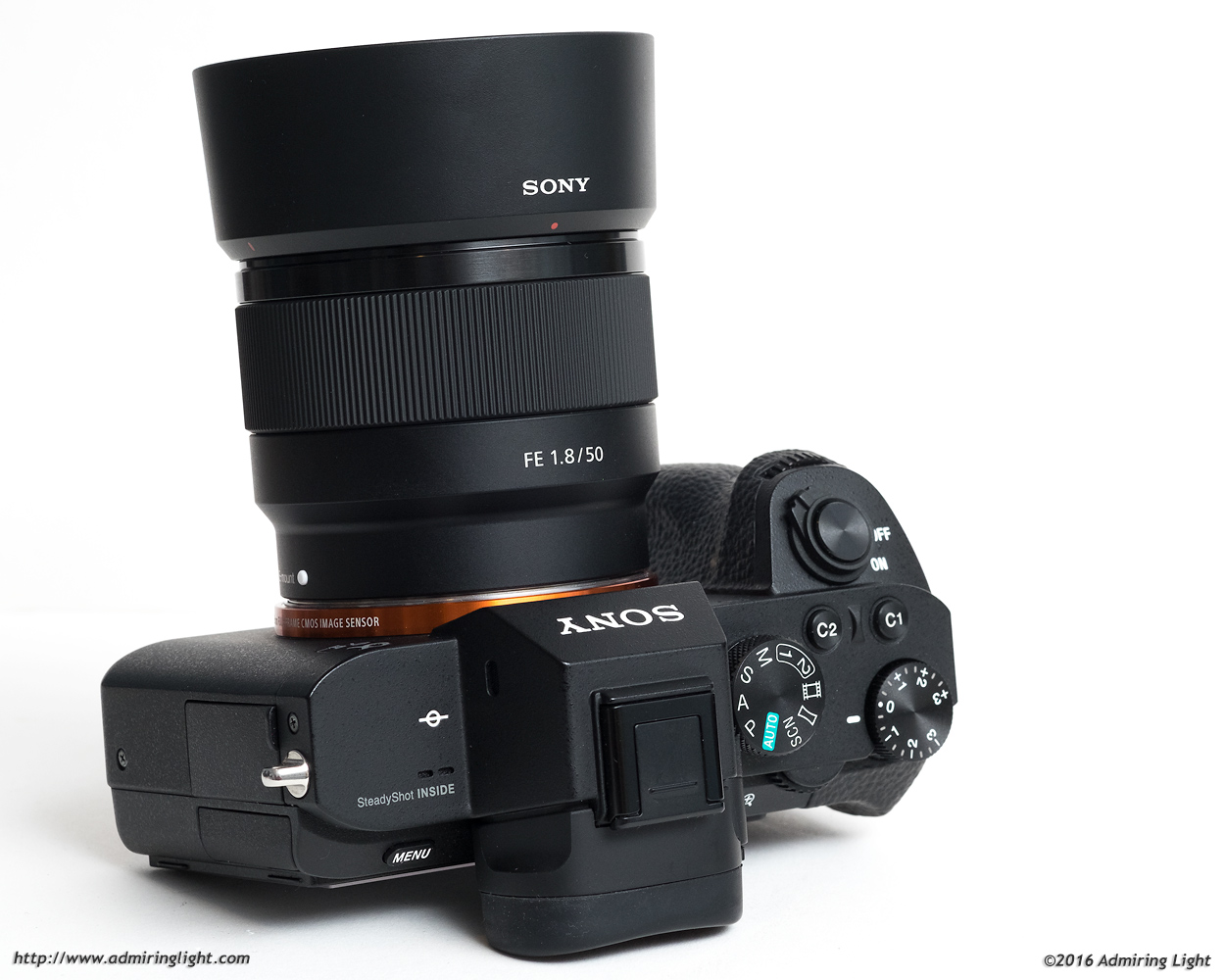 While the autofocus of the FE 50mm f/1.8 is disappointing, I can’t really say that about the optics.  The lens, in most situations, is extremely capable.

Being a low-cost consumer-grade lens, I didn’t really expect perfect image quality out of the FE 50mm f/1.8. I didn’t get perfect image quality either, but what I did get is very good quality.  The lens shows some minor softness at f/1.8, especially when focused very close up, but at more moderate distances beyond a meter, it actually produces good central resolution, and even maintains that towards the edges. What’s interesting to note is that at f/1.8, there’s a mid-zone dip in resolution around 1/3 of the way from the center, where it shows notably softening. It’s actually sharper at the edges than it is just outside the center.  The extreme corners are also soft at f/1.8, but overall it’s not bad at all.  For most shooting, it’s definitely very usable wide open.  Stopping down to just f/2.2 brings sharpness up considerably, though, and the images get a bit of bite. By f/2.8, the lens produces images that are very sharp almost to the extreme corners, and even those corners are quite good.  By f/5.6, it’s simply tack sharp corner to corner.  It’s a very impressive performance.  While not quite on the level of the FE 55mm f/1.8 when shot at wide apertures, stopped down it begins to rival the sharpness from that great lens. For a 100% edge crop of the shot below, click here.

Often, one of the things that gets left out of the design process with inexpensive optics is a focus on good out of focus character, but thankfully Sony has not gone that route with the FE 50mm f/1.8.  Out of focus areas are rendered with a beautiful softness, and specular highlights, while not perfectly neutral, are predominantly free of any bright ring outlining. A bit of a cat’s eye shape can be seen when shooting at wide apertures, near the corner of the frame, but I don’t find it distracting in most situations.  The seven-bladed aperture keeps highlights relatively round until f/5.6, where the heptagon shape begins to be visible in specular highlights.  I was quite pleased with the bokeh from the FE 50mm f/1.8

The FE 50mm f/1.8 doesn’t disappoint either with regards to color and contrast.  The lens renders colors richly with a neutral color cast.  Contrast is also excellent, right from f/1.8, as you can see in the image above.  The end result is that images look rich and vibrant. This behavior is probably the biggest surprise out of this lens.  It’s a cheap lens that renders like an expensive lens.

While lateral chromatic aberration is very well controlled, I can’t say the same about longitudinal CA.  Greenish blue fringes are quite visible when shooting at wide apertures, when just out off focus, while a magenta fringe appears on areas just closer than the focus point. This also can affect bokeh in some instances, with white specular highlights displaying a green ring around them.  It’s not a major issue in the field, but it’s definitely visible, and may require correction depending on the shot.

The FE 50mm f/1.8 continues it’s very good optical performance with good control of distortion and vignetting.  The 50mm f/1.8 shows a very minor amount of barrel distortion that is negligible in more situations.  Only in architectural shots where straight lines at the edges of the frame are an integral part of the composition will some minor distortion correction be required. Like all fast aperture lenses, the 50mm f/1.8 shows a bit of corner darkening at f/1.8, which eases somewhat at f/2.8.  By f/4, though, there’s essentially no field-relevant vignetting left to be had.

As you might expect from a lower-cost lens, the FE 50mm’s lens coatings aren’t the greatest in the world, but I actually expected a worse performance with regards to flare.  In most situations with bright light in the frame, there is only minor loss of contrast and minimal ghosting.  There can be some multicolored flare that surrounds the sun when it’s in the frame, but severe ghosting only occurs with the sun in a very specific location, which can throw rather impressive pink and green ghosts across the frame. As you can see from the shot above, it can certainly impact an image in the right circumstance, but it’s far from a terrible performance.