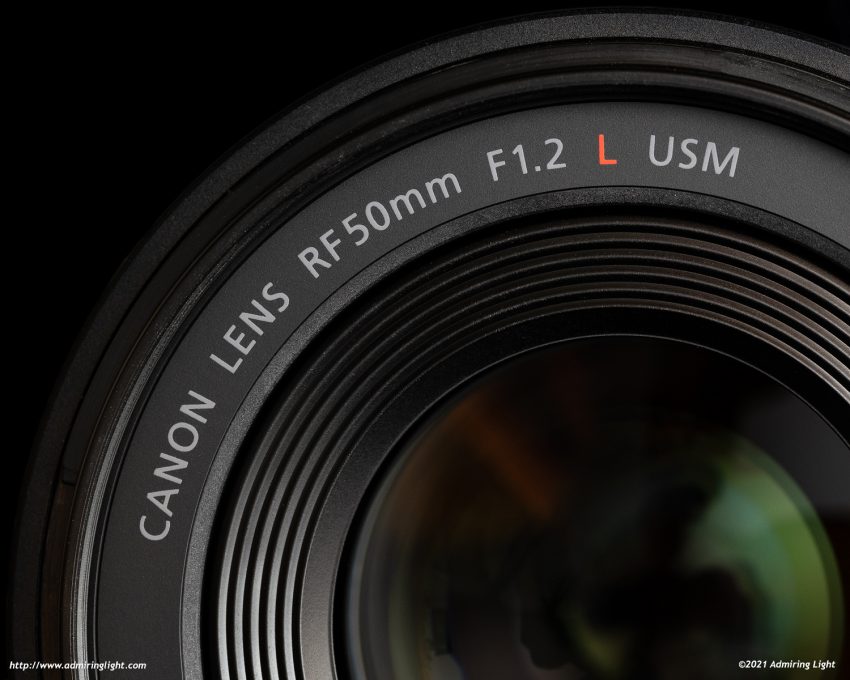 When Canon launched the RF mount mirrorless line of cameras and lenses, they released the system with an initial slate of four lenses. In a somewhat bold move, three of the lenses were core upper-end L-series professional lenses, including the RF 28-70mm f/2L, the RF 24-105mm f/4L, and this lens: the RF 50mm f/1.2L. Instead of beginning the series with the ‘nifty fifty’ 50mm f/1.8, which would come out two years later, or a more general purpose 50mm f/1.4, Canon went straight to the high end 50mm f/1.2L lens, and wanted to make a statement with the lens: this was to be the ultimate 50mm lens. Have they succeeded? Let’s find out.

The RF 50mm f/1.2L USM is a fair bit larger than the 50mm lenses that Canon has produced in the past 30 years, and weighs in at a quite hefty 950g, just a hair lighter than the original EF 50mm L lens, the ultra-rare 50mm f/1.0L, which weighed 985g. The RF 50mm f/1.2L is a fairly long 50mm lens, at 4.25″ in length. It’s a very dense, heavy and chunky lens, though to be honest, this has been the trend with high-end 50mm lenses from other manufacturers over the past decade as well.

Despite the large size and weight of the lens, the 50mm f/1.2L handles rather well on my EOS R6, as well as the EOS RP when used with the extension grip, though that camera without the grip feels rather front-heavy with the lens mounted.

The lens is constructed with a metal mounting plate and high-grade polycarbonate exterior, much like all of Canon’s RF mount glass. The 50mm f/1.2 feels quite solid in the hand.

While the RF 50mm f/1.2L maintains a constant length throughout the focus range, this is due to the barrel design, as the lens is not a true internally focusing lens. The focus group is the outer lens group, and this moves internally to the lens barrel, creating a recessed void in the lens barrel when focusing near infinity, as can be seen in the shot above. This is the resting state of the lens when powered off.

The lens, like all L-series lenses, includes a lens hood. The hood for the RF 50mm f/1.2L is a deep petal shaped hood made of plastic. Like all of Canon’s recent bayonet mount hoods, it has a locking button to keep it securely on.

The RF 50mm f/1.2L USM features a ring-type ultrasonic motor, similar to what has been used for years on Canon’s EF mount lenses. Due to the large amount of glass that moves, focus speed is moderate, but very quiet. That large heavy focus group can also be felt, as you can feel a soft kick from the focus group coming to a stop at the end of focusing. It’s one more subtle reminder that this lens is a bit of a beast.

I found autofocus to be very accurate, especially with the Eye-AF of the EOS R6, and the camera and lens were able to place focus directly on the subject’s eyes consistently, even at f/1.2. This is an area where the more accurate focus abilities and eye tracking technologies of mirrorless make a huge difference to shooting with ultra-fast lenses.