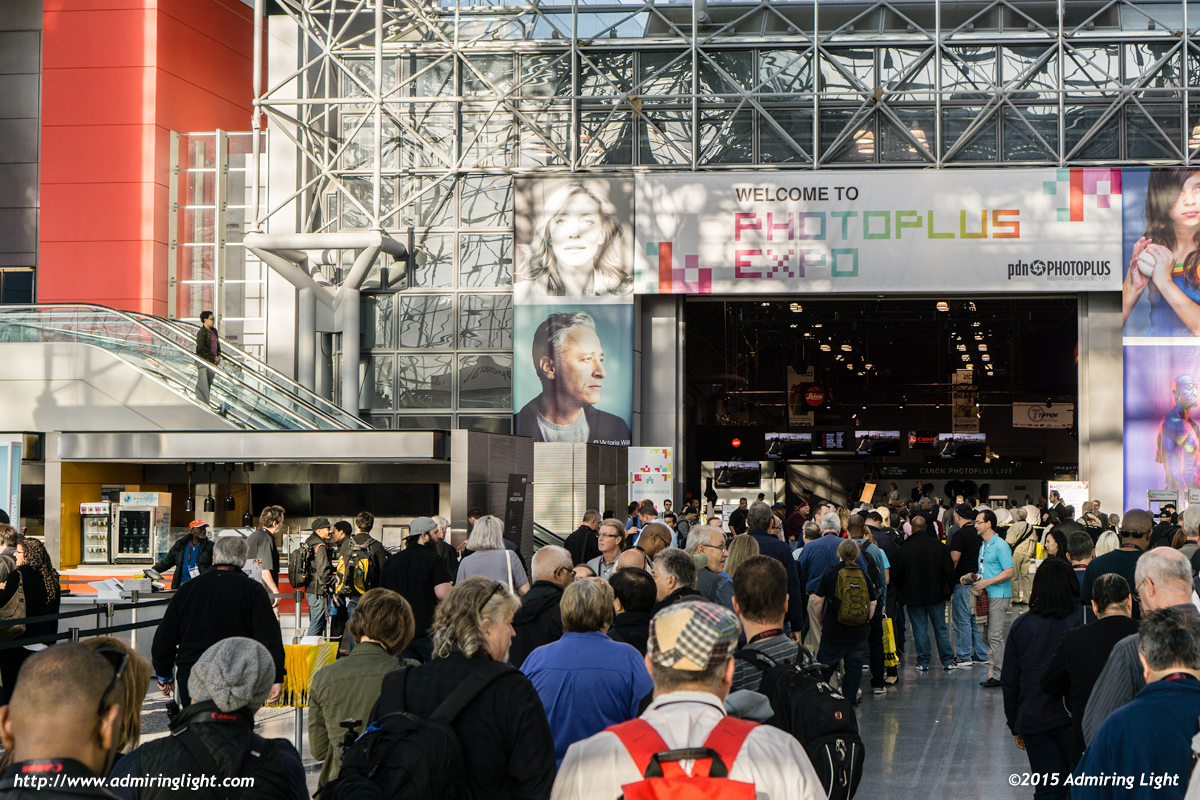 PhotoPlus Expo 2015 has come to a close, and I’m back home after a nice trip to New York.  Here I’m going to discuss a few of the other things I saw at the show as well as round-up the show a bit.

There were some nice things at the show, but overall, I have to admit to being a bit disappointed.  A lot of manufacturers had few announcements or no new announcements at all.  I was also disappointed that Voigtlander chose not to attend the show at all; I was looking forward to seeing the new E-mount wide-angle lenses.  Still, there were some nice things to see, and if you missed any of my earlier coverage, check it out below:

Canon had little new to display at the show, at least camera and lens wise.  I took a peek at the new EF-M mount mirrorless cameras and was left rather unimpressed.  Autofocus has improved from the earlier generations and they appear to be adding a fair amount of features, but both the M3 and new M10 just don’t feel like high-end tools in the hand, with too many compromises and too few lenses.  When I asked the Canon rep about them, mind you this person was manning the mirrorless and compact section of the booth, he seemed unenthused as well, and didn’t seem to know if further development was coming.  I get the impression that Canon and Nikon are just hoping the mirrorless thing disappears; I think they’re in for a rude awakening if that thought process continues.

I did stop by and take a look at the 11-24mm ultra-wide zoom, which is ginormous.  It’s currently the widest rectilinear lens in existence, until the new Voigtlander 10mm hits the market.  It’s impressively wide, and almost disorienting.  Perspective distortion can be extreme in the corners, and you really need to watch composition, but it could be an amazing lens for a lot of different unique situations.

Below is a full size image sample at 11mm, if you’re interested.  The front of the lens was probably around 4 inches from the 1DX.

A quick note on Samsung.  I spoke with the representative about the rumors of the NX line being folded, and at least according to them, there’s no truth to it.  Now, it’s very possible the news just hasn’t been filtered down to the front line reps yet, but they told me that they are “all-in” on the NX system, and that the NX1 exceeded their sales targets.  They also stressed that there is a 2016 lens roadmap that they intend to stick to.  We’ll see.  I really liked the NX1 when I reviewed it last year, but this year at PhotoPlus, there was nothing new on display.

Lensbaby makes specialty lenses that tend to accentuate blur and dreamy looks, and they are becoming more and more sophisticated with their most recent optics.  The new Composer Pro II is essentially a complete lens, with focus ring, smoothly adjustable 360 degree tilt settings and an interior diaphragm for the optics.  I used it with the Edge 50 optic, and was able to quickly adjust tilt and focus.  Lensbaby has come a long way from the early accordion style lens they started with. Most of Lensbaby’s optics are available in most any lens mount.

As I mentioned when I started this article, I was a bit let down by the lack of major new releases from a lot of the mirrorless companies, but there were still some interesting things.

While way out of my price range, the Leica SL is one of the few really interesting new announcements, with a high-end body and two excellent quality (though huge) lenses.  For more modest budgets, I was most impressed by the new Zeiss Loxia 21mm f/2.8.  It’s small, well-built and at first blush looks absolutely excellent optically.  I hope to get to review this lens as well as the new upcoming lenses for all the major mirorrless systems in the coming months.